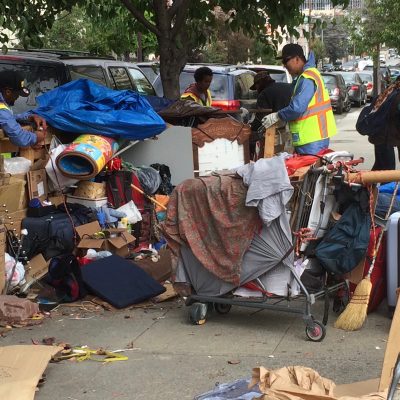 Previous post
If You're Going to San Francisco...Make Sure You Wear The Biohazard Suits! 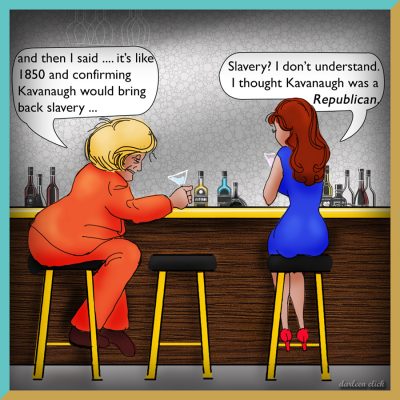 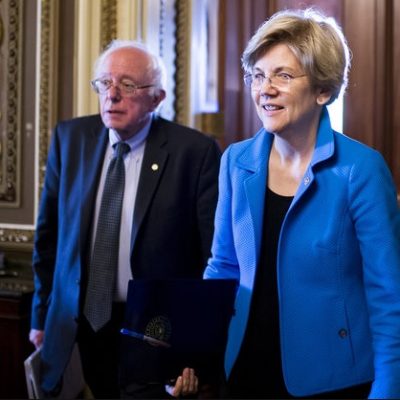 The midterms are rapidly approaching, but the New York Times is already laying odds on five contenders for the Democratic nomination for the 2020 presidential election. Isn’t everyone pumped for #Election2020? None of the names are surprising in the least.

Mostly because none of the five have exactly been shy about their ambitions.

Booker making friends in NH@jmartNYT & me on the 2020 Dem race that has already begun >>https://t.co/u8pK7D5o0S

The fifth, not mentioned in the Tweet’s lede, is Bernie Sanders. And there will be a cast of supporting characters as well:

The Big 5 will have company: Deval & Landrieu forming federal pacs, Garcetti telling donors they should plan on him running, Gillibrand stepping up midterm travel & talking to Clinton advisershttps://t.co/u8pK7D5o0S

This essentially will be the Democrat version of the 2016 Republican nomination process – which means that things could get very ugly, very quickly. I think we can all acknowledge that the Democrats planned on crowning Hillary Clinton as the nominee in 2016, and the entire Bernie movement steamrolled them from left field. As we all know now, the DNC made sure Hillary won – and we all know how that ended.

The Democrats are in quite the quandary for the 2020 election. This will be one of those rare years for the Democrats with no incumbent, no designated successor, and – at the moment – little agreement among the rank-and-file about who will be the candidate. The only thing that is obvious is that whoever the winner of the primary is will have to go hard left, probably even more left than Hillary did.

So, let’s look quickly at these top five names, and I’ll give them a single word summary.

Former Vice President Joe Biden: Old.
Biden was really the only competitor that Hillary feared as the 2016 primary season began. When he chose not to run, in the wake of family tragedy, it looked like it closed the book on Biden’s career. I think Biden could have probably beaten Trump. But that was 2016, and this is now. Biden has been out of Washington for a couple of years now, and is probably not “left wing” enough to satisfy the new “democratic socialist” base. Biden is as close to a moderate as you could find in this top five group (which should tell you something), but his time has passed.

Senator Bernie Sanders: Older.
Sanders has kept himself in the news ever since his primary defeat, but it hasn’t all been good (his wife’s bankrupting of a college comes to mind). Hand it to Bernie – for a man who will be 78 (!) by Election Day 2020, he knows how to work the younger crowds. He’s going to be rallying with the new socialist kid on the block, Alexandria Ocasio-Cortez, in Kansas next week. Again, a candidate for a New York congressional seat is going to campaign with a Vermont senator in Kansas. Uh-huh. Bernie is running. The question is, can he recapture the magic that nearly saw him overrun the vaunted Hillary machine, or is he going to be out-lefted and out-played by someone who checks off more intersectionality boxes? Bernie may end up playing spoiler if he doesn’t win the nomination.

Senator Kamala Harris: Unaccomplished.
The senator from California makes a habit of talking a big game on Twitter, and doing absolutely nothing in the Senate. The former state attorney general has a left-wing track record, but with zero accomplishment at the national level. She wants to be the next Barack Obama, since she was only elected to the Senate in 2016 and will have served less than one term in that position before trying a run for president. However, she doesn’t have Obama’s oratory gifts, and she does have a Twitter habit that is nearly as problematic as Trump’s. She may check enough boxes, but the field is too crowded to be an Obama-style blank slate without the polished rhetoric.

Senator Elizabeth Warren: Truthy.
The senator from Massachusetts is going to run away with her reelection to the Senate, so she has the luxury of being about to think about a 2020 election while comfortably wrapping up her Senate race, even though she has publicly denied that she’s running. But she has never satisfactorily answered any of her critics about her claims to Native American ancestry – or for using those claims for her own personal gain. Trump has not helped the situation with his continual references to her, but one has to wonder if Warren could keep her cool during a debate against Trump. Would Trump actually call her “Pocahontas” to her face? The idea that he COULD would make those debates TV gold.

But does Warren actually have a substantive record in the Senate to run on? She doesn’t write legislation, she only co-sponsors it. She is all talk and not much action. Again, something Obama got away with – but Warren, in a crowded field, can’t.

Senator Cory Booker: Re-run.
The senator from New Jersey wants to be the new, young, left-er version of Obama, with a little more time in elected offices in his resume. Booker, however, is devoid of any originality, and on the surface, just looks like a boring re-run of Obama. Again, there is little accomplishment at the national level and plenty of smack talk on Twitter. For all the Democrats who decry the Trump model of Tweeting, they sure do attempt to do the same thing. Booker also has some issues with embellishing his background – he has been able to get away with it as a senator, but the blogs and news sites that have already made note of his fabrications are not going to go away.

Even as the writers of the NYT article proclaim these five as the front-runners, they acknowledge a vital point:

All five have been traveling the country, raising money for Democrats and gauging the appeal of their personalities and favorite themes. As a group, they are a strikingly heterogeneous array of rivals for Mr. Trump, embodying the Democratic Party’s options for defining itself: They are distinguished by gender and race, span three decades in age and traverse the ideological and tonal spectrum between combative Democratic socialism and consensus-minded incrementalism.

Yet absent, at least so far, is either an obvious political phenom like former President Barack Obama or an establishment-backed juggernaut in the mold of Hillary Clinton. Unlike the last few Democratic primaries, the unsettled race evokes the sprawling nomination fights of earlier decades — lacking a dominant figure and seemingly inviting new leaders to rise.

“The opportunity for somebody to emerge and catch a wave hasn’t been this high since 1976,” said Anita Dunn, a veteran Democratic strategist, referring to another unpredictable primary featuring a multitude of candidates and a party wrestling with its identity.

So, the Democrats are going to give us Jimmy Carter 2.0 after this primary battle? Pass.

Interviews with about four dozen lawmakers, consultants and party leaders revealed a mood of emphatic uncertainty: Senior Democrats see their party in a historically volatile state, and they are wary of attempting another Clinton-style coronation. But many Democrats believe the party’s turn left, combined with the rising fury of progressive women and the grass-roots appetite for a political brawler, have created an especially inviting environment for Ms. Warren.

If article leans toward one candidate over the others, it’s Warren. And a Warren/Harris ticket would be mightily appealing to many Democrat left voters. But what about those who are in the #WalkAway movement, or middle America? How on earth are two candidates from the coasts going to connect with voters in flyover country?

And just how badly will they tear up each other before taking on Trump?

2020 is not a sure thing for either side. If the RNC is smart (which is questionable), their strategists are taking the information being scattered about by the mainstream media and starting to put a plan together. To not be prepared – and to depend on Trump to carry the day – is a recipe for disaster.