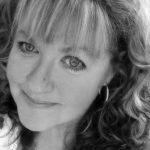 Kate is the founder, owner, and Editor-in-Chief of Victory Girls Blog. She’s been involved in several successful blog ventures for almost 20 years as Writer, Political Editor, and Managing Editor. She considers herself a happy warrior for conservatism. Kate lives with her family in the Pacific Northwest. She’s crazy about golden retrievers, vintage, the shooting range, shoes, wine, and politics. An unashamed Bibliophile, with a book or 2 in her oversized handbag, Kate frequents kitschy used bookstores throughout her area. She’s also mad for old black and white movies. You can email Kate here. 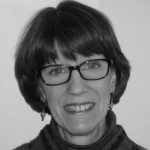 Kim Hirsch is a pint-sized patriot who packs some big contradictions. She is a Baby Boomer who never became a hippie, an active Republican who first registered as a Democrat (okay, it was to help a sorority sister’s father in his run for sheriff), and a devout Lutheran who practices yoga. Growing up in small-town Indiana, now living in the Kansas City metro, Kim is a conservative Midwestern gal whose heart is also in the Seattle area, where her eldest daughter, son-in-law, and grandson live. Kim is a working speech pathologist who left school system employment behind to subcontract to an agency, and has never looked back. She describes her conservatism as falling in the mold of Russell Kirk’s Ten Conservative Principles. Don’t know what they are? Google them! 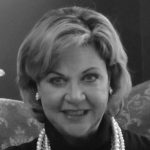 Toni Williams loves this country so much, she cries during the National Anthem. Born Conservative and slightly Misanthropic, she adores her husband, Army Captain son, dog and Russian ballet. In her spare time, she loves to eat food and hike The Smokies. 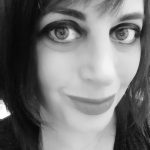 Lisa Carr is a feisty fireball from the East Coast. She speaks French, Italian (only the swears), enough Japanese to be dangerous and fluent sarcasm. She enjoys using that sarcasm whilst making fun of the plethora of liberal hipsters who reside in the Pacific Northwest. She is a lover of God, America, family, all things 80s-especially Reagan and punk rock/new wave. Lisa is the proud wife of a retired Marine (now airline pilot) and spends her time as a starving freelance voiceover artist, being mom to one son she loves too much to allow become a snowflake, running a senior citizens’ home for cats and writing for Victory Girls. 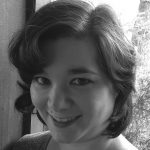 Deanna Fisher is a former freelance journalist and health insurance drone, turned at-home wife and mother to a supportive husband and four active children. She is a special needs mother and advocate with two sons on the autism spectrum. Born and raised in the Seattle area, she is an Army sister, devoted Seattle Mariners fan, and a staunch conservative whose roots stretch from the American Revolution to the Japanese American internment. 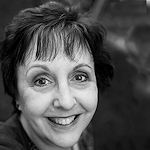 Darleen Click was born in Los Angeles back when the San Fernando Valley still had orange groves and she remains in Southern California. Her interest in politics and conservatism started when she was ten years old with her dad challenging her to read the daily newspaper and discussing articles over the dinner table. Happy wife, mother and grandmother, her day job for the last 19 years has been within the judiciary. Not one to let moss grow, she wrote for several years for Protein Wisdom, creates in Photoshop, cartoons, designs book covers, enjoys traveling with her husband to far-off lands, indulges in photography, is struggling to learn Japanese and carries a Kindle with her at all times. 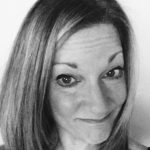 Jodi Giddings holds a master’s degree in English with a focus on book publishing. She’s a recent import to Northern Idaho, where she lives with her husband, daughter, and three increasingly neurotic cats. In her spare time, she can be found defending our Constitution, driving a ’57 T-Bird, rooting for the Dodgers, and cosplaying badass chicks. 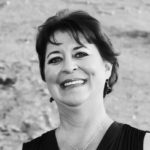 Nina Bookout, a resident of Northern Colorado, is a 5th Generation rancher’s daughter from Wyoming whose roots in this country pre-date the American Revolution. She is first and foremost an American Patriot with a love for this Republic, our Constitution, our Flag, and our Declaration of Independence that is fathoms deep and miles wide. Nina is a wife, mother, and business owner in the 2A industry. In addition to running the business and blogging, Nina relaxes by cooking with wine – sometimes even adding it to the food, reading, taking long walks, and hanging out with her husband. 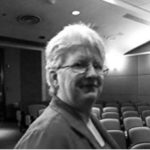 Amanda Green might not be a Native Texan but she got there just as quickly as her parents could move from Oklahoma. If asked what she wants to be when she grows up, she shrugs and smiles and asks why she has to grow up. A vocal advocate for Freedom of Speech and the Second Amendment, her greatest achievement is her son, a proud member of the Armed Forces. 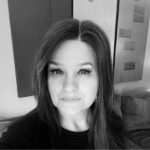 Carol Marks proudly and honorably served 8-years in the U.S. Navy where she was stationed in Washington DC for her whole enlistment. Currently, she helps catch bad guys from behind a computer and that’s all she can say about that. If asked to describe her political views, nowadays, the other side would call her an extremist. She is a constitutional conservative. Carol has been blogging since the early 1990s and recently moved behind the mic as a podcaster. When she’s not at her day job, or blogging and podcasting, you can find her in the gym lifting heavy weight or traveling with The Gent. 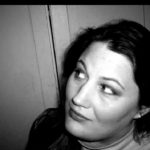 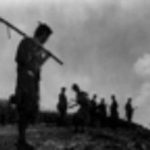 Paladin is a regularly featured Visiting Blogger at Victory Girls, writing the popular series “AMERICAN GOMORRAH ™️,” chronicling the life and times of today’s America. He is a Entertainment/IP Warfare Rōnin and self-identifies as a Y-chromosome Victory Girl.