Next post
Expensify: All Clients Must Vote For Biden 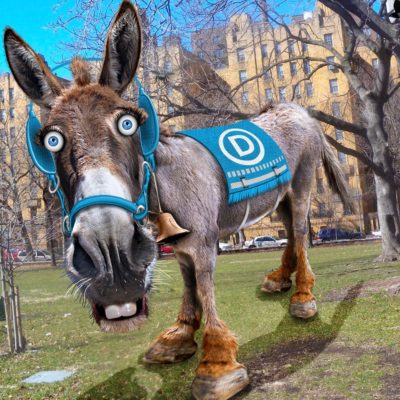 We all remember the dreaded photos of Virginia Democratic governor, Ralph Northam in a KKK hood back in 2019. Now, Patrick Howley, the very person who revealed the photos of Northam, has the so-called dirt on Arizona Democratic Senate nominee, Mark Kelly.

Astronaut-turned-douchebag? Or is it the other way around? Once a douche, always a douche, I say. But wait. No sooner than the photo surfaces, Kelly’s camp comes swooping in:

Those photos are not of Mark Kelly. See statements from our campaign manager and one of Mark’s classmates who attended this event #AZSEN pic.twitter.com/kUCg7c2UYv

Kelly and some former classmates also denied that it was him in the photo. So, maybe not. But Howley is not backing down:

Reporters are asking me about the well known fact that Mark Kelly dressed as Nazi dictator Adolf Hitler. Here is my statement: pic.twitter.com/UYJ9KFr3UL

Mark Kelly may be in the clear, he may not. Nobody has yet to say who was wearing the dreaded costume. While there will be some debate over the next few days leading up to the election questioning whether Democratic AZ Senate nominee, Mark Kelly, was dressed as Adolf Hitler at the Merchan Marine Academy’s Halloween party back in the day, there is no doubt that the anti-Semitic undertones of the Democratic Party go largely ignored by our friends in the media. We’ll start with this story out of New York:

I don't know. I guess I just find it kind of creepy when politicians spend months hounding Jews out of public gatherings and then, when Jews retreat into private homes, they send cops after them there as well. https://t.co/cugSrxR3ni

New York Governor, Andrew Cuomo and Mayor Bill deBlasio, have asked law enforcement to step in on several occasions to break up synagogue gatherings and Hasidic Jewish funerals. Why? Because funeral-goers were not adhering to the social distancing mandate. A big funeral gathering for a rabbi in Brooklyn, sure to spread the COVID didn’t draw quite the crowd that the George Floyd protests did weeks later but those were okay. Police were told to “stand down” and allow “protestors” to exercise their First Amendment rights. They were free to break windows, set vehicles on fire, harass law enforcement and were of course, exempt from catching the dreaded ‘Rona.

Yet, these very Democratic politicians and their supporters are the first to hurl the stones at Republicans and Trump supporters alike. Law and order turns into a desire to suppress the people. The Republican Party under Trump has been dubbed the “Party of Hate” and Trump himself has been likened to Hitler. Just the other night, Democratic Presidential nominee, Joe The Big Guy Biden, was first to mention Der Anti-Semitic Douchebag himself:

That’s like saying we had a good relationship with Hitler before he in fact invaded Europe.”-Joe Biden

Democratic President Franklin Delano Roosevelt and Hitler came into power in 1933. To say they were buxom buddies would be a stretch. But under the guise of a Democrat having America’s “best interests” at heart, FDR was responsible for the Japanese internment camps. Just saying. He also said this:

FDR was known to speculate on what makes an immigrant of “good stock”. Northern Italians were regarded as a higher pedigree to Southern Italians (and I am inserting my half southern-Italian, half-Eastern European middle-finger right here). Japanese immigrants were seen as “biologically different” and “untrustworthy”. FDR was proud to have helped institute a quota on the admission of Jews to Harvard. He claimed they “overcrowded professions” in Europe and that that this was part of “the understandable complaints which the Germans bore towards the Jews in Germany.”

Democratic president FDR may have sent some brave, willing American boys of all nationalities to invade Europe but he didn’t do it. He expressed thoughts that some of the German’s “complaints” were “understandable”? Understandable to fall oblivious to a dictator that wanted to snuff out a whole culture?

And here we are in 2020. Watching and listening to Biden supporters, BLM supporters, wanna-be “global citizens” from Hollywood who don’t understand economics, world affairs or the Constitution, call us “Nazis” because we dare to vote for Trump again. We watched Joe Biden get cozy with Linda Sarsour and Ilhan Omar. Joe Biden snuggled with China, a nation who brought us a deadly pandemic that is still doing its number on our economy and our psyche. China-a culture that embraces slavery and work camps, just like Adolf Hitler’s Nazi Germany. Then there’s this:

Shylock: a Jewish moneylender who is the main character in the play The Merchant of Venice by William Shakespeare. If you call someone a Shylock, you are criticizing them for always wanting more of something and for being willing to be cruel in order to get it.

That’s funny. Takes one to know one, we guess? Joe wanted more of something, too. A nice multi-million dollar home. A shopping spree. A cut of Hunter’s Burisma paycheck. The Democratic Nomination. The 2020 Presidency. The common thread with the Democrats is projection. Tell the people that the opposition is something they’re not so you can continue to carry on your elitist ideals of your ethnic pedigrees whilst keeping others downtrodden by telling them how they are hated and discriminated against. You love the victim, Democrats. Give ’em the old “sitting at the dinner table not knowing where money is coming from” line in your speeches and make sure to use that lower register in your voice to show them YOU care. People will vote for these schmucks and heaven forbid if Big Guy Schmuck doesn’t win, they will scream at the sky and call the rest of us “nazis” for four more years.