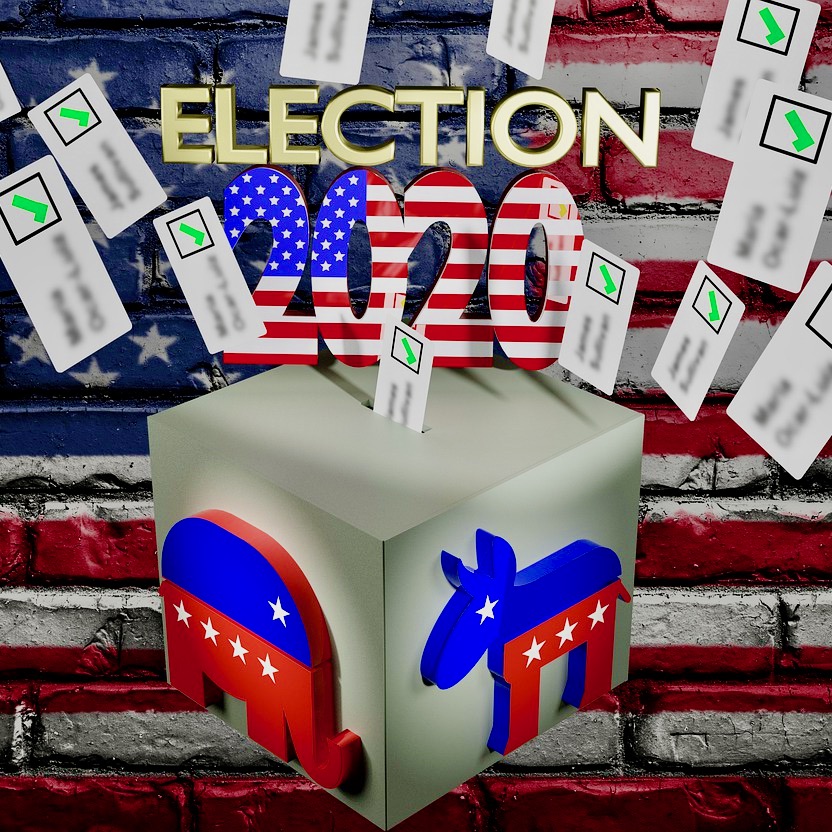 Expensify, an expense reporting software company, got VERY political this week. The company sent EVERY SINGLE ONE of their clients an email titled “Protect Democracy, Vote for Biden.”

.@expensify's CEO @dbarrett emailed their user base arguing they should vote for Biden or they are a bad immoral person.

Woke tech is shooting for new heights. Does this count as an in-kind contribution @FEC? https://t.co/e0vGPaFQ4Z. pic.twitter.com/ATLhRHE3ss

Let’s take a look at several of their “facts.”

“Q: What gives you the right to tell me what to do?

The first amendment.  To be clear, you don’t need to listen.  But the first amendment exists to encourage people like you and me to find some way to talk about the issues that matter, set aside our differences, and find a common ground on which to collectively govern 331 million citizens.  Yes democratic self-rule can be inconvenient.  But a burden of democracy is that this is literally our job, so I’m asking all of us to take it seriously.”

Davey, the First Amendment gives us all the right to FREE SPEECH. Nowhere is to be found that individuals or a company can TELL people what to do. Secondly, the 1St Amendment was never set up as a political tool. Third, we are a Republic and those we elect are NOT to govern, but are to follow the will of We The People.

Another of Expensify “fact:”

Voter fraud is virtually nonexistent, as overwhelmingly shown by data showcased by the White House itself.  That data comes from the Heritage Foundation, a conservative think tank counting every single known case of voter fraud since 1948, which adds up to only 1,290 distinct votes over 78 years.  In 2016 alone there were 138 million votes.  There is just no credible argument that voter fraud is significant, even based on Trump’s own data.”

Oh, so trying to use facts to say that there isn’t any voting fraud? By looking at the database, one can find in Colorado that there were 14 cases. The Expensify folks will look at that and exclaim ‘AH HA! Only 14 cases, nothing to see here!’  SEVERAL of those cases involved anywhere from 30-100 duplicate ballots and/or multiple absentee ballots submitted. In races to close to call, even FIVE votes can make a difference. California, in 2020, already has eight cases of voter fraud, specifically for buying votes.

Additionally, the sheer number of ballots that have been dumped across the U.S.  Houston, Los Angeles, New Jersey, and Louisville, KY.  would be defined as voter fraud. The number of vote fraud convictions in 2020 alone should anger us all.

Neutral? Forget about it!

““Expensify depends on a functioning society and economy; not many expense reports get filed during a civil war,” Barrett wrote. “… I am confident our democracy (and Expensify) can survive a Biden presidency. I can’t say the same about Trump.””

I nearly spit my coffee all over my keyboard at that one. WHERE THE HELL has Davey been all damned summer??!! Expensify has over 100 million customers. How many of those customers, whether the high-end retail stores, businesses in downtown Portland or Louisville, are no longer submitting expense reports because the riots have destroyed their businesses? Do not sit there and lecture us on civil war while ignoring the fact that the business model you provide serves small businesses that might be the very ones harmed by Democrats allowing looting rioting thugs to have free rein for the last six months. Do NOT point fingers at President Trump when it has been the Democrat Governors and Mayors who’ve ordered our police to stand down and let the riots go unchecked.

David Barrett decided that his company needed to get political. No, not political in the sense of urging everyone to do their civic duty by researching candidates and issues, and then voting accordingly. Instead he sends an email out to Expensify’s entire customer base basically ordering them to vote Biden or else.

David has the freedom to speak his mind and tell the world about his political views and voting choices. His employees have the freedom to do the same. This however, leaves a bad taste in my mouth, and I’m not the only one who thinks so.

I do have to give my sincere thanks to @dbarrett. He and his company @expensify’s misuse of my personal data to send me a pro-Biden spam email prompted me to do some thinking. Turns out we have the capacity to add users to our QuickBooks and dump his product thus saving money.

It will be interesting to find out how many customers are leaving because of this. Daniel Rothschild is correct, a relationship between a client and a vendor is about TRUST. Barrett broke that trust.

I sent an email to the CEO of @expensify pic.twitter.com/RmdRM55m43

Yes, about that trust. It seems that a significant number of customers live in other countries. There’ve been complaints. Expensify’s answer?

“PPPS: Are you annoyed that you received this as a non-US citizen? If you’re lucky enough to live in a democracy, then I’d encourage you to protect it and be willing to do uncomfortable things — like emailing millions of customers — to defend it.”

When you get that snarky and defensive, you know your virtue signaling demand was the wrong move politically and business-wise.

One last item to ponder regarding Expensify. This letter indicates that it was a majority to 100% agreed upon stance. Really? REALLY? Expensify has just told the world that the only way to think and vote is for Grifter Joe Biden. How does that contribute to an inclusive and positive work environment? Hint, it doesn’t.