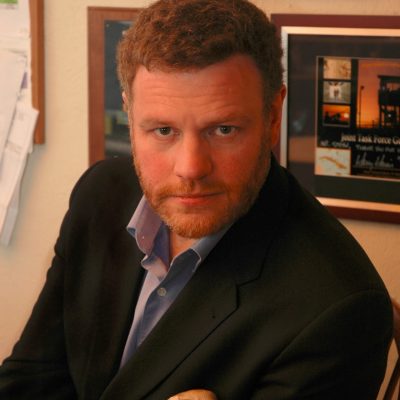 Previous post
Mark Steyn at his best in "The Barbarians Are Inside, and There Are No Gates" 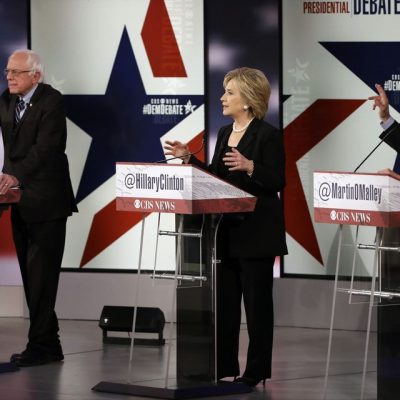 Next post
#DemDebate: The Recap You Never Knew You Needed, Round 2 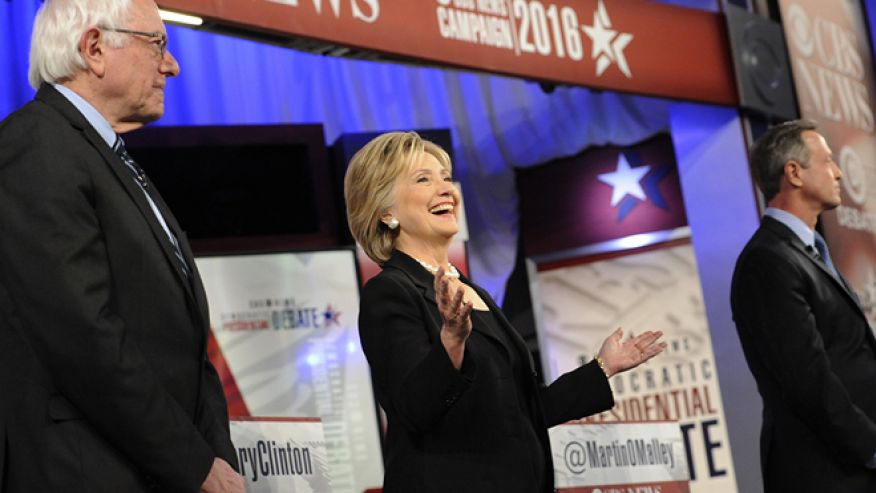 Did you know that there was a Democrat Presidential debate last night? I know, you’re thinking.. who in their right mind would have a 2 hour debate on a Saturday night?

Interestingly, half of the fireworks that one would expect to see DURING the debate happened several hours beforehand. That was when CBS determined, and rightfully so in my opinion, that the focus of the debate needed to shift to include foreign policy, terrorism, and national security after the attacks in Paris. Well it seems that Bernie and his strategist, Mark Longabaugh were all Berned up about it.

Sanders aide "lost it" on debate conference call with CBS. He does not want the focus to be on foreign policy

Think about that for a minute. A candidate for President of the United States, doesn’t want to discuss major foreign policy issues nor terrorism in the wake of the horrific terror attacks in Paris?  The format was adjusted anyway. Each candidate had one minute at the start of the debate to talk about Paris and their vision for America. 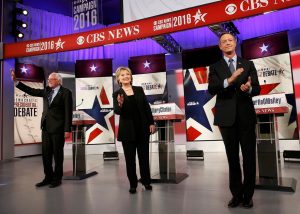 So, given his snit fit earlier, what did Senator Sanders have to say during his opening?

SANDERS: Well, John, let me concur with you and with all Americans who are shocked and disgusted by what we saw in Paris yesterday.

Together, leading the world, this country will rid our planet of this barbarous organization called ISIS.

this is how long Bernie talked about Paris before turning to Democratic Socialism pic.twitter.com/RQessZsWB2

To their credit, Governor O’Malley and Hillary Clinton spent the full minute on the Paris attacks and laid out in broad strokes their ideas of how to combat, as Clinton stated, the radical jihadists ideology. O’Malley stated that this 21st century face of conflict and war requires new leadership and new thinking along with fresh approaches. 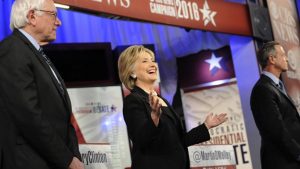 For the next 30 minutes the candidates were treated to a serious of questions concerning foreign policy, terrorism, and national security. Bernie hit at Hillary for her vote on Iraq linking it to today’s ISIS threat, and she responded by giving a history lesson of the terror attacks we’ve faced, with O’Malley jumping in to again reiterate that the conflict is old but the challenges are new.

At one point, later on in the debate Hillary (along with Bernie and O’Malley) reiterated her belief that we should take in more refugees, 65,000 to be exact.

I said we should go to 65, but only if we have as careful a screening and vetting process as we can imagine, whatever resources it takes. I do not want us to in any way inadvertently allow people who wish us harm to come into our country.”

For one thing, did no one tell her that one of the terrorists has already been identified as a supposed “refugee” who slipped through the cracks in Greece? I guess not. For another, I’d say bringing in an increased number of refugees is what she means when saying we need to support those who take the fight to ISIS. But don’t you worry! You see, Hillary has it all figured out.

But this cannot be an American fight, although American leadership is essential.

Oh goody. So we are going to lead from behind…way WAY behind. O’Malley disagreed with Clinton and emphatically stated that this is indeed America’s fight and we are at our very best when we stand up to the evil in this world.

Bernie was more aggressive in this debate compared to the last one and managed to get Clinton on the defensive. It was then that Clinton stumbled when she linked Wall Street and 9/11. Reaction was swift and led to a tweet being read to Clinton by someone who was understandably aghast at her remarks. She issued a half-hearted apology (likely gritting her teeth all the while) saying she was sorry if her remarks were “misconstrued.” 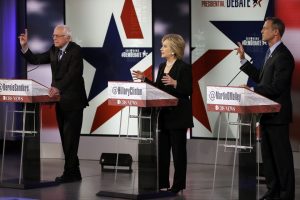 Alrighty then! Lets move on. Hillary was asked what the worst one was that she faced. And no, its not what you think. 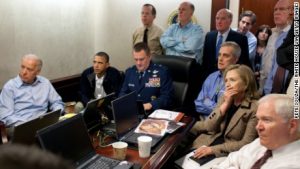 Hillary believes the decision to take out Bin Laden was absolutely excruciating. Don’t get me wrong, I’m thrilled we don’t have that particular terrorist roaming the earth anymore. But THAT’S her biggest crisis?? WOW

Bernie wasn’t about to be outdone by Hillary during last night’s debate.

The man has no clue. None.

It's a slap in the face to the victims of #ParisAttacks to have #DemDebate candidates pushing debunked #climatechange nonsense.

Unfortunately Paris was slapped in the face twice by all three candidates. Each one, when asked about the attack showing we are at war with radical Islam, refused to use that term.

O’Malley said: “I believe calling it what it is is to say, ‘radical jihadis.’ That’s calling it what it is. John, let’s not fall into the trap of thinking that all of our Muslim-American neighbors in this country are somehow our enemies here. They are our first line of defense.”

According to Sanders: “I don’t think the term is what’s important.”

This morning the news feeds, Twitter, and Facebook are all speculating as to who won the debate last night. I can tell you who won. ISIS and Radical Islam. Three candidates for President of the United States stood up on that stage and refused to call a spade a spade. They refused to call out Radical Islam for the havoc they are sowing across the world. Instead it was all fresh approaches, support, climate change causing terrorism crap, and appeasement. The losers on that debate stage last night? America and Freedom.