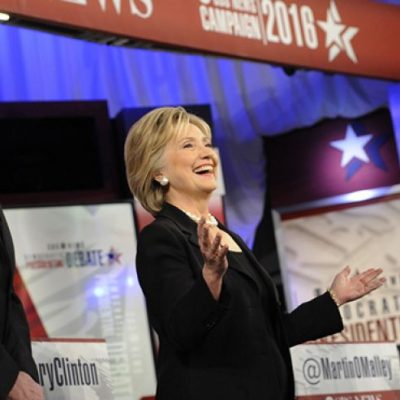 #DemDebate: The Recap You Never Knew You Needed, Round 2

#DemDebate: The Recap You Never Knew You Needed, Round 2 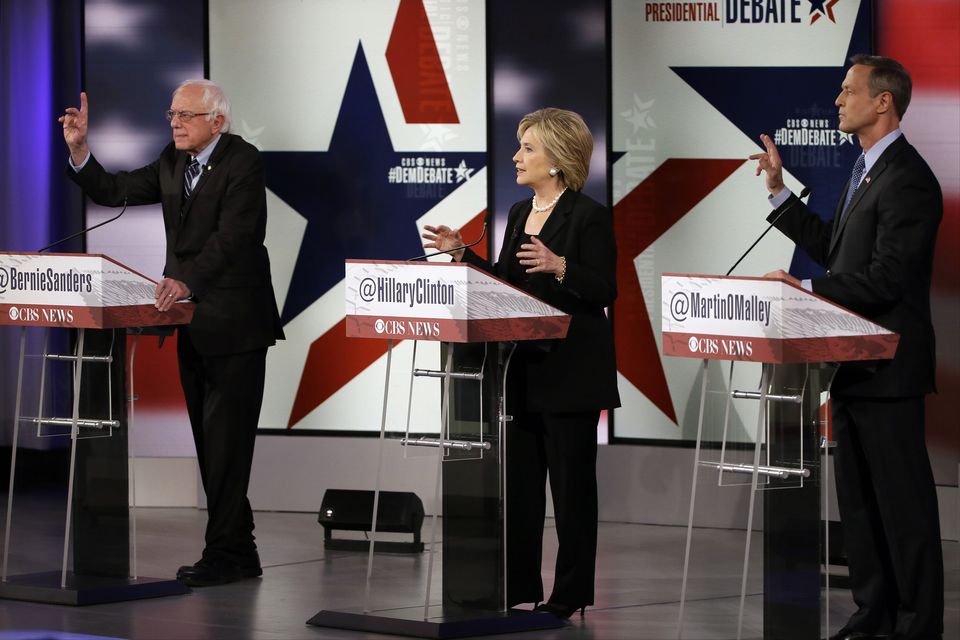 And then there were three. Former Secretary of State Hillary Clinton, former Maryland governor Martin O’Malley, and Sen. Bernie Sanders, I-Vt. Once again, we watched it so you wouldn’t have to. These debates are merely a formality, I mean we all agree that Hillary’s got this, right? As I explained in a previous Democratic debate recap post, liberals do not have “winners” and “losers,” so I’ll avoid using such irresponsible terminology. Last time around I handed out participation trophies, this time around I’m going to be giving each candidate their own privilege score. Everyone is special and unique, but everyone is also equal – some are even more equal than others.

Without further ado, here’s what you need to know about your candidates:

O’MALLEY: And may I point out that under Ronald Reagan’s first term, the highest marginal rate was 70 percent. And in talking to a lot of our neighbors who are in that super wealthy, millionaire and billionaire category, a great numbers of them love their country enough to do more again in order to create more opportunity for America’s middle class.

O’Malley said that statement like it was Reagan’s crowning achievement, yet he failed to note the following:

O’Malley said that in President Ronald Reagan’s first term, “the highest marginal [income tax] rate was 70%.” That was true only briefly. In Reagan’s first year in office, he signed a bill reducing the top rate to 50%. And in his second term, he reduced it again, to 28%.

It’s okay, O’Malley, no one voting for you will be doing their homework on those numbers.

O’Malley frequently touts anti-gun rhetoric, as well as his work in Maryland, a state that ranks in the top 10 for strictest gun control. Meanwhile, while O’Malley was debating…

A 27-year-old man who was fatally stabbed Saturday evening became Baltimore’s 300th homicide victim this year, a gruesome milestone for a city that has struggled to curb rampant violence of a kind not seen since the 1990s.

Democrat policies have turned Baltimore into a steady version of The Purge, but sure, please come to my state and work your magic. You see, for Democrats it’s all about gun related deaths, not deaths in general. So, if your rapist strangles you, it doesn’t count into the numbers they care about, but if you shoot your attempted rapist/murderer, it does – and negatively so. Apparently in their world, being dead from a gun shot is much worse than being dead in general. Who knew?

Let’s tally up his total:

All together, we have a privilege score of -12. Yikes, O’Malley, you need to check your privilege, bud.

SANDERS: I don’t think the term is what’s important. What is important to understand is we have organizations, whether it is ISIS or Al Qaida, who do believe we should go back several thousand years. We should make women third-class citizens, that we should allow children to be sexually assaulted, that they are a danger to modern society.

Radical Islamic organizations, Bernie, but we’ll put that aside for now… At least you’re acknowledging that they’re repressive towards women. I so often hear Democrats talk about the “victims” of catcalls, or the “victims” of a fictitious wage gap, it’s nice to hear them talk about, you know, real victims.

SANDERS: In fact, climate change is directly related to the growth of terrorism.

You had to ruin it, didn’t you, Bernie? According to Bernie, climate change is the greatest threat to national security. In short, monsters terrorized Paris, killing 129 individuals, because of weather patterns. The heat from the desert has forced men to perform genital mutilation on little girls, right, Bernie? Question… Do dust storms ever get under your skin so much that you put people in cages and light them on fire? Have you ever been in a drought so bad that you stole countless women from their families, and then allowed them to be raped 30 times before breakfast until they begged to die? The “scientific” studies note discontent as a major cause, but why is it that Islamic militants have been committing such horrific acts and terrorizing the world since their beginnings? Maybe it’s not a “discontent” issue, maybe it’s a “despicable human beings” issue?

Let’s tally up his total:

Looks like Bernie has a privilege score of -1. Well, O’Malley, this doesn’t look good for you…

Abortion was not among the questions posed to the GOP contenders (though Dr. Ben Carson mentioned the preborn in his closing statement). The former First Lady, Senator, and Secretary of State leveled the charge in response to candidates’ claims that their tax plans would most benefit families. “What’s really pro-family: Supporting equal pay, paid leave, affordable child care, and Planned Parenthood,” she tweeted.

Nothing is more “pro-family” than lying to women, butchering their children, and then selling the parts… Right, Hillary? So how close are the ties between Hillary and Planned Parenthood? Well, aside from being the largest recipient of their political donations, Hillary also employees Cecile Richards’ daughter. You know, one of the three kids that survived Richards’ family plan.

In an added sign of bonhomie between Clinton and the top Planned Parenthood executive, Richards’ daughter, former Democratic National Committee spokeswoman Lily Adams, signed up last spring with the Clinton campaign as Iowa press secretary, a high-profile portfolio for a campaign eager to shore up support in the important early state that rejected Clinton in 2008.

Hillary is not even ashamed of her nefarious ties at this point, she just drags them out and knows that her gender and political affiliation alone will be enough.

I imagine her campaign meetings look a little something like this:

Let’s tally up her total:

That leaves Hillary with a total privilege score of -8.

Congrats, Sanders, you are the least privileged candidate.

I thought I’d end this by giving you a glimpse of each candidate by including their closing remarks. Below you’ll find the three Democrat candidates giving their closing speech, a delightful highlight of the night:

Sorry, wrong video. How careless of me, here’s the recap of the closing statements:

During closing remarks, Hillary was asked about a most difficult crisis that proves she’s “tested.” She said it was when she was a formidable voice of advice in the hunt for bin Laden; apparently everyone except the guys who pulled the trigger get to claim this as an achievement. However, I give her points for answering a question that talked about a difficult crisis – which resulted in her being “tested” – without discussing her husbands sexual escapades.

Was that below the belt?

Martin O’Malley knows how to manage people in a crisis. Maryland is a better state because he united the people, because he was just one more piece of the Democrat run society in Baltimore that has come to be a utopian paradise.

Bernie Sanders used his closing remarks to touch on income inequality, again, and in case you needed a reminder of what his rhetoric produces, feast your eyes upon this:

All three candidates were also asked about statements made by GOP candidate Marco Rubio regarding radical Islam.

Former Secretary of State Clinton, Vermont Sen. Bernie Sanders and former Maryland Gov. Martin O’Malley declined to use the words after being asked during the CBS debate whether they would agree with GOP presidential candidate Sen. Marco Rubio saying, “We are at war with radical Islam.”

The front-running Clinton said using the term “radical Islam” would be “painting with too broad a brush.”

She also said the term was “not particularly helpful.”

Marco responded to their debate verbiage on Sunday during an episode of “Meet The Press.”

GOP presidential candidate Sen. Marco Rubio said Sunday on NBC’s “Meet the Press” that not saying “Islamic State” would “be like saying we weren’t at war with Nazis, because we were afraid to offend some Germans who may have been members of the Nazi Party but weren’t violent themselves.”

“I don’t understand it,” the Florida lawmaker continued. “We are at war with radical Islam.”

I agree with Rubio, and find it careless that these pandering cowards on the stage refused to use the term “radical Islam” while the authorities in Paris are still trying to identify the latest victims killed by “radical Islam.”

All in all, it was just another trio of quasi-socialists/socialists gathering on a stage to talk about how unfair life is, how they plan to steal from a bunch of people on your behalf, and how they plan to do virtually nothing to tackle those mean guys who just happen to belong to the religion of peace by pure coincidence. No pizzazz, nothing of substance, and utterly boring. Thank God it ended early so that I could go watch paint dry.

Dear God, Save us from these tools.