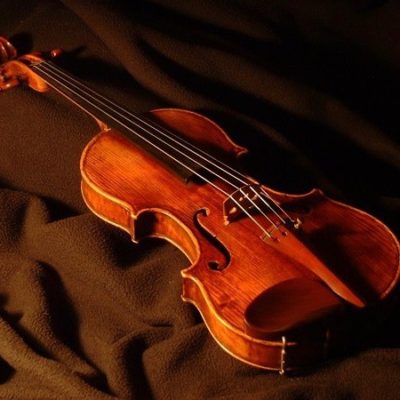 Lucian K. Truscott IV of Salon has a sad again. So much sadness he wrote his heart out in a post yesterday. Sadness and melancholy and doom and gloom.

How many times can you say “I’m so sorry” without the words losing their meaning? How many times can you answer a text or an instant message or an email by typing “I’m so sorry” without becoming inured to the feeling of sorrow? Even if you manage to pause your constant grief, you’re hit between the eyes with another statistic, another story. The day the coronavirus death total hit 220,000, we learned that the parents of 545 children who were separated at the border cannot be found. Can you even imagine?-Lucian K. Truscott IV

So. Much. Sadness. The COVID. The racial divide. Children at the border separated from their families. George Floyd murdered on a street in Minneapolis by a policeman. The utter destruction that followed on our city streets. Wildfires in the west.

For Truscott, it’s been “a year of constant sorrow”. And liberal talking points to stir up that sorrow. Dousing more oil on this fire again:

We’re so busy staying safe ourselves, and wearing our masks and figuring out when the Target has the fewest customers so we can safely pick up more toilet paper and shampoo and see if they’ve got the spray cleaner with bleach in stock that we’re almost unaware of what we’ve lost.”-“-Lucian K. Truscott IV

So. Much. Sadness. You know what’s sad? Hoarding toilet paper…but I digress.

I am not discounting the sadness one feels after losing a loved one under any circumstances. And, I, for one, can never imagine finding my child has gone missing into another country and not wanting him back. I do think that there are corrupt police officers but most are just trying to make an honest living. The wildfires in the west that were the signal of severe Climate Change? We lived through them and hopefully, some Democrat governors and liberal policymakers have learned that overgrowth in forests is not a good thing.

But I would argue Truscott’s point of “we’re almost unaware of what we lost”. No. This is where he is wrong. We are not unaware. We are wide awake from any slumber.

For the last two weeks, my work sent me home because I came into contact with someone with COVID-19. I stayed put until my first test results came back; canceling appointments and putting life on hold. People are doing this every single day. I became sad, depressed. I also seemed to lack motivation and inspiration for a time. This was only a little less than two weeks and it was enough for me.

I am happy to report I am COVID-free. This put a brief pause on my life as I know it-just minor inconveniences and I do consider myself lucky and blessed. But I would argue that life in 2020 has stopped for some-not in physical death but in the interactions with every day people. We have become unrecognizable to some as we cover up our smiles and speak in muffled voices at our workplaces. We’ve stopped convening for birthdays, holidays and just social time in general. The elderly in our assisted living facilities are left to be alone, fearful and robbed of any of the joy they may have in their last years of life because they cannot see children, grandchildren and great grandchildren. The rest of the folks in their golden years like my parents and my husband’s parents are homebound-worried if they will be next-depriving themselves of companionship and their loved ones. The Democrats brought this fear by way of mass media. They’ve had a captive audience since February and they capitalized on this. The President did this, talking heads say. These talking heads that have graced the breakfast, lunch and dinner tables of these very people who are hunkered down. They’ve seen Don Lemon’s face more than they’ve seen their family members or neighbors. And now, these people are placing their hopes on the one who has been hiding out, in fear himself. in fear of perhaps catching COVID-19 at his advanced stage? Maybe. In fear of answering hard questions, definitely. In fear of scrutiny? You betcha.

So. Much. Sadness. But the Democrats want them. They want a captive audience. They want people to be sad. They want them to be fearful. They want their voter base to be depressed and desperate for change from the last four years. They want people helpless and hopeful for guidance. They want all of that and they want to give the false hope to these people whilst they grasp the power from under their noses and make drastic, disastrous changes to our country fundamentally, “for the better”, they say.

Do you know what I’m sad about? I’m sad my friends’ businesses shut down. I’m sad people don’t fly as much. I’m sad that we have to logistically plan social distancing holiday get-togethers. I’m sad my mom is so fearful of my dad’s COPD that she does not want to see us and has closed herself off to friends in her town. I’m sad that these people-these dirty, rotten people-have duped people that I love very much into thinking the kinder, gentler, more ethical and responsible way lies in choosing radical ideology over freedom, dependence over independence, groupthink over individualism and fear over faith. I am sad that these dirty sons of bitches have brought people to the point where they choose politics over friends, family and genuine cherished memories and laughter. If I have to hear another commercial with a voiceover talent who sounds like Christine Blasey Ford during the Kavanaugh trial saying “we’re all in this together”, I might scream.

So. Much. Sadness. And in this twisted world, Biden is the light in the darkness? Biden is life over death? The establishment politician is going to make everything better? The perceived cure IS worse than this disease.