Previous post
Sadness And Melancholy Of The Left: Their Trump Card 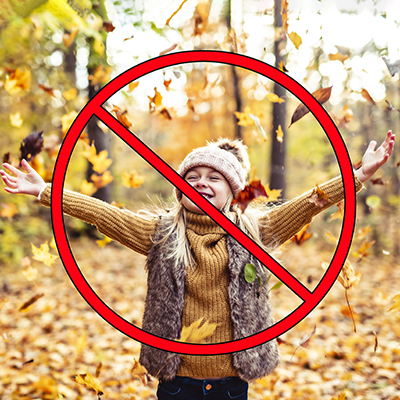 Have you ever met a happy Leftist? I’m serious and, honest to God, I’ve yet to meet any person who puts Leftism – or it’s subsidiaries, Feminism, Intersectionalism, Anti-racism, Social Justice – as the front-and-center purpose of their life, who is happy.

Fact is the Left cult ideology won’t let them be happy. They are the living embodiment of the old saying about Puritans being possessed by “the haunting fear that some one, somewhere, may be happy”. Let me introduce you to writer Hazel Cills and her latest screed about Everything Is Racist. She demands you pay attention that your enjoyment of fall – from turning leaves to pumpkin pie – is nothing but manifest White Supremacy!

For the past decade, the basic white girl who loves fall has become so solidified in the cultural imagination that she may as well be the season’s Easter Bunny.

it’s also a season for the nation to collectively get nostalgic for its own beginnings. Thanksgiving, a holiday defined by whiteness, has been glamorized for more than a century for school children and white families alike.

Into the 1900s, Thanksgiving’s importance as a time to celebrate domesticity and white, all-American nationalism would expand.

Yep, it’s I see white people RHEEEEE!! pretentious drivel all the way down. Cills’ 3,000 word lament over all things autumn contains the word “white” 36 times and, boy howdy, does she try like the dickens to make you feel guilty of WHITE SUPREMACY!! if you let one bit of pumpkin pie pass your lips …

“Judging from the popularity of canned pumpkin and bakery pies, many women experienced no contradiction as they took advantage of the most modern manufacturing innovations and conveniences to perpetuate old-fashioned values,”

… or one sip of pumpkin spice latte …

But nothing has tightened that connection between modern white women and romantic nostalgia for an agrarian life, while delivering a steady stream of autumn on demand, quite like the modern proliferation of pumpkin spice.

Cills has a particular hard-on for the Gilmore Girls show. OMG! It is set in New England and is full of autumn and wypipo!!

But there’s more to Gilmore Girls’ New England romanticism at work beyond celebrating the changing seasons.

“It is also a very racially constricted dream … reflected in the pervasive whiteness of Stars Hollow and the producers’ use of a few ethnic minorities as exotic ‘seasoning’ for an otherwise racially homogenous town.”

You just know underneath those piles of autumn leaves there are Klan hoods just waiting to be used. Well crafted crosses of Vermont maple ready for the firing.

Hang with me a little more, dear reader. I understand you have little-to-no patience with this kind of endless bitching. It crops up every autumn from the ranks of leftwing, professional killjoys dedicated to sucking the happiness out of Thanksgiving and Christmas. We endure the seemingly endless charges that Thanksgiving and Christmas are either invented or culturally appropriated. Even Charlie Brown is not immune to attack.

And, yet, Hazel Cills is close to a cliched stereotype herself. A pouty, hollow-eyed white girl living in New York City snearing at other white city folk who dare to enjoy a day of apple-picking in the country.

To visit a farm and pick a few apples is a way for white-collar city dwellers to play-act a pastoral fantasy,

Hazel is that relative who shows up to Thanksgiving or Christmas to hang out in the kitchen sampling the food while asking loudly why your coffee isn’t fair trade and how come you don’t offer enough gluten-free, vegan options on the menu.

So what, dear Hazel, if Thanksgiving is “invented”? The origin of the holiday is not nearly as important as what is being honored or celebrated. Unremitting resentment is the enemy of gratitude. Gratitude for our blessings allows us to open our eyes and take joy in even the smallest things. But gratitude also makes for happy, well-adjusted people and that’s not something you, dear Hazel, or the rest of your Leftwing ideologues want. Grateful people tend to be independent minded and are less easy to control.

Poor Hazel, I’m sure she’s a delight to her family during the holidays. Heh.

Now, excuse me. I’m now in the mood to bake a batch of pumpkin-spiced cookies while watching Miracle on 34th Street. Autumn is my favorite season.