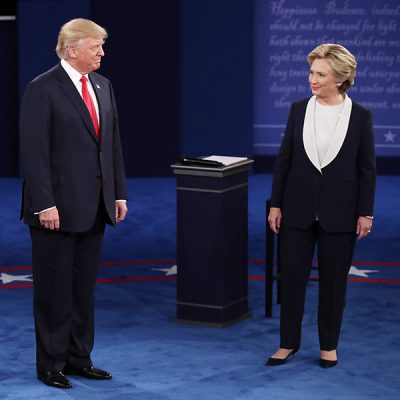 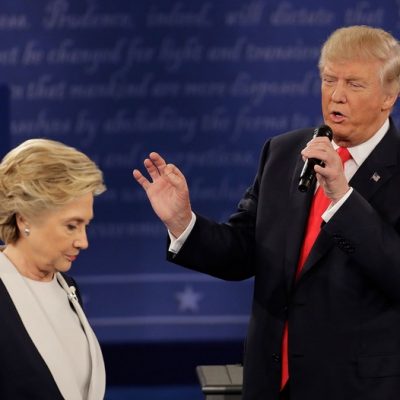 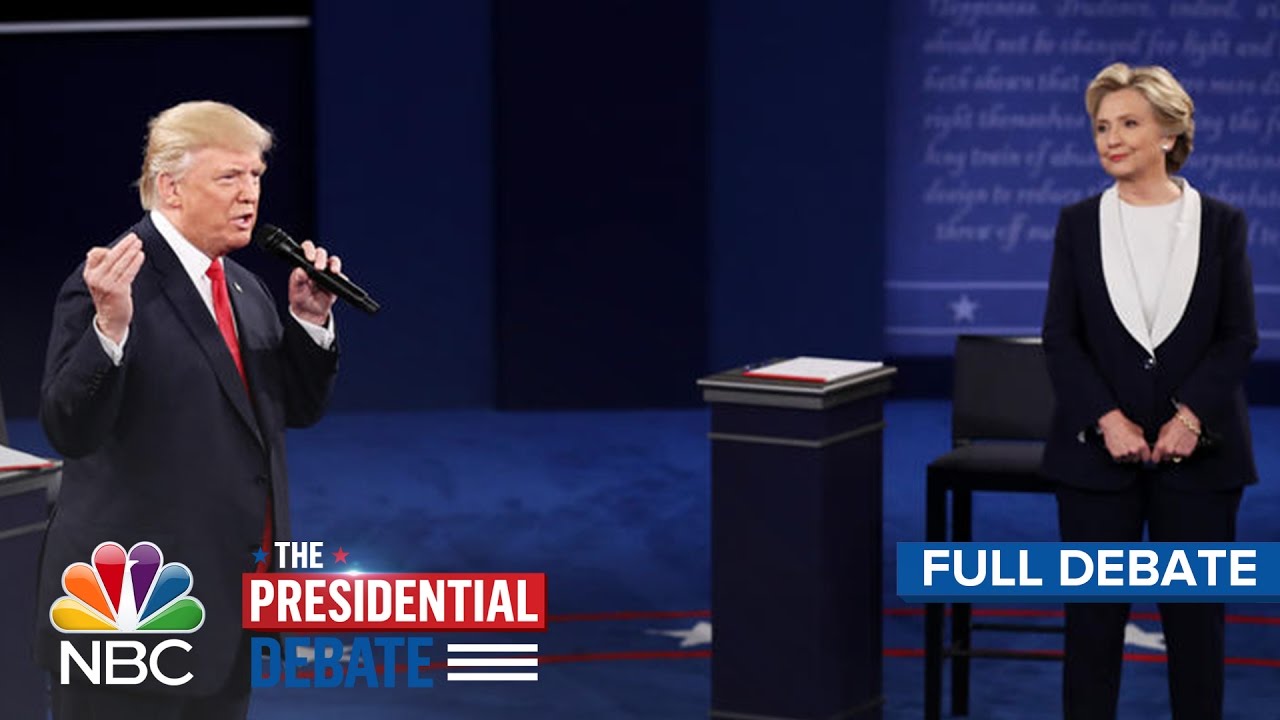 Hillary Clinton claimed that she negotiated sanctions that “put the lid on” Iran’s nuclear program during last night’s debate.

And then Donald Trump called the Iran deal “dumb.”

Well, what Russia did with Assad and, by the way, with Iran, who you made very powerful with the dumbest deal perhaps I’ve ever seen in the history of deal-making, the Iran deal, with the $150 billion, with the $1.7 billion in cash, which is enough to fill up this room.

Hillary is on record supporting the Iran deal, with a few minor quibbles about technique.

And while the two of them were discussing this on stage, Houthi rebels in Yemen decided to lob a couple of missiles at the USS Mason, which was in international waters at the time.

In a statement, the Navy said no American sailors were injured and no damage was done to the USS Mason, an Arleigh Burke class of guided missile destroyer whose home port is Norfolk, Virginia. Lt. Ian McConnaughey, a spokesman for U.S. Navy Forces Central Command, said Monday it’s unclear if the USS Mason was specifically targeted, though the missiles were fired in its direction over an hour’s time period, starting at around 7 p.m.

An American defense official said the USS Mason used onboard defensive measures after the first missile was fired, but it wasn’t clear if that caused the missile to splash harmlessly into the sea. The destroyer at the time of the missile fire was north of the Bab el-Mandeb Strait, which serves as a gateway for oil tankers headed to Europe through the Suez Canal, the official said.

And who exactly is giving the Houthis missiles? Wait for it….

U.S. officials have long accused Iran of supplying missiles and other weapons to the Houthis.

While ISIS gets most of the attention in the Middle East, Yemen has been having their own civil war over the past year. The United States embassy there is closed, and the Obama administration decided to toss its support behind the Saudis.

Since March 2015, Saudi Arabia has targeted Yemen’s Shia Houthi militias and their allies, loyalists of former President Ali Abdullah Saleh, who two years ago seized the Yemeni capital Sanaa by force. Several months later, they drove the Saudi-backed President Abd Rabbu Mansour Hadi into exile. When Saudi King Salman announced the intervention in Yemen—an intervention the kingdom has painted as a proxy war with Iran, its regional foe—the White House immediately authorized a support package that included intelligence-sharing and logistical support for military operations. That package has seen the United States deliver more than 40 million pounds of fuel to Saudi jets over the past 18 months, according to U.S. Central Command. The Saudis would be crippled without direct U.S. military assistance, particularly aerial refueling, which continues unabated.

Well, isn’t this just lovely. The Obama administration decides to support the Saudis in a “proxy war” with Iran, who are using the Houthis as their puppets, and the USS Mason gets to use “onboard defensive measures” to not get hit by missiles.

So, while the administration claims a “diplomatic success” with Iran on one hand, they funnel support to the Saudis to fight against Iran with the other hand.

Paging Chris Wallace, who gets to moderate the final debate. Could you please ask Hillary Clinton if she supports the administration’s decision to give the Saudis a helping hand, and dragging us into yet another conflict in the Middle East? Missiles were just fired at our ship, and this should be a big deal. At least, until the media decides to bury it with the next controversial thing that Trump says.