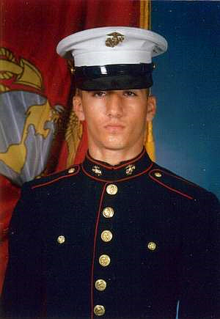 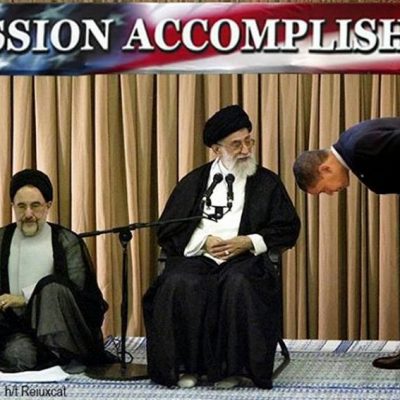 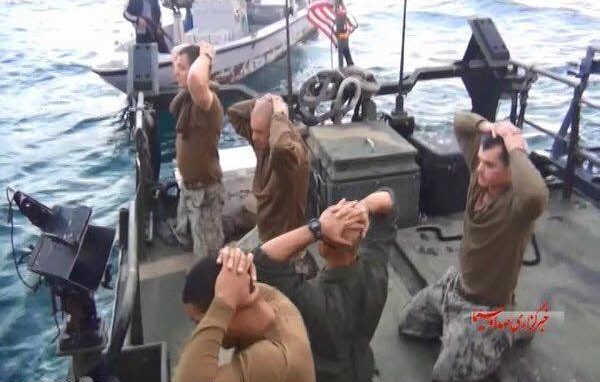 We’re all pleased that five Americans are returning home after being freed from prison by Iran, as announced Saturday morning. The release — in exchange for eight Iranians held by the United States on sanctions violations — was made known prior to confirmation that sanctions would be lifted against Iran.

But this Iran Deal reminds me of a Bad Romance (cue Lady Gaga), the abusive kind where one partner keeps trying to please the other, gets smacked down, and keeps coming back when the least bit of kindness is shown, no matter how manipulative the “kindness” may be.

On Saturday, the United Nation’s International Atomic Energy Agency (IAEA) said in a statement that “Iran has carried out all measures required under the (July deal) to enable Implementation Day (of the deal) to occur.” In return, the United States, European Union, and the United Nations have lifted nuclear sanctions, and have pledged to return some $100 billion in frozen assets.

Secretary of State John Kerry crowed, “I hereby confirm that the International Atomic Energy Agency has verified that Iran has fully implemented its required commitments… The US sanctions-related commitments… are now in effect.”

This is the once-proud United States, trying to make nice to the bad boyfriend it so wants to attract.

Oh, but the White House has stated that they’ve been able to control Bad Boy Iran through negotiations.

Thanks to the #IranDeal, Iran's four pathways to a nuclear weapon have been blocked → https://t.co/3PJ1t0Zk7U pic.twitter.com/IvvB4INuRm

Why, thanks to the Iran Deal, the US just might update its Facebook status to “in a relationship with Iran.” Or something.

But wait, wasn’t this the same Iran whose Revolutionary Guard vessels fired rockets near US Navy warships in the Strait of Hormuz on December 26?

And isn’t this the same Iran that captured ten American sailors on January 12, showed pictures of them on their knees, and extracted a confession of wrongdoing from a Navy Lieutenant?

Oh, but the Bad Boyfriend Iran isn’t really bad. The US still has a thing with him. He’s really good at heart. After all, President Obama told us so in his State of the Union message, even though our sailors were being held at the very same time he delivered his speech:

“We built a global coalition, with sanctions and principled diplomacy, to prevent a nuclear-armed Iran. And as we speak, Iran has rolled back its nuclear program, shipped out its uranium stockpile, and the world has avoided another war.”

The abusive capture of the sailors, of course, was not mentioned during the speech.

And the next day, when the sailors were released, John Kerry expressed his appreciation to the abuser Iran for releasing them.

Now we hear of further humiliation the United States has taken in order to stay in the relationship with Bad Boy Iran.

Those talks undertaken to gain the release of the five Americans were being secretly negotiated for months. But as the Obama administration decided to push back a bit on Bad Iran’s recent test-firing of a nuclear-capable missile by penalizing Iran with a package of limited sanctions, Iranian Prime Minister Javad Zarif smacked the US again. He told Kerry that he had better not try that, or the negotiations to release the prisoners would be off.

And John Kerry — worried that the relationship would be jeopardized — folded after conferring with President Obama during the latter’s Christmas vacay in Hawaii.

Wait, I thought the United States didn’t negotiate with hostage takers? Nope. Obama has shifted policy on that. It’s more important to appease the Bad Boy to keep the relationship going, no matter how dysfunctional.

So be prepared for more hostage-taking in the future. Bad Boy Iran has no trouble exploiting the weak-kneed US administration.

And then the media wonders why Americans are so angry. Maybe, just maybe, we’re fed up with being the beaten-up partner in Obama’s love affair with Iran.

UPDATE: The BBC is now reporting that the US has imposed sanctions on Iranian companies and individuals over its missile program.

US imposes sanctions on Iranian companies and individuals over missile programme, after lifting of nuclear sanctions https://t.co/teaoofLOtw

Notice how this is on companies and individuals, not the Iranian government. Obama and Kerry would never dare to cross Iranian President Hassan Rouhani or Supreme Leader Ayatollah Khamenei.