Previous post
A Raised Fist Is A Threat: Fight Back, No Surrender 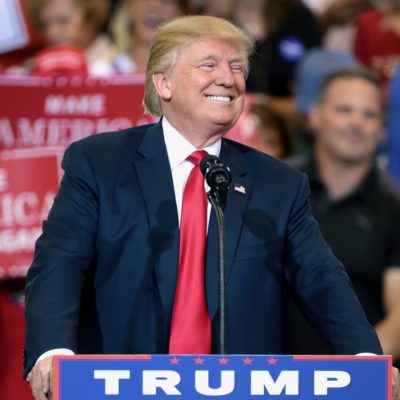 The challenge to the Oklahoma Supreme Court to prevent a Trump campaign rally from happening unless the Bank of Oklahoma Center “enforced federal recommendations for preventing the spread of Coronavirus” was denied yesterday afternoon.

Attorneys Clark Brewster and Paul DeMuro filed a lawsuit, claiming the rally will endanger the health of thousands and will result in more deaths of COVID-19.

Petitioners cannot establish the necessary elements for a writ of mandamus, specifically that petitioners possess a clear legal right to the relief they seek.

Therefore, for lack of any mandatory language in the (plan), we are compelled to deny the relief requested.”-Oklahoma Supreme Court

The Trump campaign will be conducting temperature checks, supplying masks for those who choose to wear one and providing hand-sanitizing stations to rally-goers.

Arizona, Florida, Oklahoma, Oregon and Texas all reported their most ever new cases this past Tuesday. These states have seen a spike of cases since the beginning of June. Wouldn’t have anything to do with the riots in any of these states during those times, would it? Of course not. Participants of riots-err-protests are immune to catching COVID-19 and passing it on to innocent family members and associates. Standing shoulder-to-shoulder in solidarity while others in the crowd throw bricks through windows is essential and necessary. A presidential rally during an election year? Nah. Not so much. Rioting is good. Going to see Trump at a rally? Watch out…you’re going to kill grandma as the narrative spins…

That spike has local officials and public health experts concerned about welcoming the nation’s first indoor mass gathering since Mr. Trump declared a national emergency in mid-March, an influx of thousands of people interacting inside and outside, amounting to a sprawling coronavirus petri dish.”-Noah Weiland, The New York Times

Petri dish? Really? Let’s talk about the subways that Democrat mayor Bill deBlasio kept open in New York City. Let’s talk about the elderly who were in unsanitary assisted-living facilities and left to die by New York governor, Andrew Cuomo. Let’s talk about the disgusting conditions many a Democrat mayor and governor have allowed to grow and spread in their cities and states. Los Angeles already had Typhus before COVID-19. San Francisco had a poop map dedicated to their city and it’s not strange for kids to stumble upon tents in the middle of the sidewalks and crack pipes in Portland and Seattle on any given day.

But, oh-how scary it is for a Trump rally to happen during a time such as this! And not follow guidelines, to boot! Of course some triggered brainiacs would come up with a far-fetched lawsuit. I mean, I was worth a shot, right? And you may think that you’ve heard the name Clark Brewster before and indeed you have. Brewster was adult film star, Stormy Daniels’ scumbag lawyer in the case against Trump. Of course, he has an ax to grind. Of course he’s got a vested interest in shutting the Trump rally down!

Guidelines by definition are NOT Laws

what the F*CK were these asshats thinking

That’s right, geniuses. Guidelines are just that. Laws are LAWS. Guidelines are not laws. Is it recommended that one follow the guidelines in the time of a pandemic? Absolutely. Is it a legal obligation? No. Should people take extra care? Yes. Again, this is America and if Americans choose to stand in a crowded convention center to support the President they have as much right as those who crowd the CHOP to experience the Summer of Love.

The arguments against the Trump rally continue:

Keith also added that the Trump event was likely to draw “gawkers and protests”. Seriously, what happened? We thought protests were fine a few weeks ago? Talking, sharing bathrooms and inhaling virus particles for the duration of one of Trump’s long speeches is sure to put some people over the edge and into the high-risk category of COVID-19 contamination. There’s “data and science” to prove it! The funny thing is, none of these journalists can point to exactly where this “data and science” is. All of a sudden yelling and chanting could cause more droplets to come out in a “10-50-fold increase”.

But don’t the ugly liberals want all Trump supporters dead, anyway? One would think they’d be cheering when the President’s supporters crowded a huge arena. (I do think the Trump campaign missed out on a great opportunity to pass out MAGA masks, though. Want to see a bunch of triggered folk?)

Mark my words. A spike in COVID-19 cases in Oklahoma will directly be attributed to the Trump rally and not have anything to do with any of the protestors out in the streets. As always, it will be Trump’s fault. This is how they will spin this. The Trump rally rolls on in Tulsa today. What have we learned? Lawyers are not always good at lawyer-ing. And Trump rally droplets are for sure more dangerous than riot droplets or the droplets you’d be exposed to at the local business down the street that has been closed for three months by some idiot governor. Orange Man droplets bad.