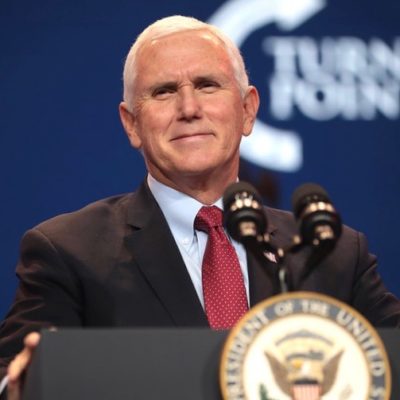 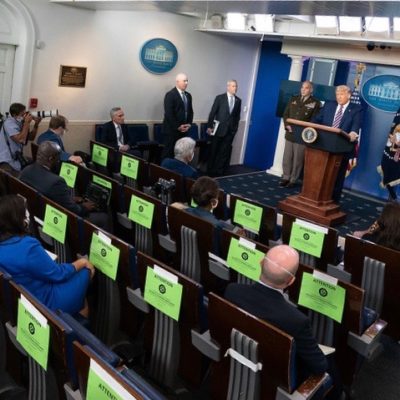 The White House Press Corps was hosed from Day One. So goes the narrative from New York magazine. They were beleaguered under President Trump.

According to this, the Press Corps did not have a prayer from the day Donald J. Trump was inaugurated. The piece highlights the brave, mask-compliant “warriors” of democracy, Kaitlan Collins, Weijia Jiang, Anita Kumar, Philip Rucker, Yamiche Alcindor, April Ryan and Jonathan Karl.

The New York Magazine piece also offers an honorable mention to the oh-so-shrewd, Jim Acosta, who took every opportunity he could to spar with Trump when in the same room.

And this was just the beginning.

“Trump wants people to believe that the reporters in that room are the opposition party. If you are going in there and making the story about you, you are failing and playing right into the White House strategy to undermine the press. The greatest challenge in covering this White House has been to aggressively seek out the truth. But how do you strive to be fair and accurate when you’re covering a president who is calling you a traitor?” Jonathan Karl, ABC News

Probably because reporters have not been fair and accurate and have made Trump’s attacks on the establishment and process about them. Despite their selfless claims that they have all tried so valiantly to not make it about them.

April Ryan, an African American woman, wrote an OpEd for The Washington Post about how much Trump loves insulting “people like me”. CBS White House correspondent, Weijia Jiang is writing a memoir about her experiences in the Trump White House.

Nearly 90,000 Americans have been killed by coronavirus, and the president is tweeting about me pulling my mask down for six seconds on Friday.-Kaitlan Collins

The big, bad orange man picked on me, me, me! But, it’s not about me…even though it should be. Enough about me, let’s talk about ME!

The press. Warriors. Defenders of justice and the truth. This is not about them, at all. All they wanted was to seek out the truth and deliver it to the American people? Are they for real here? They think people deserve the answers? They will do that as soon as they serve their insatiable appetite to feed their colossal egos.

No doubt President Trump has an ego of epic proportions. Obama had one, too, but was masterful at cloaking it with all of his humblebrag. Obama also had a press corps falling all over him. There is no doubt that these past four years were met with hostility from the left and a left-leaning press corps. It is no wonder why the President went in on the defensive. He had to. These so-called “journalists” were a tough lot. As an outsider, Trump knew this going in and knew that no matter what he did, he was not going to get a fair shake. While Trump’s remarks to some members of the press corps can be seen as offensive, the combative nature and biased language of the White House press corps has been just as offensive and combative-counterproductive to life, liberty and the rest of it (to quote Nicole Kidman in To Die For) you know the thing (to quote Joseph Robinette Biden).

The old adage holds true-ask a stupid question, get a stupid answer. Or, be prepared to be called out on said stupid question. Who pulled the plug on the daily Coronavirus updates from The White House? The media did. “Journalists” seeking the “truth” all but called for networks to stop carrying briefings focused on a global pandemic. These are the same talking heads who yammered away at Russia, Russia, Russia, Impeachment hearings and (gasp) Trump’s tax returns.

Oh, but they wanted to expose the “lies”, they say. “People deserved to know the answers”, says Weijia Jiang. Answer this, guys: how did Joe Biden gain enough electoral votes in battleground states to be named President-elect when he hardly campaigned and can hardly string a coherent sentence together? Why are Democratic state governors wrecking our economies? Why are these people who are wrecking our Republic continuously voted in and supported much to the chagrin of our demise? How did a potentially deadly virus end up crossing our borders and killing our vulnerable? Who is accountable for this? And HOW is the incoming administration going to handle this? We’re waiting. You’re the Press Corps. Go ahead and ask them the tough questions. We’re sure they will not come out of your mouths in the combative tone you’ve become accustomed to using over these past four years.

NYMag all but martyrs these “fearless” journos serving in the White House press corps but to be martyred would actually mean they would have had to do something honorable.