Next post
Mike Pence May Have Killed His Political Career 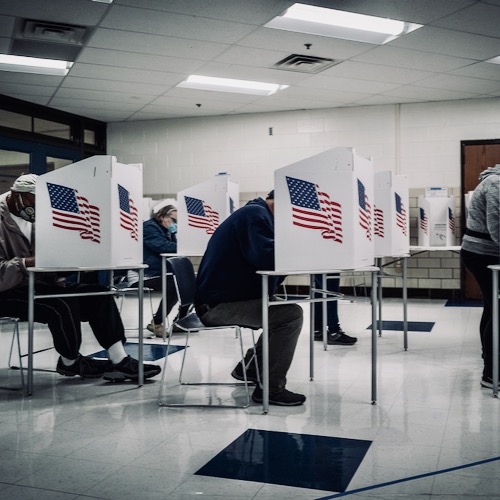 A federal election commission is needed says noted legal and Constitutional lawyer Jonathan Turley. It isn’t something he really wants, but now it seems this is the only way.

A commission that isn’t loaded with politicians with their own personal axes to grind. Wouldn’t that be something? A commission that would be allowed to kick over every rock and look behind every single door to right the electoral wrongs that have taken place over the last four years and longer.

Indeed, let’s look at the issue of uncounted votes and fraud allegations. Several states on election night decided to quit counting votes, even as their own laws stated otherwise. Does that inspire confidence from ANY voter that their vote would be counted correctly? NO. That is something that shouldn’t have happened. Period.

Secondly, let’s look at where election laws have been changed in order to game the system on behalf of the Democrats. In an excellent jaw-dropping column in The Spectator, Senator Pat Toomey is rightly eviscerated for his anti-Constitutional stance by Mark Levin. Toomey, along with Ken Buck, Liz Cheney, and others are all of the same mind. Let’s just continue to ‘go along so we can get along’ and keep everything all friendly and such. Let’s not issue any challenges, no matter what the citizens we represent want. Buck, not only is a US Representative, he led the Colorado GOP and phoned in the loss that handed a US Senate seat to Hickenlooper this fall. And now he is warning that the electoral college is threatened??? Where the hell was he when CO, in November, passed the damned national popular vote crap??!! Phoning it in.

Back to Toomey. He claims there were no election irregularities in Pennsylvania this cycle. OH REALLY??

“The Pennsylvania Supreme Court, whose seven justices are elected, has a 5-2 Democrat majority. (In 2018, there was a big push by the Democrat Party to fill three of the seats with Democrats, and it succeeded.) Just months before the general election, that court rewrote the state election laws to eliminate signature requirements or signature matching, eliminate postal markings that were intended to ensure votes were timely, and extended the counting of mail-in ballots to Friday at 5:00 p.m. (state law had a hard date and time — election day on Tuesday, which ended at 8:00 p.m. ET), thereby fundamentally altering Pennsylvania’s election laws and nullifying the federal constitutional role of the Republican legislature.”

Further on in the article, Toomey is schooled regarding his claim that Pennsylvania has had NO elections issues in the past. Except an election was overturned in 1994 due to fraud. Also, in 2020, judges usurped Pennsylvania state law by changing election deadlines and removing state signature requirements for absentee and military ballots. But sure! Toomey is absolutely certain this election fraud stuff is no big deal.

That’s just Pennsylvania. Other states have had issues that have been brewing for years. Senator Tim Scott introduced legislation regarding election integrity.

Tomorrow, I will introduce a bill establishing the Election Integrity Commission.

As Jonathan Turley points out, this election was unprecedented in the sheer number of states and localities that moved to mail-in voting, even as many of those states were completely unprepared to do so. It doesn’t help people’s faith in election integrity when Stacey Abrams crows about how they’ve made mail-in ballots work on behalf of Democrats.

She still believes she is the Governor of Georgia, and now has her own prayer candle.

While Turley believes there wasn’t rampant election fraud, he points out that there were significant issues of uncounted votes, changing rules regarding voting and tabulation (see Pennsylvania above), and chain of custody broken multiple times. Furthermore, he says that many of the court decisions challenging results were NOT decided on the merits of the case. Seems to me, that the irregularities and courts refusing to decide on the merits, are strong signals of electoral fraud issues and are prime examples as to why well over 40% of Americans have lost faith in our election systems.

A significant number of people, including President Trump, want Vice President Pence to refuse to count the electoral votes today. The media ramped up with cries of fealty and other dreck as a way to undermine both Pence and Trump. Is this something that will work? Is this something that is necessary and will change anything? As Turley points out, it brings attention to the issue, but also is essentially Congress yelling FIRE! in a crowded theatre.

A federal electoral commission as Turley describes may very well be what is needed. Would a federal election commission be effective given today’s hyper-partisan progressive environment built by the Democrats and media? I have my doubts, but it is something we really need to consider.