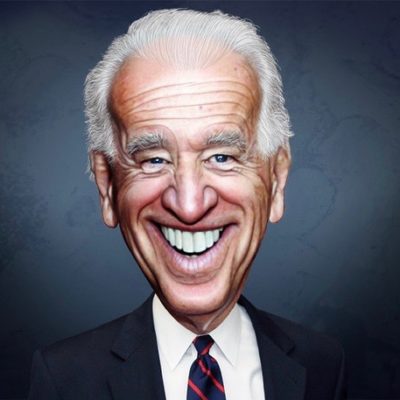 Some of us said we were going to avoid watching or listening to the news yesterday. And no, some of us did not honor our promise to ourselves. Look no further than yours truly who watched as “Papa In Chief”sought to soothe this crying planet.

I work with quite a few liberal-minded individuals. For the most part, we keep things professional and keep things light. For some of my friends, colleagues and dear family members, yesterday’s Inauguration was a welcome event, a turning of the page, a fresh start. Nope, no more President Trump. It’s a new day with a “fresh start” and a new President who has been part of the old, stale establishment machine. That little bit seems to have been lost on most of these people.

Honestly, a Biden presidency is the farthest thing in the universe from a fresh start but if our elderly parents want to believe this because they want to see their grandkids and don’t want to die from COVID-19, so be it. They’re entitled to a bit of happiness and hope. As I reflect on the events that led up to the Inauguration of Joe Biden yesterday, I don’t blame them for the outcome. I blame the biggest mouths in our nation. The ones who sowed division who now want to claim everything is awesome and embrace “unity”. He was “commander in chief” but he also was “papa in chief”, according to Chief National Correspondent Byron Pitts. George Stephanopoulos gushed, “Most of us will remember where we were when we heard Joe Biden take the oath of office, give his inaugural address.” Jon Karl likened Biden’s speech to Lincoln. Chief global affairs correspondent Martha Raddatz claimed the situation was “monumental and dire” before yesterday, declaring that foreign leaders and the Pentagon were collectively giving a sigh of relief with Trump out of office. Chief White House correspondent, Cecilia Vega praised Biden for “taking” back “truth” and “reclaiming facts.”

And THAT was just ABC News. “Democracy has Prevailed” was the headline on The New York Times webpage last night. “Biden pledges to defeat extremism and culture of lies as he confronts Trump’s legacy”, reads another story headline in The Washington Post. The media is in lockstep with the Biden/Harris administration.Then, there was this:

CNN's David Chalian says that the side lights on the National Mall's reflecting pool are like "extensions of Joe Biden's arms embracing America." pic.twitter.com/G88C8UCN3C

And this because we can’t forget about “Dr. Jill“, fashion icon:

Dr. Biden is bringing American fashion back into the White House starting with this subtle sparkly coat ✨ https://t.co/e0R0R0v1O1

Nobody color-coordinates face masks like she does. Nobody. As if this wasn’t enough, the notorious “thrill up the leg” may even return for Chris Matthews:

President Biden gave a great speech today. It is the message we need. https://t.co/P8ytOST9mM

No, no, no. Just no. There are no questions. There is no skepticism. No conspiracy theories being thrown out by the left. Nothing but barftastic, slobberiffic sycophantry.

Do I remember where I was when I heard Joe Biden’s 2021 Inauguration speech, Mr. Stephanopoulos? I certainly do! I was in car when I heard this and about tossed my cookies:

The cry for survival comes from the planet itself, a cry that can’t be any more desperate or any more clear. And now a rise of political extremism, white supremacy, domestic terrorism that we must confront and we will defeat.

To overcome these challenges, to restore the soul and secure the future of America requires so much more than words. It requires the most elusive of all things in a democracy: Unity. Unity.”-Joe Biden

Was that what the liberals on the left were doing four years ago when they were screaming at the sky? Was that the planet’s “cry for help”? The planet cried out and we got Joe Biden?!

You know who’s crying for help now, “Papa In Chief”? The elderly who have been isolated for so long. The jobless who have lost their livelihoods due to lockdowns. The family members who may have turned back to drugs and alcohol to cope with these depressing times and are killing themselves slowly. The families impacted by suicides. Our kids who are NOT in school. But keep pushing that unity, unity bull$hit you guys love to push-all while you build up an alliance with the country who put us here in the first place. Come, oh, China! Fall into the loving arms of “Papa In Chief”, AKA “The Big Guy”!

You know what’s going to save a “crying planet, Joe? Well, for sure, adding preferred gender pronouns to a White House contact form. The whining has subsided a bit thanks to this. But Antifa crowds in cities are still not happy, even though Donald Trump is out of The White House. These loud, whiny babies will continue to loot in the streets and destroy stuff. The silver lining of the clouds that cover this “crying planet”? Liberal corporations like Amazon writing personal letters to “Papa” offering to help distribute COVID-19 vaccines. Which begs the question, where was Jeff Bezos months ago?!

Oh, but happy days are here again! Come to Papa with the “outstretched arms”! The media says he’s harmless. No thanks. I don’t want my hair sniffed or my arm nibbled. Not even a bit. As Americans, we’re made of tougher stuff than most would think. The majority of us don’t need a safe space with a fuzzy blanket. Most of us are fine with our biologically-designated pronouns, nor do we need or want to be spoon-fed toxins from the big mouths of the media. We do not want to see other Americans suffer at the hands of terrorism (foreign or domestic), racism in any form, or because of illness or strife. But we also do not want to see political extremism weaved into our cultural fabric and disguised as “unity”. This is dangerous. And yes, the soul and future of America DOES require so much more than words, “Papa In Chief”. We know this. This is why we voted for action and for Trump. And the last time I checked, North America is a continent on our planet and The United States is a large part of that continent. The planet is not crying. We Americans are not crying right now. And we’re far from desperate.