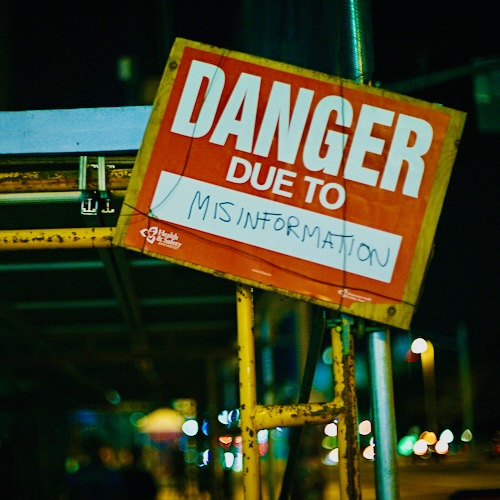 Now that Elon Musk has laid off thousands of Twitter employees, suddenly politicians are worried. What to do now about all that misinformation campaigns and politicians just KNOW is going to happen and hurt their chances on Tuesday??

Devastating cuts to Twitter’s workforce on Friday, four days before the midterm elections, are fueling anxieties among political campaigns and election offices that have counted on the social network’s staff to help them combat violent threats and viral lies.

Read that again. Now let’s recall the 2020 election cycle. There was a certain story that Twitter execs and the so-called misinformation teams buried deep and wide prior to the election. If you guessed the Hunter Biden laptop story, you win the prize! As we and many others out in the blogosphere have noted, the stifling of information and labeling tweets as misinformation has flowed mostly in favor of the Democrats.

In 2020, anything to do with going against the preferred Democrat narrative got slapped with a ‘missing context’ warning on the tweet. Or the tweeter was censored, or thrown in Twitter jail for peddling ‘misleading’ information.

Elon Musk’s mass Twitter layoff today has left whole areas of the company completely gutted, including teams tasked with defending the platform from manipulation ahead of the midterms next week https://t.co/3zTr8JJ09e

Oh wait, so Twitter’s system is that shaky that anyone can just totally manipulate the platform willy nilly? Wow. Had I known that, things might’ve been different in 2020!

Except they'll have no say on Twitter does about it now, and that's a good thing.

Yes indeed. Just as the media is also preparing stories to roll after the mid-terms about how Joe’s health is unexpectedly a major issue, you can also bet that the Democrat losses will be blamed on Elon Musk because Twitter employees weren’t policing the site for misinformation that would hurt their campaigns. Never mind the fact that a majority of Democrat candidates have been campaigning on abortion while ignoring the issues of crime, inflation, the border and more. Nope, they plan to blame Joe’s health and the Twitter layoffs for their losses.

As for all the Twitter employees who are whining and bitching about getting fired? Three months of severance pay that includes the continuation of benefits is a pretty damned sweet deal if you ask me!

Regarding Twitter’s reduction in force, unfortunately there is no choice when the company is losing over $4M/day.

Everyone exited was offered 3 months of severance, which is 50% more than legally required.

Oh wait, while people are worrying about who will police the misinformation that Republicans are SURE to throw onto Twitter, perhaps this information regarding the mass layoffs brings some clarity.

Elon Musk’s drastic decision to lay off half of Twitter’s workforce on Friday was driven by the company’s dire finances — with the now-private company on track to lose $700 million in 2023 if he hadn’t slashed costs, The Post has learned.

Wow. It sure sounds like Jack didn’t know how to run a company and keep it profitable.

Meanwhile, due to activist whiny crybabies and companies who bow to woke politics, ads have been pulled from the site.

They are all going to “evaluate” how Twitter is before running ads again. Which includes GM and Ford.

“We are engaging with Twitter to understand the direction of the platform under their new ownership,” the Detroit-based automaker said in an e-mail statement late Friday. “As is the normal course of business with a significant change in a media platform, we have temporarily paused our paid advertising. Our customer care interactions on Twitter will continue.”

Ford is “not currently advertising on Twitter,” said spokesman Said Deep. “We will continue to evaluate the direction of the platform under the new ownership.”

What’s interesting about BOTH companies is that they are trying to break into the EV space, with a help of a lot of taxpayer dollar perks handed to them by Biden. Furthermore, it’s a space that Musk has held with Tesla for years now.

That said, lets go back to the sad tale of Twitter no longer combating misinformation. Does anyone REALLY think that, within the next few days some sort of campaign will show up on Twitter that will totally throw key races around the country? Well, it seems that Democrats do. Then again, most of those Democrats who are so very worried about whatever misinformation might be flowing thru Twitter are also running failing campaigns.

Not only are the campaigns failing, but they are flailing every which way but loose in order to somehow get that vote. Which means we’ve been treated to a massive amount of cringe involving weird Tik Tok ads and dance moves that require copious amounts of bleach after viewing in just the last couple of days. And yes, it is true. Democrats REALLY can’t dance.

While Democrats and media are now worrying about how to combat Republican misinformation on Twitter, how come NBC was able to air a story about Paul Pelosi and then do their best to completely wipe it from the internet just a day later? Tell me, WHO is trafficking in misinformation and/or hiding information?

Make no mistake. The Democrats who lose will blame Elon Musk, Twitter, and purported misinformation instead of owning up to their own missteps.