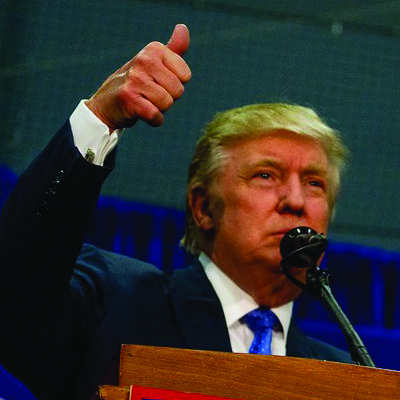 Nancy Pelosi, by all available polling data, is about to lose her job as Speaker of the House. She is also 82 years old. Democrats, in both the House and in her San Francisco district, are beginning to strategize about who will take her place once she retires.

Now, it is by no means certain that Pelosi WILL retire. Though she promised that this would be her last term as Speaker of the House, she wasn’t planning on the Democrats being out of power. But does she want to go back to being Minority Leader? Pelosi is running for re-election in her district, which is a cakewalk for her in San Francisco, but retirement is looming on the horizon. According to POLITICO, there are already talks happening between Democrats about who should replace Nancy Pelosi, both in the House Democrat leadership hierarchy, and in her district as representative.

Let’s look at the reported discussions about the House Democrats. You would think that the incoming loss of the House would make them think seriously about who should lead Democrats once Pelosi leaves. Nope! It has always been a loyalty and popularity contest.

The race to succeed Speaker Nancy Pelosi as the leader of House Democrats may have been clinched at a meeting in the Capitol on Sept. 1.”

That’s when House Majority Whip Jim Clyburn of South Carolina and Rep. Hakeem Jeffries of New York slipped back to Washington to connect in Clyburn’s office during the summer congressional recess at Jeffries’ request.”

The 52-year-old Jeffries was concerned enough that he offered to fly to South Carolina to seek the counsel of the 82-year-old Clyburn. The younger lawmaker wanted to gently make sure his elder in the Congressional Black Caucus knew of Schiff’s quiet campaign — and to even more gently warn Clyburn about the risk of splitting votes between them and opening a path for the ambitious Californian.”

Jeffries need not have been alarmed.”

Now interestingly, both Jim Clyburn and current Majority Leader Steny Hoyer should be in line for the top job among House Democrats. The problem? Hoyer is 83 and Clyburn is 82. Democrats really do love their elders. But Hakeem Jeffries is thirty years younger, and Clyburn has enjoyed being kingmaker in the recent past. It was his endorsement during the primaries that saved Biden’s campaign. Clyburn would probably love to leave his handpicked successor as leader of the House Democrats, with Pelosi’s approval. And according to POLITICO, Nancy Pelosi has been good at holding power like any Sith lord, but failed to find an apprentice.

Then there’s the matter of Pelosi’s departure.”

A historic figure herself, the speaker has kept a once-fractious caucus remarkably unified over a 20-year period during which time Republicans have gone through four leaders opposite her.”

What she’s not been able to do, though, is groom a successor. This deficiency is why some House Democrats believe Schiff suddenly began sounding out his colleagues earlier this year.”

Adam Schiff as leader of the House Democrats would be great… for Republicans. But it sounds like even his colleagues don’t want him.

To MSNBC-attuned Democratic activists and donors, Schiff may be the second best-known House Democrat and, after helping to lead two impeachment trials against Donald Trump, Pelosi’s de facto deputy.”

But a cable television profile does not a leader make, at least not in the relationship-driven politics of congressional elections.”

Schiff has helped himself by donating to his colleagues, raising or giving a combined $14 million to House candidates this election. But he is now playing catch-up with Jeffries, who has been building support since he was elected to the leadership following the 2018 election.”

I can’t be the only one who finds this hilarious – or who would love to see Schiff and Jeffries fight it out. However, it’s more likely that Pelosi steps in and makes the call for them.

Then there is the matter of Pelosi’s district. San Francisco politics are not like national politics. Her successor won’t wield the same leadership power that she did, but they will still have a near-guaranteed safe seat in the House for years to come. So, who should that person be?

A state politician with an activist reputation was making what sounded like a stump speech to tech workers on the San Francisco waterfront, promising to tackle the major issues confronting the city.”

“The politics of San Francisco are shifting,” state Sen. Scott Wiener told Google employees last month, “so we’re going to solve some of these problems.”

Wiener didn’t mention one detail: He might be doing it from Washington.”

Scott Wiener is about as radical a choice as could be found. How radical is he? He is the person responsible for the bill that made California a transgender “sanctuary state.” He’s so nutty that he actually admitted that he KNEW Paul Pelosi’s attacker.

Not just any state senator – it’s Senator Get Your Kink On During Monkeypox And Then Whine About The Stigma. AKA Senator Let Me Help Trans Your Kids. pic.twitter.com/m141L4yS2b

Welcome to San Francisco! And Wiener could likely win the seat… except for one thing. Nepotism!

Wiener would be an obvious candidate for the open seat as a respected state politician whose legislative agenda makes him a fixture in the news. Except for one thing: The speaker may favor someone else who also happens to be named Pelosi.”

Christine Pelosi, a Democratic activist who has served as a surrogate for her mother, is widely expected to pursue the seat if it opens. While she has made no public statements that could even be construed as an acknowledgment of her intentions, she regularly comments on social media and is active in Democratic Party affairs. She declined requests to comment about the future race for the seat, adding that she could talk after the November election.”

Honestly, Nancy pushing her daughter into her seat could be comparatively better than extreme radical Wiener, who would likely join the Squad in a heartbeat if he was in Congress.

While Wiener is considered a centrist by some San Francisco standards, he has frequently challenged colleagues in Sacramento by defining the Legislature’s progressive flank, this year pushing measures to allow supervised drug-consumption sites and decriminalize psychedelic drugs. Christine Pelosi embodies the speaker’s politics, publicly championing Democrats’ agenda while advocating for women and pushing the party to emphasize climate change and support for veterans.”

“I think each of them would be formidable candidates,” said David Campos, a former San Francisco supervisor who just lost a fiercely contested Assembly race to another Democrat, but “the reality is that most of the people running for that seat will have similar views.”

The reality is that Nancy Pelosi would probably also like to anoint Christine as her successor in House leadership as well, but knows that would never fly. But could she activate enough support to make sure that her daughter goes to Congress as Pelosi, The Next Generation? Completely possible. After all, Christine has been building up her mother’s brand for years.

Now, this is all still open speculation, because Nancy Pelosi hasn’t formally announced anything. But the polls are looking like the red wave hits the House and dethrones Pelosi easily. Will San Fran Nan hang in there beyond 2023? Only a few more days until we find out just how many seats in the House flip.