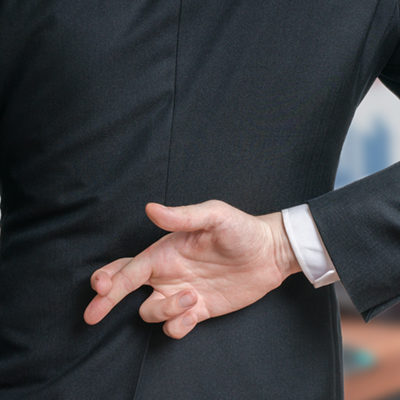 Next post
Reuters Pulls A Fast One - But Internet Remembers

The popular Twitter account “Libs of TikTok” has run afoul of the social media platform, since they received two consecutive suspensions in April. They just got a third last week, too. Now it looks like Twitter may be trying to rid themselves of the pesky account for good.

Why would they do such a thing? After all, LoTT is a massive account, with over 1 million followers. Common sense would tell you that they wouldn’t want to kill the account that brings in lots of eyeballs, right?

Yes, but Leftists run Twitter, and you know that their MO is not in giving the public want they want, but instead destroying conservative voices. They don’t want parents of public school students to know that these kooks are lurking in classrooms, either.

Crazy eyes. What is it with the crazy eyes on these people?

The imminent Elon Musk takeover of Twitter has driven the social media platform’s employees to distraction. In May, Project Veritas recorded an engineer who announced that they don’t believe in free speech. He also admitted that his colleagues — whom he called “commie as f**k”– censor conservatives. The engineer added:

Other media piled on, too. In April, the execrable Taylor Lorenz doxxed the founder of TikTok, the undaunted Chaya Raichik of Brooklyn, NY.

Last month, Instagram “mistakenly” disabled the Libs of TikTok account, but then admitted they made an “error.” That was no “error,” of course; it was a warning shot across the bow. Then, on Monday, Twitter locked the account of conservative Allie Beth Stuckey for violating the rules of “hateful conduct.” This for the crime of expressing shock that Fox News aired a segment celebrating a little boy “transitioning” into a girl.

Just got word from @conservmillen that she’s been locked out for hateful conduct.

It seems they’ll keep this up until everyone remaining on the platform either agrees with them or censors themselves. pic.twitter.com/kxpgx2Tvsl

Now Libs of TikTok has also uncovered leaked internal messages in which Twitter employees discuss whether or not to permanently ban them.

What the Leaked Messages Show

Here are some excerpts from the leaked messages from “tweeps” (Twitter-speak for employees) that another employee provided LoTT. The site verified each employee’s name, but also obscured names before publishing at Substack.

“But if we deplatform this account, we might erode trust in our platform from users who already think we’re irredeemably biased against conservatives.”

“trans people are being targeted for genocidal violence during pride month.”

“I despise and despair the activity that is currently flourishing on our platform and empowering white supremacists/fascists to act with impunity in conducting harmful emotional and physical violence on trans folx and the broader LGBTQ+ community.”

It’s no wonder that LoTT believe their days at Twitter are numbered. As the Substack page read:

“The only thing they’re willing to debate is what should be done about us. Do they take us out now for engaging in targeted genocidal violence, or wait for a more opportune time?”

Things came to a head on Monday when Libs of TikTok asked the FBI to check into death threats which came their way, including a pipe bomb. Using the Twitter account, Chaya Raichik wrote:

“Hi @FBI, I’m being threatened with a pipe bomb. Can you please look into this?”

She also added images of some of the threats, including this one:

“Sent you a pipe bomb for literally supporting Nazi bigots babe… please kill yourself at your earliest convenience.”

And here are receipts, too:

So did Twitter remove any of the accounts responsible for this hate speech? Nope. But Elon Musk noticed.

“A platform cannot be considered inclusive or fair if it is biased against half the country.”

Twitter tweeps don’t care, however. They hate half the country and want them silenced, the sooner the better.

In April, Libs of TikTok realized that their time at Twitter would likely come to an end. So Raichik did what a lot of other fed-up writers have done: struck out on her own. She now has a Substack account, which she announced in a pinned tweet (and you can find here):

“Lots of people have been asking how they can support me. I started a substack & will be posting some exclusive content for subscribers there. It’s the best way to lend support and stay connected if I get banned from social media. I will never be silenced!”

She’s not the only one, either. Former New York Times writer Bari Weiss resigned from the paper, citing colleagues who called her a “Nazi” and “racist” for her Wrongthink, even though she’s a liberal Jewish lesbian. Weiss now has a Substack account, Common Sense.

And there’s my favorite writer, John Kass, formerly of the Chicago Tribune. Kass’s column had once appeared on page two of the paper; that is, until he ran afoul of the union, the Chicago Tribune Guild. His crime? He reported accurately that George Soros had contributed to Cook County District Attorney Kim Foxx’s re-election. The Guild then accused him of anti-Semitism.

Kass refused to apologize for his “crime,” so he took a buyout. He now writes at his own website, to which I happily subscribe. He also placed this billboard in Chicago trolling his old paper, adding at Facebook:

“A heartfelt thanks to the fragile adolescents at @CTGuild and their hard-left allies for their their personal attacks, which my accountants tell me are clearly helping drive subscriptions to johnkassnews.com. BTW, how’s circulation at the Chicago Tribune these days?” 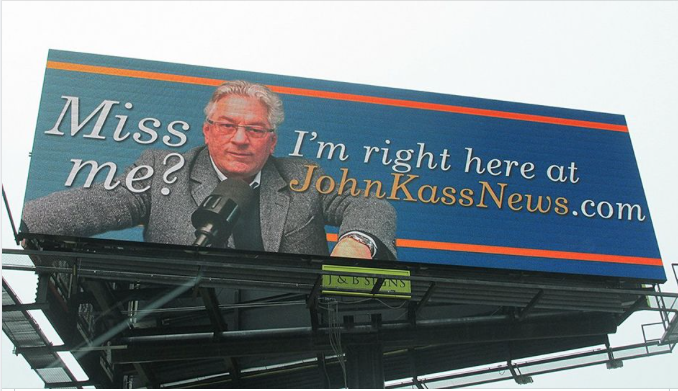 They can deplatform us conservatives, shame us, cancel us, and threaten us. But we will not shut up. After all, we have a country to save.