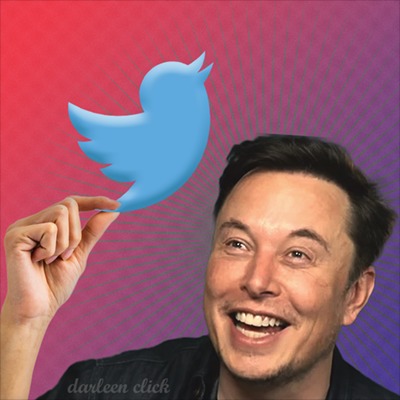 A Twitter Exec SHOULD be in hot water over his commentary regarding Elon Musk and censorship. Project Veritas dropped the video of this Twitter Exec saying ALL the quiet parts out loud.

In his exchange with an undercover Project Veritas journalist, Martinez also said the social media giant isn’t here to give people free speech.

“The rest of us who have been here believe in something that’s good for the planet and not just to give people free speech,” he said.

“It’s going to be hard for him to be like, ‘Uhhh, because people should make their own decision.’ It’s like, no, but people don’t know how to make a rational decision if you don’t put out correct things that are supposed to be out in the public,” the Twitter exec continued.

Wait, let me get this straight if I can. People should be “allowed” to make their own decisions, but those decisions will be dictated by what Twitter allows on the platform? Folks, that screams censorship to me!

Then again, it’s been as obvious as the nose on our faces that Twitter has been engaged in selective censorship and banning for several years now. Twitter has set itself up as the ultimate decision-maker as to who can speak “freely” on the platform and who cannot. Which, again, leans heavily liberal left, leaving conservatives banned for engaging in what Twitter decided was wrong speak and wrong think.

The above was the first video. The second video involves Twitter Exec Alex Martinez. Needless to say, neither of those two are fans of Elon Musk. For multiple reasons, including that they might have to *GASP! actually show up to work five days a week for eight hours a day, and not claim woke issues as reasons for not working.

It’s commentary like that which essentially proves Elon Musk correct. Twitter is over-valued and is potentially hiding crucial information.

Elon Musk escalated a public feud with Twitter’s CEO early Tuesday, saying his acquisition of the social media company “cannot move forward” until he sees more information about the prevalence of spam accounts.

Without citing a source, Musk claimed in a tweet that Twitter is “20% fake/spam accounts” and suggested Twitter’s filings with the Securities and Exchange Commission were misleading. The company has said that less than 5% of its daily active users are spam accounts.

“My offer was based on Twitter’s SEC filings being accurate,” Musk tweeted. “Yesterday, Twitter’s CEO publicly refused to show proof of <5%. This deal cannot move forward until he does.”

Just as with buying any business, home, car, etc…before the deal closes a thorough inspection must be conducted. It certainly seems that Twitter does not want a thorough inspection. Furthermore, it’s becoming more and more evident that the corporate culture at Twitter is even more of a sewer than the platform itself! I’d bet Twitter Exec Alex Martinez isn’t the only one making fun of Elon’s Asperger’s syndrome.

I’ll say this for Twitter corporate, they hired some GEMS over there for sure! Telling the world that free speech absolutely must be censored is confirming what we already knew. Telling the world that, Elon Musk is the wrong kind of capitalist, never mind the fact that the company COULD make more money under his stewardship,, as in higher salaries for Execs and engineers who actually…WORK. Therefore, mocking him and making fun of a medical condition he has is totally fine.