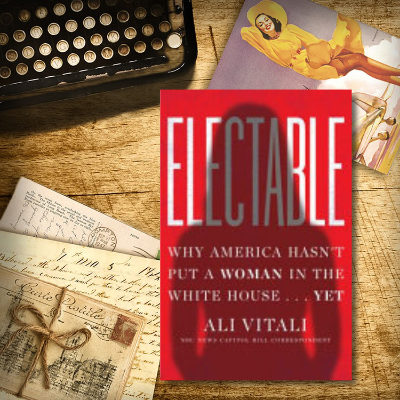 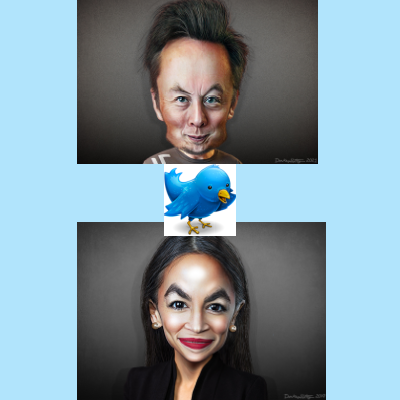 Making fun of Alexandria Ocasio Cortez has become de rigueur on the Right, although, I have a sneaking suspicion that her own party secretly guffaws behind her back. Elon Musk has provided us the latest giggle snorts with his thoughts about charging for the Twitter blue check verified accounts. AOC is worried about a billionaire charging for “free speech”.

Some people cannot be helped, no matter how much you wish to help them. True story, here. When my offspring was a Senior in high school, the kid in front of him turned around and said, “Can you help me?”. My son said, “I’ll try.” Kid said, “Dictionaries are for synonyms and thesauruses are for antonyms, right?” My offspring said, “I am so sorry. I cannot help you.” There comes a point at which if you haven’t learned something, you cannot be taught and you cannot learn. AOC is at that point. The fact that the subject is free speech is hysterically funny and terribly sad.

Stars, politicians and wannabes all prize the blue check next to their name that verifies their accounts are real. They are not bots or spam accounts or pretenders. Elon Musk has got a huge job in front of him to turn Twitter around, make it profitable and make it a true town square. As the late Lucianne Goldberg used to say, “A salon not a saloon.” He has got to do something to make money. From NBC News:

Originally reported Sunday by The Verge, a plan to charge verified users to get or keep their blue checks was expected to cost $20 a month. But after widespread backlash on the platform and a poll tweeted by Musk ally Jason Calacanis, in which nearly 82% of users responded that they wouldn’t pay anything for verification, those plans appear to have changed.

By Tuesday afternoon, Musk had posted a thread on the platform outlining his plan to charge $8 a month instead — part of an overhaul of Twitter’s existing Blue service.

Along with the coveted blue check, Twitter Blue subscribers will be able to post longer video and audio clips. They will also have half as many ads in their feeds and be able to get around paywalls from news publishers “willing to work” with the platform, and their tweets will get priority in replies, mentions and search results.

Now, if I really wanted to be an influence on Twitter either $20 or $8 would be paltry sums to pay, in my humble opinion. So, it seems like it would be a good deal.

Congresscritter AOC was concerned about selling free speech on a subscription plan. I kid you not.

First, Elon Musk’s net worth is not part of the discussion. Lots of billionaires try to sell lots of things, not all of them as benign as Twitter. I mean that you don’t have to get into a bar fight in the Twitter saloon. Free speech is free in that you do NOT have to pay to play on Twitter. If you want a blue check verification to show, as an influencer, that you are you, you ought to pay. That’s called capitalism.

Next, free speech is a Constitutional issue. Free speech shall not be abridged does not mean that in certain circumstances you won’t have to pay. Free speech means the government cannot regulate speech. Also, that you do not have to censor your own speech out of fear of reprisal. Free speech does not mean without charge.

AOC and Musk have long had a contentious relationship. She wants to sell her Tesla now for a union-made electric vehicle. She uses the word billionaire as a slur. This video lists more of their battles:

Boom 💥 @elonmusk just pulled you ! And you humiliate yourself. 👇🏼 pic.twitter.com/EmklDRtpCO

Alexandria Ocasio Cortez, sorry, but we CANNOT help you.