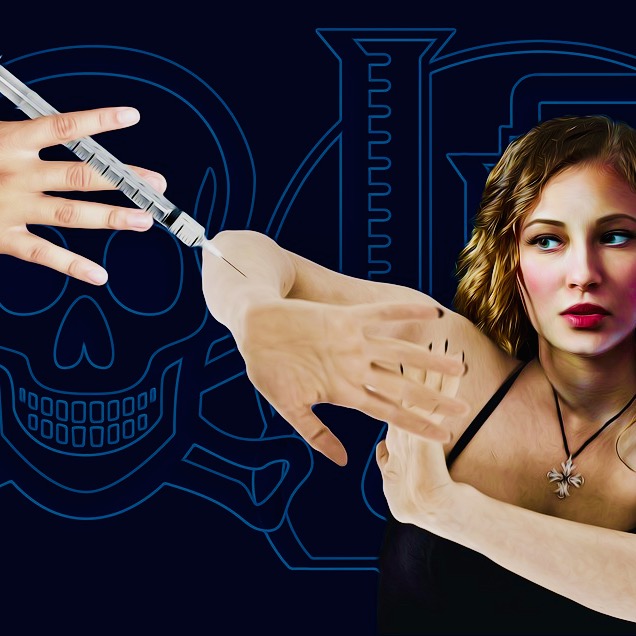 Being Anti-Vaxx is absolutely OK if you are a Democrat. Kamala Harris started the ball rolling a few days ago.

How incredibly snide and irresponsible of her! NO, as we wrote here, the President did NOT advocate for injecting bleach into our bodies.

But that doesn’t seem to bother the Kamala Harris-Biden campaign one bit. She’ll keep saying irresponsible things out loud in order to gain credibility with the low information voters.

“For months, Ms. Harris and Joseph R. Biden Jr. have assailed Mr. Trump for his handling of the coronavirus crisis. Ms. Harris’s comments on Sunday questioning a potential vaccine, as scientists racing for a vaccine report constant pressure from a White House anxious for good news, are likely to further sow skepticism among Americans considering whether to get the vaccine when it becomes available.”

Then again, she says a lot of things out loud that she really shouldn’t.

““As part of our Build Back Better agenda, we will need to make sure you have a president in the White House who actually sees you, who understands your needs, who understands the dignity of your work, and who has your back,” Harris said, according to the Arizona Republic. “A Harris administration together with Joe Biden as the president of the United States…””

Bill Gates is also going anti-vaxx because of Trump.

““We saw with the completely bungled plasma statements that when you start pressuring people to say optimistic things, they go completely off the rails. The FDA lost a lot of credibility there,” Gates, the billionaire philanthropist, said in an interview on Bloomberg Television.

“Historically, just like the CDC was viewed as the best in the world, the FDA had that same reputation as a top-notch regulator,” Gates said. “But there’s been some cracks with some of the things they’ve said at the commissioner level.””

Instead, he thinks the companies working to develop a vaccine will are the ones with credibility. Not to say that they aren’t, but Gate’s statements are creating doubt as to the veracity of the vaccines. All because he doesn’t like what members of the Trump Administration are or aren’t saying.

Fauci is causing problems as well by suddenly touting Vitamins C & D as effective tools for boosting immune systems, yet simultaneously warning that the lockdowns will have to continue even if a vaccine is developed.

“Even before Fauci’s pronouncement that we needed to get at least a majority of Americans vaccinated, signs were emerging that the goalposts would move to vaccination rates. Before the first confirmed reinfection case even came to light, Virginia Health Commissioner Dr. Norman Oliver said he plans to mandate the yet-to-be-released COVID-19 vaccine for all Virginians, with no exceptions except for medical reasons.”

I predict two things if Virginia does follow through with that mandate. Rebellion and people leaving the state in droves.

Cal Cunningham’s stunning admission to 10 million North Carolinians that he would not take an FDA-approved COVID-19 vaccine is dangerous, irresponsible, and puts families at risk. #ncpol #ncsen pic.twitter.com/KLWHv6bt3r

Senator Tillis is absolutely correct. Do not undermine the process during a crisis because you don’t like the current Administration! Never mind that … lets cast major doubt on the pharmaceutical companies research and development of a vaccine in an effort to own Trump.

With the way Trump has politicized vaccine development, overruled experts, and shown remarkable disdain for science, it’s no surprise Cal Cunningham expresses an opinion shared by, at least, 69% of Americans: https://t.co/eYuHElKxYY pic.twitter.com/HvkmxHTTLU

Sams is a former Harris staffer by the way. Here’s the thing, President Trump has nothing, I mean NOTHING to do with vaccine development. Furthermore, as Ellen Carmichael points out, Trump isn’t involved in the vaccine development process at all!

This really does bear repeating:

TRUMP HAS NOTHING TO DO WITH CLINICAL TRIALS OF CORONAVIRUS VACCINES. TRUMP CANNOT PREMATURELY SHUT DOWN A TRIAL. MANUFACTURERS APPLY FOR APPROVAL AFTER THE TRIALS ARE COMPLETED. TRUMP IS NOT INVOLVED IN THE VACCINE PRODUCTION PROCESS.

Scaring a lot of people into being cautious or even downright skeptical of a vaccine because Trump has politicized the FDA and CDC is boneheaded and hugely irresponsible.

Especially given that these are the very same people who insist our country stay locked down until a vaccine shows up!

The Democrats have been pushing this narrative for months now. Trump and the FDA aren’t to be trusted with a safe, effective vaccine.

“House Democrats are calling on the Food and Drug Administration to empower an independent panel of experts to review and sign off before a coronavirus vaccine is distributed to the general public, a move aimed at quelling some health experts’ fears the Trump administration might ram through a vaccine candidate ahead of the November election.”

And WHO would these “independent experts” be? I’m sure they would be non-partisan and totally objective, right?

The Democrats are the ones who are getting political on this. They are running scared as is the media. Hence the weeks and months of stories casting doubt on the pharmaceutical companies as well as the FDA and the Trump Administration. They are reading the tea leaves and realizing that they are on the losing end of this. Thus their new and dangerous anti-vaxx strategy.