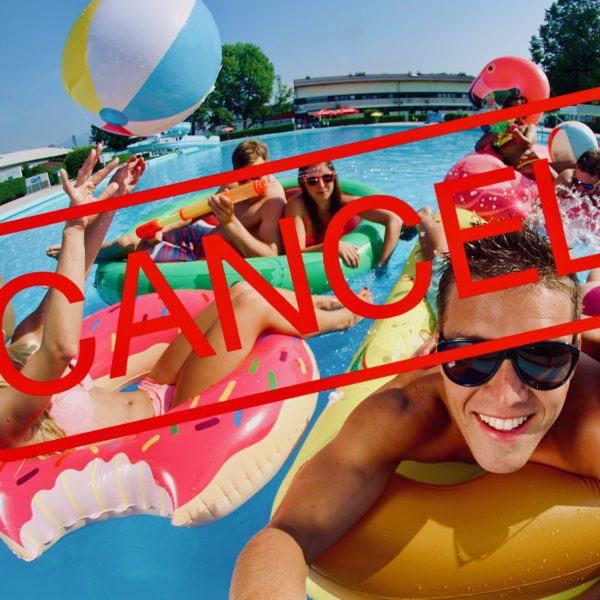 Canceling Spring Break will save colleges from Covid! That is the logic put forth by the University of Wisconsin-Madison.

“The University of Wisconsin-Madison has eliminated spring break next semester in an effort to curb the spread of the coronavirus.

Canceling a future event because the university is oh so certain that allowing Spring Break would be THE cause of an “unmanageable outbreak” of Covid makes all sorts of sense.

This while the university has already started fall classes and is cheering the fact that there has been no cases attributed to in-classroom instruction.

“”I do believe that the decision to open campus this fall was the right one for several reasons,” said Blank. “In-person instruction is the better way for most students to learn. And we wanted to use it where we could safely. Our safety protocols for classrooms have worked. To date, we have no evidence of any transmission inside classroom settings.””

Believe me, there are tons of college students along with K-12 students who are THRILLED to get back into the classroom instead of sitting at the dinner table hunched over a laptop computer for their classes. They are thrilled to be back in class interacting with their peers and getting direct instruction from their professors and teachers. Especially since they no longer have to deal with tech issues in Miami or in the north Texas school districts just a few weeks ago.

In regards to UW-Madison, opening classes hasn’t been without issues. With less than six hours notice, the university notified students on September 9 that two residence halls would be quarantined starting THAT NIGHT for the next fourteen days.

Chaotic scene at U of Wisconsin- Madison as grocery store line extends out the door and into the rain. Two major freshman dorms (Sellery & Witte) just announced a two week lock-in starting at 10PM tonight and going for two weeks. Other students are just packing up and leaving. pic.twitter.com/Wt94IsNWPk

Given the short notice the students received, I don’t blame them for A. rushing to the grocery stores for supplies, and B. packing up and leaving.

I’ve a few questions regarding how UW-Madison and many other colleges are handling the virus issues.

Monetary costs to the students.

In-person class instruction and then moves back to online classes for at least two weeks. Not only that, but shortened semester schedules. Is or has UW-Madison and other colleges adjusting their tuition costs to reflect shortened semesters? Some are, such as my daughter’s college. Others, such as UNC-Charlotte are not.

“The University of North Carolina-Charlotte is taking students’ money for services it won’t provide, claiming it is insurance for the future of the university. Meanwhile, students, many of whom are out of work due to COVID-19, need that cash today to afford basic necessities.

UNC-Charlotte, like many colleges across the country, is charging me for products and services even though students like me won’t have access to them. Despite moving almost all classes online this fall in response to COVID-19, UNC-Charlotte elected to charge full-time in-person tuition and fees to all students. But, if I’m not on campus, why am I being charged for transportation services, food facility fees, tech fees, safety and security fees, and university fees meant to cover on-campus clubs and activities?”

College students are to be preparing for a future in the work force. Thousands of college seniors saw job prospects melt away with the lockdowns. Other college students who are supposed to be interning now as part of their graduation requirements saw internships dry up. Social interactions with peers (yes, that includes the obligatory college parties) and professors came to a screeching halt. The rampant and many times needless hysteria by the media has contributed to a concerning rise of mental health concerns (suicidal thoughts, depression, and anxiety) regarding college students. Are the colleges equipped to assist? I don’t think so.

Don’t get me wrong, colleges all across the country have all sorts of plans in place to deal with the virus ALONG with getting classes going again.

That said, eliminating Spring Break and starting spring semester classes later in January seems like a good idea. SEEMS like.

That’s right. UW-Madison has, according to the academic calendar, Christmas Break from December 18 – January 25. Where will all those students be during that month? Hunkered down in their dorms and apartments and voluntarily quarantining themselves from the virus? Or will they be working, at home with their families for the holidays, maybe protesting since protests don’t spread the virus, or potentially going on some type of vacation during that time?

Given that, I’d say that UW-Madison should cancel Christmas as well.