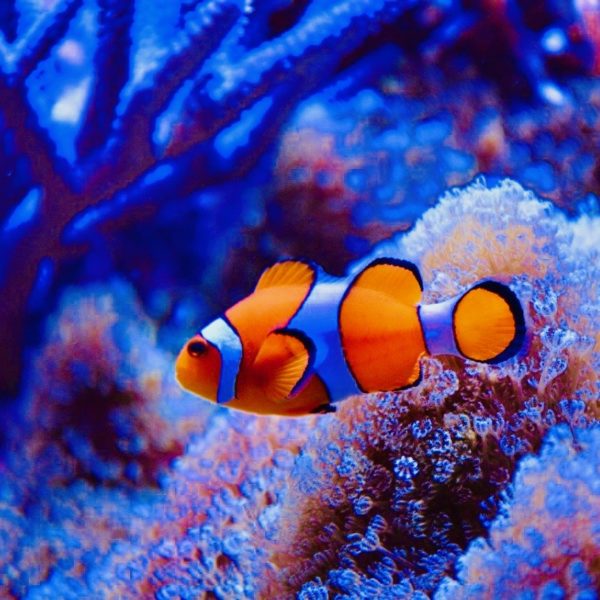 by Nina Bookout in media 18 Comments

FISH TANK CLEANER is bad for your health. The media, however, isn’t warning you about that. Instead they are peddling Fake News. But now, while people are on the edge, have lost their jobs, and are watching in disgust as Democrats play games, the media decides to up the ante. This time with a major story about a death in Arizona involving FISH TANK CLEANER.

Yes folks, you read that correctly. I saw the story that Axios published last night.

“Man dies after self-medicating with chloroquine”

Nice headline isn’t it? They did it just for clicks. The story itself, which I should’ve taken a screen shot of, was short and simple. It originally stated that the couple, in their mid-60’s, ingested the actual drug in hopes of preventing the from getting Coronavirus. It linked to the Banner Health press announcement and went on to infer that if President Trump hadn’t been touting hydroxychloroquine, plus azithromycin as a possible treatment, this couple wouldn’t have overdosed on the medication. Here’s the problem with the story that Axios peddled, they purposefully left out a crucial detail from Banner’s report.

“A man has died and his wife is under critical care after the couple, both in their 60s, ingested chloroquine phosphate, an additive commonly used at aquariums to clean fish tanks. Within thirty minutes of ingestion, the couple experienced immediate effects requiring admittance to a nearby Banner Health hospital.”

FISH TANK CLEANER for treating sick fish. NOT anti-malaria medication. Did ANYONE in the media bother to read the entire Banner Health announcement? No. Instead, they ran with it in an effort to paint Trump as the bad guy in this. A few sample headlines.

HuffPost: Arizona Man Dies After Self-Medicating With Chloroquine In Attempt To Prevent Coronavirus

Nice theme going there isn’t it? NBC News however, really won the Fake News sweepstakes on this story.  They nabbed an interview with the man’s wife!

“The man’s wife told NBC News she’d watched televised briefings during which President Trump talked about the potential benefits of chloroquine. Even though no drugs are approved to prevent or treat COVID-19, the disease caused by the coronavirus, some early research suggests it may be useful as a therapy.

“We were afraid of getting sick.”

The name “chloroquine” resonated with the man’s wife, who asked that her name not be used to protect the family’s privacy. She’d used it previously to treat her koi fish.

“I saw it sitting on the back shelf and thought, ‘Hey, isn’t that the stuff they’re talking about on TV?'””

I’m sorry, but these folks brought this upon themselves. This is why we have warning labels on everything. Warning labels that these poor misguided deluded folks didn’t even bother to read. They are paying a heavy price for their OWN choice.

Yet the media is running full speed with this Fake News as a Trump GOTCHA.

What the Today show and everyone else in the media is leaving out is that the ACTUAL drug has to be prescribed by a doctor! That Arizona couple, if they had truly been paying attention to the Trump Covid-19 press conferences, would’ve heard the team say multiple times that it is a prescribed medication!

But sure, let’s run with Fake News to dunk on President Trump.

Some advice from the woman in Arizona who, along with her husband, took chloroquine phosphate because @realDonaldTrump said on TV it was a cure and was safe.

She’s in an ICU. Her husband’s dead. https://t.co/xsSoUwLbg0

Uh, @BuzzFeed? This guy didn't "self-medicate" with "a drug," let alone the same drug Trump touted. He drank fish tank chemicals because there was a similarly named ingredient. pic.twitter.com/2CfhBNiCia

We have deleted this tweet and corrected our story because it did not reflect the full nature of the self-medication done with an additive commonly used to clean fish tanks. https://t.co/0zucqRaIkI pic.twitter.com/3YY86rju2w

What a load of crap from Axios. They left the original tweet and story up for HOURS to get folks ramped up and afraid. Axios purposefully left out details in their original story knowing full well that far too many people never go past the headlines, nor would they click on the link to Banner Health and find out that what Axios and everyone else in the media was peddling was absolutely Fake News!

That poor lady in ICU can blame Trump all she wants. But at the end of the day, she and her husband made a very bad choice on their own. NO ONE and I mean NO ONE forced them to decided that a fish aquarium cleaning solution would keep them free from Coronavirus. That lady and her husband poisoned themselves out of a misguided attempt to keep them safe, and the media is gleefully capitalizing on this because Trump Bad!