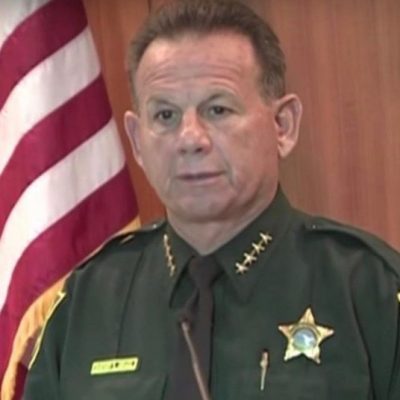 Previous post
Safety Scott: It's Back-To-School Week and Broward's Chief Coward Has Something to Say

The Termination of Peter Strzok 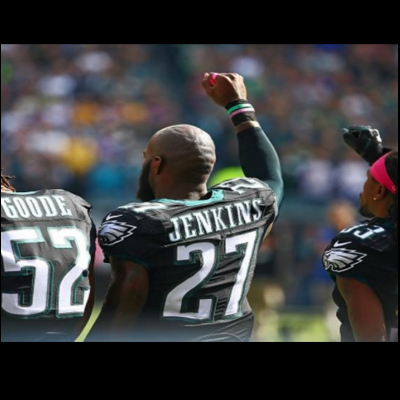 The Termination of Peter Strzok 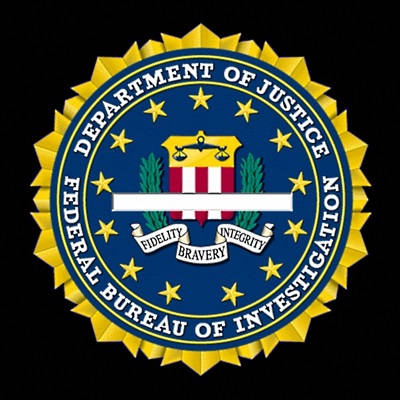 My phone pinged this morning with the news that FBI agent Peter Strzok has been canned over what the Washington Post headline claims to be “anti-Trump texts” (as if the poor victim got fired for merely having an opinion, rather than unprofessional behavior). The FBI Deputy Director apparently overruled the determination of an internal disciplinary review that recommended a demotion and 60-day suspension and decided to fire him instead.

To that I say, “Good riddance!”

To be sure, anti-Trump texts were never the issue in and of themselves, but rather Strzok’s unprofessional behavior that reflected poorly on the Bureau, the Justice Department, and our law enforcement and national security apparatus.

This guy was screwing his co-worker outside his marriage.

This guy was using a government issued phone to badmouth a political candidate who could have and did become his boss, and he continued to disparage the then-President Elect again using a phone paid for by the taxpayers – the very people who elected the guy they hated.

This guy was sending texts on an official phone at AT THE VERY LEAST made it appear like he was engaging in a conspiracy to sway a national election and leak sensitive information to the press. 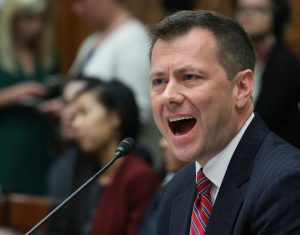 The very appearance of impropriety, which in this case was substantial, should have gotten Strzok booted from the bureau. Not relegated to a lesser role, not suspended, but fired – especially since said impropriety involved not only a national election, but also dangerous Russian meddling in our political system.

I’m hardly a prude, so Strzok’s affair with Lisa Page is between the two of them, Strzok’s family, and whatever God he happens to worship.

But when everything is combined into one unsavory picture, Strzok made the FBI look dirty and politicized, especially given the fact that “somehow” five months’ worth of messages between Strzok and Page seem to have disappeared only to have been “recovered” later. 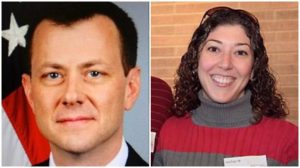 I once had a boss in the military who had so little sense, that he bragged about women he was allegedly boning outside his marriage on social media! I guess he thought he was untouchable and figured he’d give himself an ego boost by boasting about the quality of women he bagged. Luckily, a very intelligent public affairs officer bitch slapped the clueless dumbass, and the account went dark a day later.

Again, I don’t care who screws whom. I’m not here to sit in judgment of people’s personal lives, as long as it does not reflect poorly on my agency and my mission.

I do, however, care if high-level government officials have so little sense and exercise so little good judgment in their professional lives, that their activities sully their employers and the government writ large (as if the FedGov needed any help in that department)!

I expect those who are paid with my tax dollars to conduct themselves with professionalism. I expect them to exercise discretion in their activities, so that said activities do not reflect poorly on the agency that employs them. I do not expect them NOT to have political opinions – everyone does, and we certainly have the right to exercise them at the ballot box, on social media, etc. But I do expect government officials to be prudent in how they portray themselves publicly and not to use phones, computers, and other equipment paid for by me and my fellow taxpayers to denigrate their future bosses, spout their arrogant disdain at the very American voters who pay their salaries, and at least give off the appearance of serious improprieties.

So, yes – I’m glad Strzok is gone. I certainly do not want my tax dollars paying him to sit on his ass in a DOJ human resources department, where I’m sure he will be as useless as a knitted condom.

Strzok wasn’t fired because of his dislike for Trump or his anti-Trump texts.

He was fired because he displayed an appalling lack of character, judiciousness, and respect for the position he held, for the Bureau that employed him, and for the American people who voted for Trump in 2016.

The texts were a symptom. Strzok was the disease.