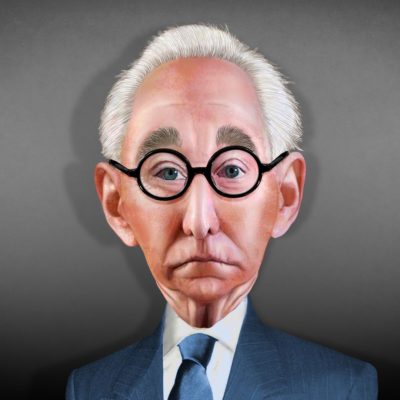 And, just like that, Democrats have become concerned with law and order once again. Yesterday afternoon, President Donald Trump commuted the sentence of longtime adviser and friend, Roger Stone.

Just like that, Democrats forgot about their own tampering with the 2016 election. Stone’s sentence was commuted, he has not been pardoned just yet. Just like that, they forgot Donald Trump is not the first president to commute the sentence of an individual who engaged in “criminal acts”. Where’s Bradley? Err-I mean, Chelsea? Certainly not behind bars thanks to Barack!

But justice is dead, they say. Roger Stone’s sentence having been commuted only shedding more light on the corrupt Trump administration. Take it from those who just want what’s best for the American people!

This is the most corrupt and cronyistic act in perhaps all of recent history.”-Jeffrey Toobin, CNN

Really? And a three-ring Impeachment circus wasn’t corrupt and cronyistic, either? It wasn’t an epic temper tantrum played out for the rest of the world to see? Speaking of epic temper tantrums, plenty were had last night by our Democratic darlings.

I’m recommending that we pass a law that presidents cannot issue a pardon if the crime that the person is in jail for is one that is caused by protecting the President, which this was.”-Nancy Pelosi

And I’m recommending we pass a law that the Speaker of the House does not go on national television whilst drunk. Or that she doesn’t agree to be interviewed by YouTubers and noshing on expensive ice cream during a pandemic that has left Americans without work. That will mean a lot less of Nancy but I think moist of us are fine with that. If someone protects the President, they should be in jail. What about protecting the American People? Obama not only commuted Chelsea Manning for sharing Top Secret documentation that could have compromised Americans? What about Obama transferring 9/11 masterminds (and very dangerous people) out of Guantanamo Bay?

There are two systems of justice now in America, one for criminal friends of the president like Michael Flynn and now Roger Stone and one for everybody else.”-Adam Schiff

Now do Hillary "Bleach Bit, smashed and destroyed hard drive and cell phones, deleted 33,000 emails that were under subpoena" Clinton.

Talk about evidence in plain sight. In pieces everywhere.

Even the campaign for Bunker Biden spoke out:

That’s funny. The Biden campaign talking about our country as a shining beacon to the rest of the world? Really? I think Joe should come out his cave and show America, and the world for that matter, what a shining beacon really looks like with one of his speeches where he talks about life, liberty and you know the thing. What a bright, shining light he will provide for America and the world! He will cure COVID-19 (although he still has not cured cancer like Obama promised he would) the very day he bumbles through his Inaugural Address.

Still, the questions loom about. Why did Trump commute Stone on a Friday afternoon? And why, before the election? Seems the President wanted to ruffle some feathered warbonnets:

Donald Trump has abandoned the rule of law and made a mockery of our democracy. He truly is the most corrupt president in history. https://t.co/GA7apdmd3Y

Oh, the corruption runs deep, Liz. And as far as a mockery of our democracy, we’d like to say that all you Democrats needed no help whatsoever from Donald Trump on this front. Between deflecting and blaming when you all have sat around for years and have done nothing. Nothing but bitch and moan because you did not get your pick for The White House in 2016. The joke is all on you guys. Your fear-mongering and race-baiting just to get a President out of office is downright shameful and really overshadows any of Donald Trump’s questionable dealings. You all have no room to talk about law and order because weeks ago, you supported none of it by allowing Americans to riot, become more exposed to a virus you’ve convinced us to be deathly afraid of and destroy communities. You have sowed the very division of which you speak out against. In fact, you might want to consider examining the stone that you are about to hurl with that slingshot and sit this one out.