Next post
Bernie Out, But is He Really Gone? 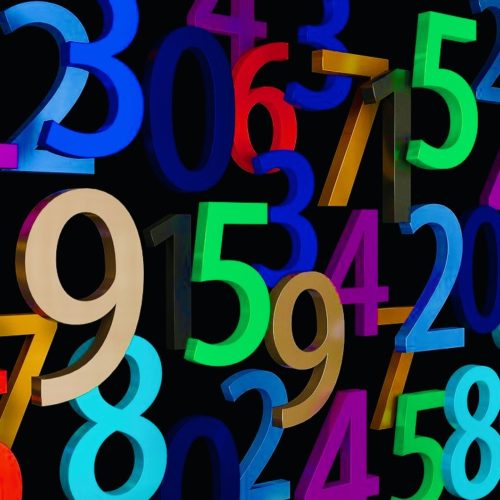 The numbers of Covid-19 deaths aren’t completely truthful. That was admitted by Dr. Birx during yesterday’s briefing.

“The intent is right now if someone dies with COVID-19, we’re counting that as a COVID-19 death,” Birx said. “There are other countries that if you had a pre-existing condition and let’s say the virus caused you to go the ICU and then have a heart or kidney problem. Some countries are recording that as a heart issue or a kidney issue and not a COVID-19 death.””

That’s one thing I realized a few weeks back when seeing reports about Italy’s numbers. Underlying health conditions that have people already immune compromised are at greater risk in regards to this virus.

My problem with the numbers is that the media has been running with scissors regarding anything and everything Covid-19 and getting so much wrong at every turn.

“Asked whether the numbers could skew data the government is trying to collect, Birx said that would mostly apply more to rural areas where testing isn’t being implemented on a wide scale.

“I’m pretty confident that in New York City and New Jersey and places that have these large outbreaks and COVID-only hospitals. … I can tell you they are testing,” she said.”

The numbers are skewed and I think that’s a big problem. We’ve seen multiple media reports of people dying from Covid-19, but you have to go past the headlines to realize that that person’s underlying health condition already had them compromised and this damned virus then exacerbated their issues.

This is a complicated subject for sure. But if we are supposed to be following the models, which were worst case scenario from the beginning, skewing numbers like this is… problematic in my opinion. I’m not the only one either. As Katie Pavlich note, “there’s a difference between dying FROM something and dying WITH something.” Can our economic shutdown be sustained when we are now finding out that the numbers are …not accurate?

I'm not ready to say we're getting led on, but I'm getting suspicious adjacent. https://t.co/kDpTbe3l7K

Bronx teacher was diagnosed last week with leukemia and COVID-19. Dies within days. Is it OK to consider him a COVID-19 death? People diagnosed with leukemia USUALLY don't deteriorate that quickly. THAT'S why COVID-19 is labelled as the cause. https://t.co/voEGHBWpuw

Again, all of this is very complicated. Here in Colorado, the state public health officials are insistent that THEIR super duper model is better than anything else out there.

“But state public health officials pushed back on those predictions, saying their own modeling — which they are using to guide social-distancing policies — shows the worst is still to come and that it may still be some time before Colorado recovers a sense of pre-pandemic normalcy.

“We are confident our peak has not hit,” Jill Hunsaker Ryan, who leads the Colorado Department of Public Health and Environment, said in conference call with reporters.

The number of coronavirus cases in Colorado is expected to peak sometime between May 8 and Sept. 14, depending on the effectiveness of social-distancing measures such as the statewide stay-at-home order, according to modeling released by the health department.”

When I read The Denver Post article yesterday, I wanted to reach through the screen and Gibbs slap Jill Ryan. You know why? Because, no matter which way you slice it, if that health official is advocating for this state to stay shut down until September, Colorado businesses won’t survive AT ALL.

Then there’s this regarding Colorado’s ‘better than everyone else’s’ model.

“The charts may include cases and deaths reported after the daily update by the Colorado Department of Public Health and Environment. Not all cumulative cases are active — the state has not released recovery data”

Numbers are important for sure. But being liberal with the numbers doesn’t, in my opinion, help right now. People are sniping and fighting over whether hydroxychloroquinine combined with Zpack is effective because no controlled case studies are being conducted. Battlefield medicine anyone??!!

Tracking numbers is important throughout all of this. What is MORE important is that the numbers tracked are as accurate as possible. Why? So we can not only battle the disease, but work to swiftly and carefully reopen our economy before it is too late.