Previous post
Mayors Live By Their Own Rules, Not Yours 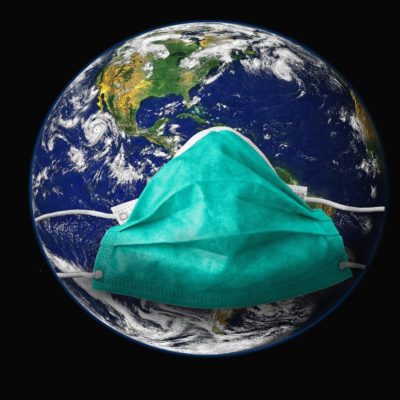 by Amanda Green in politics 17 Comments

Let’s face it. The evidence is growing that the World Health Organization (WHO) is in China’s pocket. It has almost been an apologist for the communist state during the Covid-19. We’ve seen WHO applaud China for its transparency in reporting about the virus. Give yourself a moment to consider that. China being transparent?!? If you believe that, I have some property in a wet part of Florida I’d like to talk with you about. Fortunately, Donald Trump is not the WHO and he has had enough of the way it’s been making excuses for the PRC. In fact, he is considering withholding funding for WHO. In my mind, that should have happened long ago.

According to Trump, WHO “missed the call” and are “very China-centric”.

And it did and it is. After all, it was WHO that opposed travel bans to China and Europe. It was WHO that applauded China for being so “transparent” about Covid-19 “even though there is reason to believe that more people died of COVID-19 than the country’s official tally.”

Yet, despite all this, we have CNN’s so-called “correspondent” Jim Acosta downplaying the ways WHO has screwed up where Covid-19 is concerned. At least he’s being called out about it on social medial Too bad our so–called mainstream media isn’t as dedicated to digging for the truth and calling out misrepresentations as many of the average Americans on social media are.

If Trump carries through with the threat to cut funding to the organization, it could be as disastrous to WHO as the shut down we’re living through is to our economy. Frankly, it could be much worse. Each year, the US contributes between $1oo-$400 million. In 2017, which happens to be the last year contribution figures are available for, we gave more than $400 million. The loss of that money will hurt, especially since many nations will very likely cut contributions over the next year. They’re going to have to in order to make up for revenue losses due to the Covid-19 shutdowns.

Shutdowns that might have been avoided if the powers-that-be at WHO had gotten their lips off of China’s ass and acted like the medical professionals they are supposed to be. Why would any of them ever think China was being open and honest about the source of Covid-19, much less the extent and seriousness of it, when the country does everything it can to shut down dissent, free press and the free exchange of ideas?

In other words, China didn’t let WHO in–and it is possible WHO didn’t really press the issue–and, therefore, the evidence was not available for them. Evidence that might have helped stave off the current situation. Had we known what was really happening in China, it is possible we wouldn’t now be watching our own economies circling the proverbial drain.

Let’s not forget that Taiwanese medical professionals warned WHO of possible human-to-human transmission two weeks before WHO posted the following tweet:

And WHO took them at their word. Why? And why should we now accept anything they say at face value?

Unfortunately, it has been too long since any country has held China’s feet to the proverbial fire. Nor have organizations like WHO or the United Nations (which appointed China to the Human Rights Council Panel. If that’s not a very bad joke, I don’t know what is) been held accountable. It is past time someone take action and it looks like that someone might be President Trump.

While I agree with WHO when it said travel bans should be “short in duration, proportionate to the public health risks, and be reconsidered regularly as the situation evolves,” the fact remains it slowed the study of the disease by other nations by accepting everything China said as the truth. How many lives would have been saved, how many businesses if the WHO had actually done its job?

Now it may finally face a consequence it won’t be able to ignore–the loss of not only American money but American support. The only question is how many other countries will follow our example

And we have to hope Queen Nancy and her cohorts in Congress don’t try to muck it up just because it is something Trump wants to do.

But Trump isn’t the only member of our government who feels the WHO should pay the price for its duplicity–or perhaps its negligence. Sen. Lindsey Graham made clear his intentions in an interview on The Story With Martha MacCallum.

And the next appropriations bill, there’s not going to be any money for the WHO. I’m in charge of the appropriations subcommittee. I’m not going to support funding the WHO under its current leadership. They’ve been deceptive. They’ve been slow and they’ve been Chinese apologists. . . I don’t think they’re a good investment, under the current leadership, for the United States. And until they change their behavior and get new leadership, I think it’s in America’s best interests to withhold funding because they have failed miserably when it comes to the coronavirus and did the same thing in 2015. . . .No more money to the WHO until they get new people in charge will understand there that they’re there to help the world fight disease, not apologize for China.”

Have no doubt about it, President Trump and Sen. Graham have the right idea. We should not support an organization that so quickly abdicates its duties to favor our enemy. It is past time for the United States to quit funding the World Health Organization. Here’s hoping the United Nations soon follows.

Featured Image by Alexandra_Koch from Pixabay