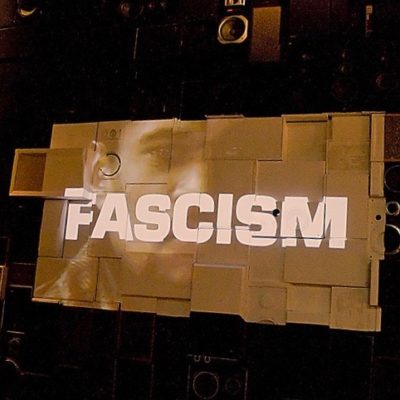 The Washington Post has outdone themselves again with a “perspective” article entitled, “Twelve Signs Trump Would Try to Run a Fascist Dictatorship in a Second Term”.

Let’s cut right to the chase here and highlight these 12 Signs, according to Jonathan Greenberg, shall we?

Greenberg’s supporting evidence for this? Trump deploying the National Guard to harass “peaceful protestors” in Washington. Peaceful protestors that broke windows and lit cars on fire, no doubt:

Fascism. Plain and simple. Protecting our NATION’S CAPITAL is fascism. On the road to the next episode…

Sign #2: Trump persistently lies about voter fraud, setting the stage for him to use emergency powers to seize control of the election or challenge the results if he loses.

As if Trump would be the first President to challenge election results? Remember hanging chads anybody? Remember a certain sore loser in 2016 who wrote a book on What Happened? The results of our 2016 Presidential election have been challenged for the past four years. There was Russia, there was collusion, there was an impeachment, there was an acquittal. Moving right along.

Sign #3: Trump has repeatedly suggested that he might remain in office after a second term and has offered reason to doubt he’d leave peacefully after this first term.

(Gasp!) Now if that doesn’t sound like a fascist dictator to you, I don’t know what you are thinking. And honestly, Donald Trump wasn’t the first president who would have remained in office a third term. In fact, Barack Obama was so confident that he would have won that third term if they just let him run. By the way, just because Obama “left peacefully” does not mean he did not leave behind damage in his wake. The beloved “forever president”, as some people call him, fueled the dumpster fire of political division we see today. Onward…

Sign #4: Trump appears to believe he has the power to outlaw speech critical of him, and he calls the free press “the enemy of the people.”

Clearly Trump, the fascist that he is, hasn’t quite figured out how to “outlaw” speech critical to him. Can one imagine if he did have this ability? The media would not know what to do with themselves! Trump takes plenty of shots fired at him directly and he sees the media and its puppets for who they really are-sycophants of the politically-motivated left, which brings us to one of my personal favorites of all the signs:

Sign #5: With Fox News promoting Trump’s lies as truth, the president controls one of the most powerful propaganda machines ever created.

First of all, if you believe anything and everything a news network tells you on either side, you might just want to do a bit more investigating on your own. But Fox News is one of the “most powerful propaganda machines ever created”? Fox is only one network. There’s CNN (no strangers to propaganda), there’s MSNBC. There’s ABC, CBS and NBC and tons of their local affiliates. There are radio stations. There’s PBS and NPR. There are newspapers-The New York Times..even WaPo as cited here-where democracy dies in the darkness, apparently. Let us not forget the entertainment industry and all of the mindless celebrities who thumb their nose down on the commoners and spout off their opinions. So, you tell me…Fox News is the biggest propaganda machine out there?

Sign #6: Trump believes that he has the power to do what he wants, regardless of Congress or the courts.

Sign #7: Trump acts as if he owns our government and can fire any official who defends the law.

Shall we discuss Obama’s executive orders? And as far as “firing any official who defends the law”, WaPo references Lt Col Vindman who retired this past week over “bullying, intimidation“. To some, Vindman may have “defended the law”. To others, his actions were despicable. Trump, far from being without blemish, handles his Presidency as a New Yorker would handle business in the boardroom. Why, on Earth, would anyone want officials who will turn against them in a heartbeat to gain political favor and recognition? Wouldn’t any CEO want LOYAL employees? Drum roll, please. Numbers 8 and 9 in the Signs a Trump Win Could Lead to Fascism:

Sign #8: Trump uses federal prosecutorial powers to investigate his opponents and anyone who dares scrutinize him or his allies for the many crimes they may have committed.

Sign #9: Trump viciously attacks his critics and has publicly implied that the Ukraine whistleblower should be hanged for treason.

Did he imply that the Ukraine “whistleblower” should be “hanged”? Sure. But out of any of our political figures, Donald Trump has probably been one of the most investigated Presidents to date. While ongoing investigations are pending, is the President supposed to just sit back and NOT investigate his opponents? It’s maddening. Seriously, if someone were attacking you, would you just sit back and let them without digging into the backgrounds of those throwing out accusations?

Sign #10: Trump has messianic delusions that are supported with religious fervor by millions of his supporters.

Trump has an ego. A large one at that. Do fascist dictators have a “God” complex? Sure. But, let’s back up here. Remember how many people worshipped at the altar of Obama? BHO is far more eloquent in his oratory prowess than Donald Trump which basically means he was able to conceal this “God” complex a little better than our current Commander in Chief. Obama was just as egotistical if not arguably more. He hid it well. Hillary Clinton also did think she was the chosen one in 2016. It was her turn. People worshipped at her altar as well.

Sign #11: Trump subscribes to a doctrine of genetic superiority and incites racial hatred to scapegoat immigrants and gain power.

Our president is sooooo racist, he just claimed this past week that a path to citizenship for Dreamers is “in the works“. As far as calling Mexicans “rapists and criminals”, any logical American would understand that he is not referring to all illegal immigrants. But, yes, in truth, a portion of these illegal immigrants are rapists and criminals who keep getting deported and returning to our soil. But, oh, Trump said he was “proud” to be of German descent so that could only mean one thing.

He’s just like Hitler. Is your brain hurting from all of this yet? Stay with me here. We have one more.

I personally don’t know if I could ever call Kim Jong Un a person who “totally gets it” but clearly, none of these people have heard the old adage, “keep your friends close, your enemies even closer”. In truth, Trump would have been criticized for NOT attempting to meet with ruthless dictators in an attempt to see what makes them tick. Even though knowledge to the opposition is power, Trump’s critics will continue to blast him for doing the unthinkable.

Signs, signs, everywhere there’s signs. And all of the above to the left are unthinkable. You see it? Twelve points outlined in plain sight for readers. This will help them make the decision in November when checking off their ballot for sure! Even though Donald Trump controls the biggest propaganda machine, like, EVER-Fox News. If Trump wins, look out, America! We’re on our way to fascism! If Biden wins, then what? Perspective.