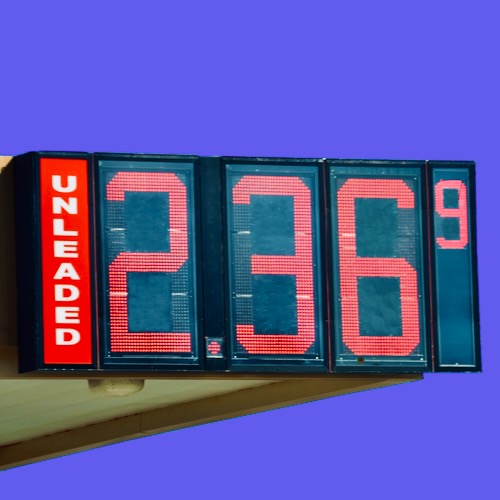 Well, not only is OPEC+ laughing at Biden, they literally told him to pound sand today. As I noted just two days ago, there was significant speculation that OPEC+ would cut oil production output by either 500K or 1 million barrels a day. Nope, that didn’t happen. THIS did.

On Wednesday, OPEC Plus announced a production cut of two million barrels a day.

The engagement ahead of the latest meeting of OPEC Plus included outreach by top officials from the State Department, Treasury Department and the National Security Council. Officials familiar with the calls say the efforts have not been a departure from the administration’s efforts over the past year to push oil producers to keep production levels high after Russia’s invasion of Ukraine, which has roiled global markets.

“We are always talking to all producers and consumers, including OPEC Plus partners,” said Adrienne Watson, a spokeswoman for the National Security Council. “That’s been the case for decades and across bipartisan administrations, including this one. We’ve been clear that energy supply should meet demand to support economic growth and lower prices for consumers around the world, and we will continue to talk with our partners about that.”

In other words, Biden was told to go pound sand. Which, quite frankly, we should’ve expected since OPEC+ along with Saudi Arabia have told Biden to go fly a kite multiple times over the last two years.

Guess what this means folks? It means gas prices at the pump will go up. And it won’t be pretty.

The group of major oil producers, which includes Saudi Arabia and Russia, announced the production cut following its first meeting in person since March 2020. The reduction is equivalent to about 2% of global oil demand.

The Biden administration criticized the OPEC+ decision in a statement on Wednesday, calling it “shortsighted” and saying that it will hurt low and middle-income countries already struggling with elevated energy prices the most.

Memo to the Biden Administration, do you know who is out there who can help the low and middle-income countries struggling to get oil and lower the costs?? The oil industry in the United States can help!

How tone deaf is the Biden Administration right now? THIS tone deaf.

Increase refinery output, great! Increase drilling though? Not happening on Biden’s watch. Further drain the Strategic Petroleum Reserve in order to prop up weak Democrats in hopes for a midterm win? Terrific strategy!

White House after OPEC+ decision: “At the President’s direction, the Department of Energy will deliver another 10 million barrels from the Strategic Petroleum Reserve to the market next month, continuing the historic releases the President ordered in March” pic.twitter.com/byLmmPY4tO

Biden’s on track to practically empty our strategic oil reserves to get Democrats elected in November.

Cancelling the Keystone Pipeline was a history-book-level screw up. pic.twitter.com/L8OqFzX23j

So, now the Biden Administration is supposedly asking refineries to step up production. Will that increase in production include refilling the SPR? Doesn’t look like it.

Supposedly this move by OPEC+ will be detrimental to THEIR reputation because Russia and shit. The Democrats are parroting variations on that theme hook, line, and sinker.

He went on to call on the U.S. to retaliate by barring major defense contractors like Boeing and Raytheon from sales to the Saudis.

“The president needs to make it clear we will cut off their supply. We could ground their air force in a day,” Khanna said.

Oh, give it a rest already. You know who has been destabilizing this economy? The Biden Administration. It started with shutting down the Keystone XL Pipeline just hours after the oath of office was given. It’s continued with refusing to let key oil and gas leases on federal land move forward. Draining the SPR is problematic for our economy as well.

We had a booming economy and prices at the pump were averaging $2.50 per gallon across the country. Biden brought that to a screeching halt and set off the whirlwind called inflation. Now, he’s reaping what he sowed. Inflation is at a 40+ year high with even property taxes increasing in small towns by nearly $400 in just one year, he’s demonized the oil and gas industry while using our tax dollars to prop up wind and solar.

OPEC says no, SPR options all but gone…

The WH has one option left and it is the one option they should have never turned away from in the first place – the US based oil and gas industry.

Life comes at you pretty fast….

Remember when NEC’s Brian Deese told Americans to pound sand and just deal with the high gas prices? I do.

BIDEN ADVISOR BRIAN DEESE: "This is about the future of the Liberal World Order and we have to stand firm." pic.twitter.com/LWilWSo72S

Now, OPEC has told Biden to shove it where the sun doesn’t shine. This after the Administration spent weeks and months begging OPEC for more oil and higher production outputs.

We have a disastrous foreign and domestic policy, and we will be feeling the pain at the pump on all levels.

Thanks Joe. You REALLY built this. OWN IT.