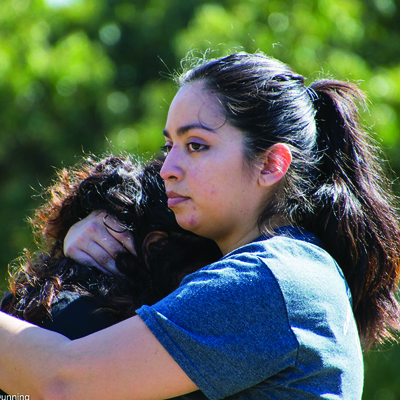 On Wednesday, a federal appeals court ruled that the Deferred Action for Childhood Arrivals program, known as DACA, is illegal.  Even though about 600,000 “Dreamers” can remain in the country for now, the 2012 program is on tenterhooks.

The Deets on the DACA Decision

A three-judge panel from the 5th US Circuit Court of Appeals said that the Obama administration didn’t have the authority to institute DACA. In fact, the program violates statutory provisions regarding immigration.

“DACA creates a new class of otherwise removable aliens who may obtain lawful presence, work authorization, and associated benefits. Congress determined which aliens can receive these benefits, and it did not include DACA recipients among them.”

In addition, the 2012 program “contravenes comprehensive statutory schemes for removal, allocation of lawful presence, and allocation of work authorization,” wrote Richman. However, she did acknowledge that DACA has been important to its recipients over the past 10 years. So the appeals court preserved the stay for these individuals — for now. Meanwhile, the ball is now back in the hands of a district court.

What does this mean? For the original “Dreamers” — those who had arrived in the United States before the age of 16 prior to June, 2007, and who have studied in an American school or served in the military, and have a clean record — can remain. Work permits will also remain in effect.

It will take several more months for the district court to sort things out, but if the program winds its way through the courts and to the Supreme Court, all bets may be off for DACA.

Reaction to the DACA Ruling

Not everyone is happy with this ruling of course. Like Secretary of Homeland Security Alejandro Mayorkas, for instance, who said in a statement:

“I am deeply disappointed by today’s DACA ruling and the ongoing uncertainty it creates for families and communities across the country.”

Rep. Raul Ruiz (D-CA.), chair of the Congressional Hispanic Caucus, said that DACA recipients can breathe a sigh of relief — for now. However, he added, “we must modernize our broken immigration system.”

Fix our broken immigration system. How often have we heard that before?

So Ruiz has called for ten Senate Republicans to join the Democrats in passing the American Dream and Promise Act. This act, which has already cleared the House, would create a permanent pathway to citizenship for DACA recipients. Will Ruiz get his ten GOP senators onboard? That, of course, will depend upon the outcome of the midterm elections.

However, Erika Andiola, the former press secretary for Bernie Sanders’ 2016 campaign, tweeted that Paxton “should be in jail.”

“Unlike you, we DACA recipients have to give our finger prints to the government every 2 years to make sure we’re “not braking (sp) the law” and can continue to qualify.” 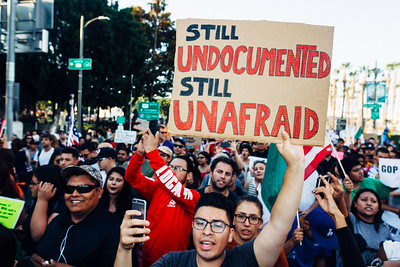 Meanwhile, Act Blue went into action, shilling for money. How much actually gets to DACA recipients is a good question.

“Shamefully, extreme MAGA Republicans in the Senate have blocked this bill, playing political games with families’ futures while embracing an extreme agenda of anti-immigrant cruelty.”

Scratch these people and underneath you’ll find sad sacks who have been permanently broken by Trump.

Reporter Bill Melugin, who has been doing yeoman’s work in covering the disaster that’s our southern border, reports the following:

“Border Patrol in Del Rio sector report fiscal year 2022 ended with over 470,000 migrant apprehensions in their sector, the most ever recorded there, as well as 160,000 confirmed “gotaways”. The sector also saw more than 260 migrant deaths in FY’22.”

And this is also happening:

So while progressives, Democrats, and the Biden administration whine about their beloved DACA program being placed in jeopardy, they allow the border to remain wide open. It’s fine with them to score political points by appealing to the Dreamers while brushing off the deaths resulting from their open border policy.

But all this may be backfiring on the Left. That’s because conservative Latinos — once in the Democrat camp — are turning to the GOP in droves. In fact, a recent Telemundo/NBC News poll shows that 73% of conservative Latinos favor Republicans. That represents a 65-point swing over ten years, which is enormous.

As one Latino voter told an MSNBC host on a recent program, “We’re for God, country, family and hard work.” Whatever happens to the DACA program won’t deter these folks from their American dreams.