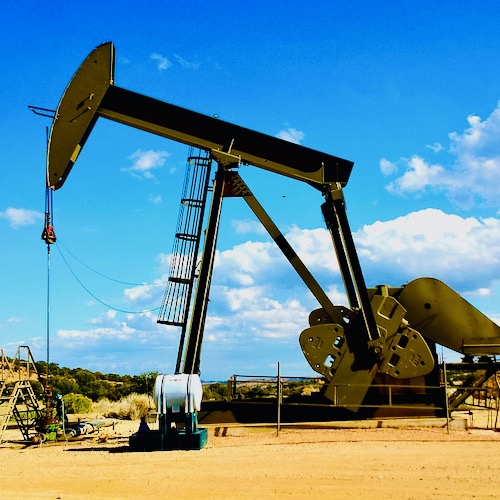 Climate Change arrogance is on full display with the Biden Administration. Let’s start with Biden himself.

“In barely a week in office, Biden has moved to rejoin the Paris climate accord, halt the controversial Keystone XL pipeline, impose new limits on oil and gas production, and mandate climate change as a priority across every federal agency.

On Wednesday, he promised to use the government’s purchasing power to fund a federal clean-car fleet — and the jobs that would come with it. He pledged to help low-income and minority communities that have historically suffered the worst pollution. And he insisted the nation must set about preparing for the inevitable impacts of climate change, even as it tries to stave off the worst future outcomes. He also said the United States will lead the world in the global effort to cut greenhouse gases that are driving climate change.”

The United States already leads the world in addressing pollution issues. You know who is one of the biggest polluters in this world? CHINA. Yet the Biden Administration continues hurtling down the path of economic destruction led by blind ideology. How about Nancy Pelosi? Turns out she’s making hay with Tesla stock while the Administration embarks upon a push for a clean-car fleet. Ethics for thee, not for me!!

What is in Biden’s Climate Change Executive Order?

That is in ONE executive order!!

John Kerry’s response to concerns about cratering the oil and gas industry?

“The truth, he said, was that the people working in energy and coal impacted by climate change efforts “have better choices” and can “go to work to make the solar panels.”

“They’ve been fed the notion that somehow dealing with climate is coming at their expense,” Kerry said. “No, it’s not. What’s happening to them is happening because of other market forces already taking place.”

“Coal plants have been closing over the last 20 years. So what President Biden wants to do is make sure those folks have better choices, that they have alternatives, and they can be the people who go to work to make the solar panels.”

In other words, the guy who owns multiple properties, boats, and a private jet AND put the kibosh on a wind project because it would ruin his view is telling oil and gas workers to learn to code.

But sure! Let’s kill the economy in favor of an unscientific fear-mongering ideology. Don’t you worry about your job losses. Don’t worry that people now in charge of all this climate change green energy crap have a resume of failure that they are bringing to the table.

But we are supposed to believe that they know best for this country? The arrogance is astounding and infuriating.

Meanwhile AOC is cheering because all her pet projects will be coming to fruition.

Isn’t she so cute??! Never mind, don’t answer that. Meanwhile, one of the other reasons we are doing this is because we have a health crisis!

But they've definitely got virtue signaling down pat. https://t.co/zQc6N0w8V6

Covid is bad, but not as horrific as the medical issues caused by climate change. Evidently the blizzard we just had here in Colorado is unhealthy and much more dangerous than some pesky Wuhan lung flu rot is.

Pete Buttigieg will likely hold on to his stance of raising taxes on vehicles and at the fuel pumps. The arrogance of assuming that raising taxes while killing jobs will help fix the climate is mind-boggling.

Chuck Schumer is chock full good suggestions. We MUST declare a climate emergency! And do so with Executive Orders instead of going through the House and Senate with legislation. Never mind that everything being proposed is going to be so prohibitively expensive, we need an emergency declaration!

I wonder how the new Interior Secretary Deb Haaland feels about Biden’s arrogance? As WY Superintendent of Public Schools points out, New Mexico and Wyoming along with multiple other states receive royalties from the oil and gas industry. Royalties that go directly to school funding. Wyoming stands to lose over $150 million in school funds if Biden’s EO stays in place.

I don’t even want to know what Joy Reid is smoking.

Unions who endorsed Biden for President, various Indian tribes, along with quite a number of Democrats – four in Texas in particular are now dealing with massive cases of buyers remorse over all of this.

How insulting, but not unexpected from the 'let them eat cake' crowd https://t.co/UjpsIErp18

Biden’s climate change arrogance is and will put America last on everything if we let this continue to happen.