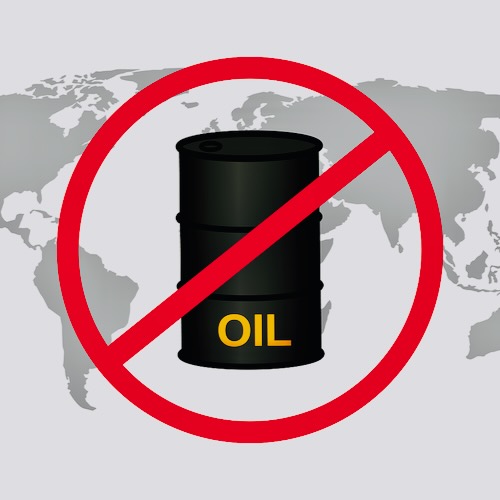 It seems that OPEC+, the oil cartel and allies (that includes Russia) is gearing up for a major cut in oil production. The cartel is meeting on Wednesday with a likely announcement soon after.

Major oil producing states are bracing the world for the biggest cut in oil production since the pandemic.

The OPEC oil cartel and its allies, including Russia, will reportedly consider cutting output by more than 1 million barrels per day (bpd) at a meeting in Vienna on Wednesday.

Oil prices climbed by as much as 4%, with benchmark Brent crude futures trading at about $88.60 a barrel on Monday, on expectations that OPEC will try to regain control of prices. Oil analysts say that if such a large cut is agreed on Wednesday, crude prices could rise significantly higher, impacting everything from the cost of gasoline at the pump to goods and services.

The group, known as OPEC+, controls more than 40% of global oil production. For years it has coordinated output policy in an attempt to ensure markets have sufficient supply at a price its members can live with. But events this year, including sanctions on Russia, and speculation about a looming global recession, have chipped away at its ability to influence the market.

The question is, will they cut production by 500,000 barrels or a million or more? As the media is quick to point out, this will be the biggest cut in production since the pandemic started. However, times are VERY different right now. The world is no longer on lockdown. People are working, traveling, and harvesting crops. During the pandemic all of that came to a screeching halt for weeks if not months.

Here’s the problem with this. In addition to the fact that more people are on the roads or in the sky for various reasons, gas prices, DESPITE Biden’s insistence are still high and going up.

Why is that I wonder? This is a partial reason.

“With gas prices continuing to surge on the West Coast and Great Lakes, the national average saw its second straight weekly rise. But at the same time, areas of the Northeast and Gulf Coast have continued to see declines as the nation experiences sharp differences in trends between regions,” said Patrick De Haan, head of petroleum analysis at GasBuddy. “Some West Coast states saw prices rise 35 to 55 cents per gallon in the last week as refinery issues continued to impact gasoline supply, which fell to its lowest level in a decade in the region, causing prices to skyrocket. While I’m hopeful there will eventually be relief, prices could go a bit higher before cooling off. In addition, OPEC could decide to cut oil production by a million barrels as the global economy slows down, potentially creating a catalyst that could push gas prices up further.”

Another reason, which will impact Americans in the future is Biden draining the Strategic Petroleum Reserve multiple times since last summer.

Furthermore, OPEC+ is doing this in spite of Biden begging the cartel to increase output. He’s begged for that multiple times and OPEC+ has said NOPE every single time.

Here’s something else, Biden PROMISED Americans this summer that OPEC+ would increase their oil production.

The Saudi reading of the Biden-MbS meeting is more circumspect. Adel Al-Jubeir, a top Saudi diplomat briefing afterward, said that Riyadh will produce more oil **if it sees a shortage** (that's a long standing Saudi policy). And he indicated Riyadh will work via OPEC+ | #OOTT

And now, as of this coming Wednesday it is highly likely OPEC+ will cut oil production.

We have an administration and a brain-addled President who campaigned on getting rid of fossil fuels. That started with killing the Keystone XL pipeline, has continued with shutting down key oil and gas sales and leases, draining the Strategic Petroleum Reserve, and the wilfull blindness of pushing for green energy and ineffectual electric vehicles.

This is the first time in history, honestly, that the Strategic Petroleum Reserve has been used as a campaign credit card to buy down political risk for the midterms,” Stewart told John Solomon of Just The News.

The leftist Green New Deal progressives have Biden blinded to the very real and very negative impacts of his war on oil. Gas prices are going back up, and will continue to rise especially as we move into the winter months.

Biden and his handlers have put our economic and national security at risk because they want to kill the oil and gas industry. Now, OPEC+ is literally thumbing their noses at Biden and America. This move will NOT help Democrats during the mid-terms. They know it, even if Biden and his handlers refuse to accept reality.