Next post
Balenciaga: Demna Gets Thrown Under The Bus 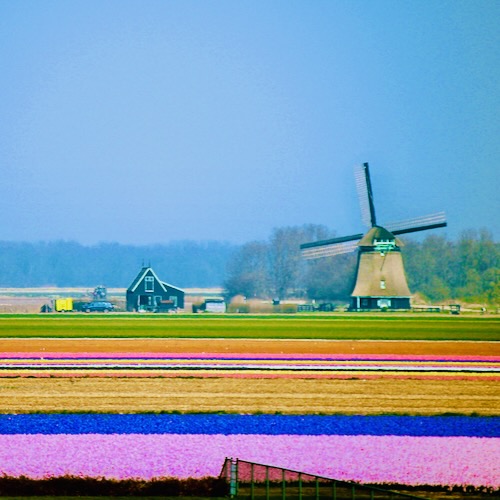 You know the climate change aficionados have really partaken of the Koolaid when a government decides that 3,000 farms need to be forced out of business. It’s for their own good you see.

The Dutch government plans to buy and close down up to 3,000 farms near environmentally sensitive areas to comply with EU nature preservation rules.

The Netherlands is attempting to cut down its nitrogen pollution and will push ahead with compulsory purchases if not enough farms take up the offer voluntarily.

Farmers will be offered a deal “well over” the worth of the farm, according to the government plan that is targeting the closure of 2,000 to 3,000 farms or other major polluting businesses.

Earlier leaked versions of the plan put the figure at 120 per cent of the farm’s value but that figure has not yet been confirmed by ministers.

“There is no better offer coming,” Christianne van der Wal, nitrogen minister, told MPs on Friday. She said compulsory purchases would be made with “pain in the heart”, if necessary.

There are so many problems with this. Nitrogen is highly necessary for life and for sustainable agriculture practices. Secondly, the Dutch government is targeting farmers and ignoring other industries such as airlines that are more of a problem than farming is!

The next stop on this dystopian adventure is for gullible people to believe that when they breathe out CO2 they are harming the planet, and therefore…. https://t.co/uDWUr0prPX

Third, once 3,000 farms are gone, what impact will that have on the Netherlands making bank on the food they export?

Exports from Dutch farming were worth a staggering 85 billion Euros last year alone; a new record. The Netherlands export its farming produce far and wide, including eggs to the American market, apples and pears to Vietnam, and the German’s seem to love Dutch produce, as they account for 25 per cent of all exports.

In fact, Netherlands is the second largest exporter of food in the world, the first is the United States. Getting rid of 3,000 farms means thousands of acres of food that will no longer be planted, harvested, nor sold. Want to bet the government will assure the farmers that they can just turn around and either build greenhouses elsewhere to grow food, or… learn to code.

In 2019, the Netherlands passed a law that forced people to buy permits if whatever their business was emitted nitrogen.

What the government idiots are ignoring because it doesn’t fit their favored climate change narrative is this: nitrogen is a part of all living tissue and is essential to human life. Furthermore, this pesky detail should be shouted from the rooftops and farm fields.

Around eighty per cent of the Earth’s atmosphere comprises nitrogen gas.

Not only that, but the government push to eliminate nitrogen will cause BIG problems.

Why is nitrogen used??

Nitrogen is used as an effective way to prevent oxidation and provides a safe, inert atmosphere which “sweeps” off furnace-generated gases. This is also used as a laser cutting assist steam, that facilitates plasma cutting. Nitrogen is used in a broad variety of applications for upstream and midstream electricity.

How do you fix nitrogen?

A wide range of microorganisms called diazotrophs, including bacteria such as azotobacter, and archaea, naturally conduct nitrogen fixation in the soil. Some nitrogen-fixing bacteria, particularly legumes, have symbiotic relationships with certain plant groups.

What would happen if nitrogen-fixing bacteria did not exist?

Bacteria transform airborne nitrogen and carbon dioxide into functional components that can be used as basic building blocks by plants and animals. To living organisms, a loss of all microbes would be terrible news that they can not produce or receive such essential nutrients on their own.

Yet it wouldn’t surprise me that pointing out those annoying facts to the climate change cultists gets one banned from the cool kids table.

In the name of science, governments such as Sri Lanka forced farmers to abandon agriculture methods that work in favor of virtue signaling. Sri Lanka is now bankrupt. Yet the Dutch government hasn’t learned that lesson.

Nope, not one bit. Instead farmers are supposed to ‘volunteer’ to have their land taken away. If they don’t, the government will seize it anyway.

This is such a boneheaded move by the Dutch government. All because the whacked idiots at the EU have deemed nitrogen to be one of the bad guys. This isn’t science, it’s climate change madness at its very worst.

This is a huge threat to the livelihoods of farmers across the Netherlands, and it will indeed have a negative impact upon both the food supply and exports if this entire gambit comes to fruition.

What’s more, is the fact that people here in the U.S. will applaud this and are trying to push the same here.

A shocking illustration of Frederic Bastiat’s principle of “legal plunder”…

“When plunder becomes a way of life for a group of men in a society, over the course of time they create for themselves a legal system that authorizes it and a moral code that glorifies it.” – Bastiat https://t.co/ryZ41Qdnc5

Climate change madness is a detriment to the economy and a huge detriment to society. Don’t believe me? Just look at Sri Lanka and watch The Netherlands implode if they do in fact seize 3,000 farms because it sure as hell won’t stop at that number.