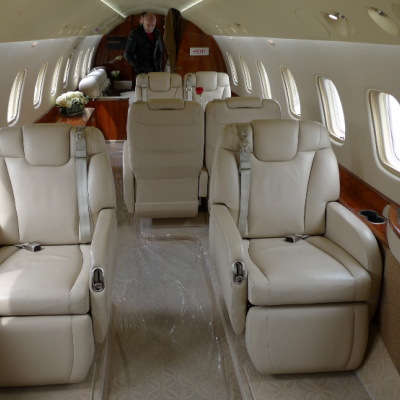 A few years ago, I was joking that I was tired of driving everywhere and that someday I would have a private jet and call it “Right Wing One”. My son piped up and said, “Yeah, we don’t need no stinking left wing.” I don’t envy people having private jets. I am happy for them. I am offended by the Climate Change Charlatans with private jets who lecture the rest of us on reducing our carbon footprints to save the planet from destruction. Total twats like Climate Czar John Kerry and, Lord forgive me, Kylie Jenner.

Kylie Jenner is an easy one to make fun of, but she never had a choice or chance. She has been raised on anthropogenic climate change and probably never learned history or the difference between weather and climate. She probably has been petted by syncophants and hangers on about how good she is and how much she cares. Kylie the entrepreneur has a vegan skin care line and tries not to eat meat.

Miss Kylie is under fire as a “climate criminal” for using her private jet for trips as short as three minutes. The trip from Van Nuys, CA to Camarillo, CA is only 40 miles, but it would take well over an hour easily to drive. I would take the jet for the three minute jaunt too, rather than sitting in Southern California traffic. Miss Jenner and her current baby-making partner, Travis Scott, each have their own private jets. Good on them, but the climate change acolytes are not amused.

The comments on Kylie Jenner’s tacky Instagram are sending me. pic.twitter.com/fYd6bQpcqu

fh
Poor Kylie. The two sacred rites in the Liberal Religion are abortion and climate change. If Miss Jenner buys enough indulgences, that is, donates to enough climate change causes or funds a beach clean-up, her sins WILL be forgiven, until the next time.

John Kerry, U.S. Special Presidential Envoy for Climate, doesn’t have the excuse of the lack of education that Kylie Jenner has. Kerry is an empty suit with a thirst for power. I gotta be honest here. I have HATED John Kerry ever since I saw the clip of him from 1971 saying that U.S. soldiers committed war crimes in a fashion reminiscent of “Jenghis” Khan. I do love this meme from Twitter.

In a fashion reminiscent of Genghis Khan, Ketchup Boy, breaks the rules.

Pompous, perfumed patricians get away with everything. pic.twitter.com/JJKkfYXXHW

Ketchup Boy says “we are behind” and need to “accelerate” our move to green energy, which isn’t very green if you know the truth:

Kerry has told us time and again that he NEEDS a private jet because he doesn’t have time to waste as we serfs do. According to the New York Post, John Kerry has take 48 trips on his private jet since Biden assumed the Oval Office:

The jet, a Gulfstream GIV-SP, has made 48 trips lasting more than 60 hours and released an estimated 715,886 pounds — or 325 metric tons — of carbon dioxide since Biden entered the White House in January 2021, Fox News reported, citing data its obtained through flight-tracker FlightAware.

That’s 48 trips in 18 months, folks. While you are limiting your trips because the government is causing a gas shortage to raise prices to get you off fossil fuels, John Kerry is flitting all over the world on his private jet. But, not all the time. He only uses his jet for private travel. In his role as Climate Envoy, he travels commercially, yeah right, or on military planes. Yes, let us talk about military air transport or milair. We are not talking about Cessnas here. We are talking 737’s with huge carbon footprints. We are so screwed as long as the elites are in charge. And, speaking of which.

“The problem with folks like John Kerry and the climate hypocrites who run the green movement is that they want to use the coercive power of government,” ​Daniel Turner, the executive ​d​irector of ​​Power The Future​, told Fox News.

“They want to use it internationally with groups like the UN, etc. They want to use the power of government to deny the rest of us the ability to use those fossil fuels that they take for granted,” Turner said.

And, on that note, I would like to commend to your reading Nina’s post on Sri Lanka and the damage, destruction and collapse of that country due to green policies. Your future thanks to twats like Kylie Jenner and John Kerry.