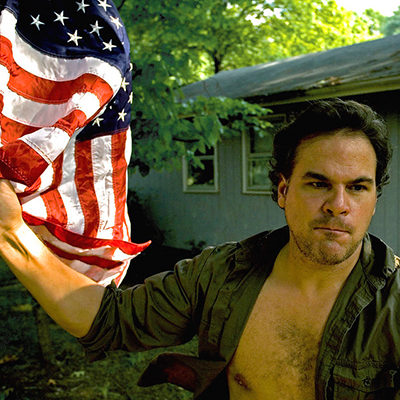 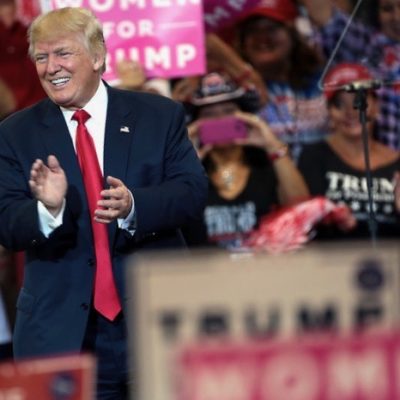 The MAGA crowd is motivated by fascist aesthetics. Flip the record on the record player to the “B side”, folks and viola, we have the same old song from Salon.

Matthew Rosza of Salon once again dissed the MAGA crowd by saying Trump supporters fell victim to nothing but fascist tactics. A tactic exercised by (color us shocked), Adolf Hitler. Here we go again, I hear the blowhards blow again. Rozsa cites a work by Jewish Marxist, Walter Benjamin:

Fascism attempts to organize the newly created proletarian masses without affecting the property structure which the masses strive to eliminate. Fascism sees its salvation in giving these masses not their right, but instead a chance to express themselves. The masses have a right to change property relations; Fascism seeks to give them an expression while preserving property. The logical result of Fascism is the introduction of aesthetics into political life.”-Walter Benjamin, The Work of Art In The Age of Mechanical Reproduction

How does the MAGA crowd fall for this fascist aesthetic? By Trump’s trolling, by Trump’s tweets, by the overwhelming display of the red, white and blue and “mindless” individuals showing up in record numbers to support the President. Rozsa thus reduces the MAGA crowd (to include those of us who voted for Trump’s second term) to a bunch of idiots motivated by nothing but aesthetics. And fascist ones at that. The MAGA crowd has never been advocates of the American people, according to the writers at Salon. Trump’s aesthetic has made us “bitter, hateful and paranoid”.

Watch Fox News any day of the week, and most of what they cover is a bunch of segments about how liberals are hypocrites or liberals are the worst. Everything is just reinforcing the stereotype of liberals as these hate objects you can just feel justified in trying to punish. While Trump supporters may recognize that certain government programs help them, they will disregard those facts if a right-winger appeals to their hostility toward racial minorities, women, the LGBTQ community, immigrants or members of other marginalized groups.”-Amanda Marcotte, Salon

This coming from a woman who refused to see her Texas family because of political differences. Because this is a true picture of liberal love, right?

If I were a shrink sitting on a couch right now, I’d say Marcotte and Rozsa are projecting, projecting, projecting. The MAGA crowd hates liberals. Liberals don’t hate the MAGA crowd much, do they? Nope. They’re full of love and acceptance to any and all (non-MAGA-hat-wearing) Americans. Let’s go bust some windows because: love TRUMPS hate, right? Rosza goes on to say that some MAGA supporters don’t agree 100% with all of Trump’s rhetoric but enjoy “sadistic bullying” because “it makes them feel good”.

What exactly makes a liberal feel good? Calling someone who wears a MAGA hat “a stupid science denier”. Throwing an elderly person wearing that MAGA hat, who may have served in WWII, to the ground. Insulting Trump supporters at every, single turn by hearing them scream like obnoxious toddlers who do not get their way, “nazi-fascist-Hitler” in their faces, in their news articles, in their Tweets and in front of a camera. To add insult upon injury here is yet another article saying the MAGA crowd is mindless, only paying attention to a certain “aesthetic”. Our colors have been reduced to “aesthetics” now. Think about that for a moment.

Perhaps the “aesthetic” the MAGA crowd wants to hold on to is the American way. Grit, hard work and sometimes, brutal honesty by calling people out on their BS. We know this is sometimes too hard for liberals to take especially when science only suits them sometimes (even though they claim to be the party of science).

Even if Trump miraculously vanishes from the political scene after leaving office, his lies about the 2020 election are likely to foreshadow future ways in which American fascists use mass entertainment to win over support.”-Matthew Rosza, Salon

Mass entertainment? Let’s rewind for a second, shall we? When Barack Obama was President, mass entertainment had a love affair with him and Michelle. They were an “aesthetic” appearance who graced magazine covers, appeared on popular television shows and radio programs. The Obamas were rammed down our throats. Barack-the inspirational orator who gives grown men tingles up the leg. Michelle, fashion icon. But the Obamas were not an “aesthetic” even though they were invited to all of the “cool kid” parties and twisted words to insult the average American which in effect, brought about the MAGA movement. Their “aesthetics” were something that the liberal masses have wanted to bring back since the 2016 election. They cannot have Obama again so they will settle for the 47-year career politician who rode on Barack’s coat tails. They have spent four whole years attempting to delegitimize Trump’s election and now they want to say that the MAGA movement is a fascist aesthetic?

You know what’s fascist? The left and their aesthetics. Their pretentious platitudes and airs of superiority have brought about the “fascist” MAGA movement. Their elitist viewpoints and unrealistic entitlement has brought about the “fascist” MAGA movement. Their attempt to humiliate and shame other fellow Americans who don’t agree with their philosophies and ideologies by talking down to them and crass insults have brought about the “fascist” MAGA movement. Insidious bullying and insult upon insult have driven Americans to MAGA rallies. But they are the smart ones, the woke, masked wonders that they are. Telling you to shut up and “do what you are told” (while some ignore the very rules they are imposing upon others). Closing your businesses. Tanking your local economies. Encouraging riots all whilst saying “we’re all in this together”. Dehumanizing all law enforcement officers by putting them in the same lot with the bad seeds. Hijacking our education systems. Using mass media to sway an election before votes were legitimately counted. But we’re the fascists. How’s that for sadistic bullying? Rammed. Down. Our. Throats. Till we choke. Are we sick of it yet?