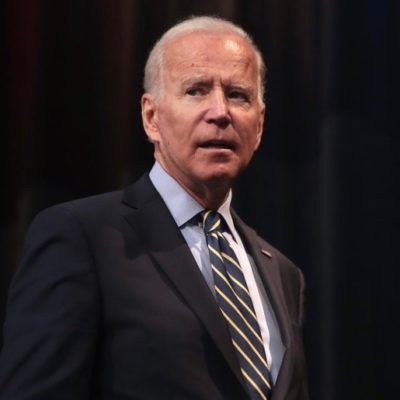 Democratic Presidential nominee, Joe Biden, has all but sat in his bunker on lockdown until this past week. The former Vice President, has been hanging out in his basement talking about his “plans”, making himself available for a few appearances and putting a cap on questions during nap time.

Which has been for his whole campaign for the most part. Until this week. Where, under the watchful eyes of his wife, Jill (who must really want to be First Lady because why in the HELL she would put this man through this is beyond some of us), the support of his running mate, Cackling Witch Kamala Harris and former President Barack Obama, Biden’s camp has finally decided to do something. Yes, I know it’s a novel idea. They’re campaigning.

And Joe Biden is stumblin’ and bumblin’ through it all.

And who can forget this from Joe’s Greatest Hits of The Week:

But my wife Jill, as you know, and Doug Emhoff, uh, Kamala’s wife, are there.”-Joe Biden

Joe Biden is either now believing there is no such thing as gender (party of science) or he’s just straight up out-of-it. This has only been ONE week of solid campaigning for Joe. Liberals love to talk about privilege. They love to say they advocate for the underdog (they don’t). Here is Joe Biden, a white man of privilege who grew up going to private schools, who spent 47 years in an ineffective political career where he banked off of his (unqualified) son’s earnings and peddled his influence waltzing in during the final hours. After months of silence from his camp, months of sheltering the former VP and shielding him from hard-hitting questions, here he is. Sauntering in to swoop up the Presidency. Old “nice guy” Joe, for a kinder, gentler America. If this isn’t a trick, I don’t know what is.

Honestly, this is an outright insult to the American people. Joe Biden, although an ineffective politician, has played the political game for decades. He has surrounded himself with people who understand the strategies and although he may be a little fuzzy in his advanced years, he is no stranger to them. He is no stranger to the buzz words and political jargon that make politicians, uh, politicians. He has been part of the establishment that has done NOTHING to help working class America or to remedy the racial, political and ideological divide. One can argue that he has been part of the establishment, under former President, Barack Obama that made this chasm deeper. The VERY establishment that brought on the election of President Trump in 2016.

The fact that Joe Biden is campaigning this week only and talking about his (ahem-Kamala’s, Nancy’s, The Squad’s) plans shows the VERY entitlement complex that infects the Democrats of D.C. It happened in 2016 with Hillary Clinton who skipped campaign stops altogether and disappeared the last few weeks of her campaign. They thought FOR SURE it was her turn. Joe Biden’s camp is using the reverse strategy; putting a lid on questions but attempting to give the illusion of going balls-to-the-wall in the final week. This is also a trick and sadly, some will be duped. He’s not Trump, they say.

And indeed Joe Biden isn’t. Think about it. Our very President has experienced firsthand the illness that has put us in Pandemic Purgatory for months on end and is still campaigning. Yes, COVID-19 can be serious and deadly for some and despite the media reports, Trump is not discounting this. But Trump knows that locking down one of the strongest economies of the world is not going to put an end to this pandemic any time soon. COVID is here. And yes, we need to live with it. And sadly, this means some will get very sick. Trump is entrusting Americans to be safe, to be cautious, to be prudent, to be independent grown-ups. The big trick the Democratic establishment, to include Joe Biden, has played on the American people is to live in fear, to lock down and to trust the government to make the right decisions for them. This is what should scare people but some have been lulled into a false sense of insecurity with our current President. They have bought the lies and have fallen right into the deceptive trap of the establishment. Their trick is to wear down us Americans-to look for the path of least resistance and tragically, to some, that is a vote for Biden. They will warily cast their ballot for bumbling Joe because they don’t want lock downs (Biden encouraged more), because they don’t want riots on election night, because they want “normal” back again. They don’t realize that their “new normal” will be a lot worse than what they are seeing now. Joe Biden is an entitled, senile, dirty charlatan who will take office and defer all of his decisions to individuals who hate America and everything we stand for. Americans who vote for him and those of us who didn’t will be victims of this trickery.