Previous post
GDP Rise: Why We Need a Trump Redux

Next post
Joe Biden, Trick To America, Not A Treat 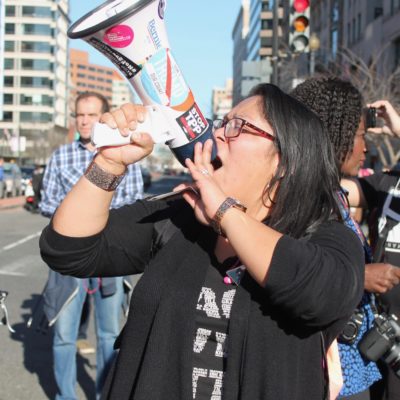 Columnist, Margaret Carlson of The Daily Beast is the latest casualty to fall victim to the epidemic known as Trump Derangement Syndrome (otherwise known as TDS). We saw its inception last election in 2016 when Donald Trump sailed to victory to become the 45th President of the United States.

Symptoms of TDS post election include, but are not limited to, screaming at the sky, demanding a safe space with stuffed animals and coloring books when hearing something one does not like to hear and going as far to unfriend all of your Facebook friends who have different opinions. Other symptoms include a false air of intellectual superiority, dying your hair multiple colors of the rainbow or growing your beard out and getting a nose piercing so you look like you just came out of Seattle’s CHOP, CHAZ, whatever.

Margaret is, truth be told, petrified of what’s going down on Tuesday. She said so in her latest and greatest.

Our anxiety is due to things we saw all too clearly four years ago and some we’ve only begun to see in the last few months. Trump loves to say the only way he can lose is if Democrats rig the election. The truth, usually the opposite of whatever Trump says, is that the only way Biden can lose is if Trump rigs the election, which is exactly what he’s been doing for some time now.”

Here we go with “rigging” the election again. In the delusional world of the Democrats who waited with bated breath and bottles of champagne at the Javitz Center the night of Election 2016 to give Hillary her turn, they are convinced in their bubbles that the only way Trump can win is if this election is rigged.

It’s hard to believe that a candidate who leaves infection in his wake at rallies he shouldn’t be having will be rewarded for it. But in Tampa, a cheering crowd Thursday risked dying to be with him.”-Margaret Carlson, The Daily Beast

It’s hard to believe an old establishment politician who has a horrible track record, who has gotten rich while in public office could also be rewarded the Presidency of the United States, too, but I digress…

Carlson claims she won’t be sleeping until this election is “over”, this bad Orange Man, talking about opening up the country and appealing to blue-collar America who only “think” he cares about them. Like Joe Biden does?! Carlson also does not rule out another wave of election PTSD should the bad, Orange President get elected for four more years. It happened in 2016 here and here and it resulted in an epic temper-tantrum featuring the whole cast of characters from Pelosi, to Schumer, to Schiff to The Squad. Hell, Hillary Clinton lamented for 512 pages.

If a person gets PTSD from something in national politics not going their way, I can guarantee that politics is not the biggest problem with this person's life. They should fix their own life first.

But people are terrified of this election, I tell you! And Carlson is not the only one who is terrified of getting a case of election PTSD once again. Ana Navarro of The View is also starting to feel the stress.

I have PTSD from 2016. I remember the polls looked pretty good for Hillary Clinton the week before the elections. You know, she had a bunch of fireworks ready to go election night that were never lit. And so, you know, I hope people are not relying on the polls and thinking that that means they don’t have to go out and vote, that they don’t have to go stand in line, they don’t have to return their ballot. They can vote for you know whomever they want, a third party or write-in, Mickey Mouse. We’ve learned our lesson after 2016. Voting matters. Every vote matters.”-Ana Navarro

Let’s think about legitimate PTSD for but a moment here. These “journalists”, these “writers”, these “television personalities”, these celebrities, these spoiled college kids are all but saying how incredibly feeble-minded and privileged they are. Not to mention how incredibly selfish are they in claiming to have Post Traumatic Stress Disorder? They have never fought in a war and to say they will suffer from PTSD when all of this is said and done is an insult to individuals who truly suffer from the disorder. But how would they know that? This is the vain and shallow world we live in; where individuals like this write up melodramatic screeds of how they can’t sleep. Of how they will be absolutely crushed because the person they wanted to be President of our country was not elected. They don’t want to play nice with others. They don’t want to individually try to make our country the best nation in the world. They will stew for another four years. They will tell us the end of the world is near. They will claim to be embarrassed to be Americans (but won’t attempt to leave). They will push the doom and gloom. They will wallow in their own misery and make excuses for it. They will scream at the sky. They will protest. They even hinted that they will riot in the streets. Read: if Trump wins, they will throw a big temper tantrum. Bigger than 2016. Oh, yay.

They are trying to believe the polls but are plotting the next strategy because, well, we saw what happened with the polls in 2016. And now, we bring you another symptom of TDS: the delusional belief that their candidate of choice-a jibber-jabbering, senile shyster, is a magical unicorn.

Given Biden’s emotional steadiness and the appeal of calm and competence, why can’t we relax and count our eggs, if not our chickens? November 2016 is ancient history.”-Margaret Carlson

Lock down on election night. We expect those numbers of post-election PTSD cases to grow exponentially if there is a Trump win. The only remedy for these Biden could be perhaps (God forbid) he wins and trunalimunumaprzure gets mobilized after he gives the order from his bunker.