Previous post
Joe Biden, Trick To America, Not A Treat 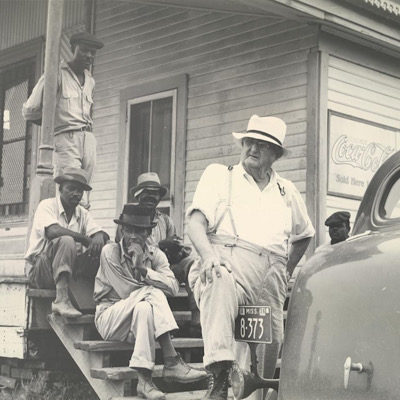 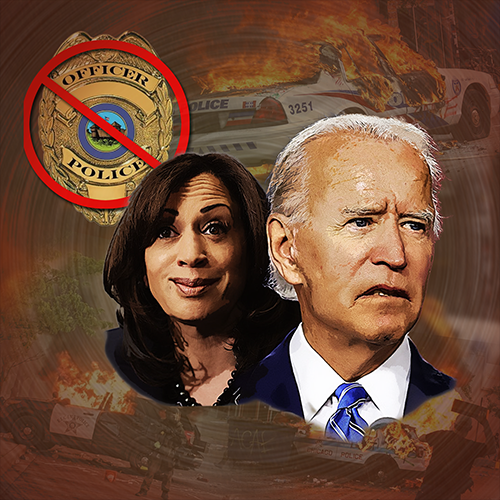 Defund the police is a definitive agenda item should the Biden/Harris ticket win on Tuesday. Joe Biden and Kamala Harris have made that very clear during this campaign cycle.

“Even more recently, in his October 15 town hall with ABC, while Biden once again said “we shouldn’t be defunding cops,” he did emphasize the need for community policing and total transparency and talked about his plan for addressing the systemic problems in policing: “One of the things I’m going to do . . . is set up a national study group made up of cops and social workers as well as made up of the Black community and the brown community to sit down at the White House and over the next year come up with significant reforms that need to take place within communities.” He continued, saying “there has to be transparency available, we have to be able to at the federal level go in and be able to check out if there is systematic problems within police departments.” Biden then reaffirmed his stance on banning chokeholds, and talked about the need to teach de-escalation practices, especially in cases that involve mental illness: “That’s why we have to provide within police departments psychiatric psychologist and social workers who go out with the cops on those calls, some of those 911 calls. To de-escalate the circumstance,” he said.”

So, the Biden Administration will put together a task force to nowhere regarding policing in the United States? Looking at the above, it’s clear that the task force would have one agenda and one agenda only. Defund the police. Hamstring the police by having some new entity within the DOJ looking over every law enforcement agency’s shoulder and nit picking the response to any and all situations. Any proposed Republican solution, such as Tim Scott’s won’t see the light of day.

As far as adding psychologists and social workers to the mix? Someone please tell me how a psychologist or social worker would’ve been able to de-escalate the situation of the knife wielding man in Baltimore who burst out of the house running at the police officer with a knife? Oh, that’s right. Joe says shooting them in the leg will work!

Would a social worker or psychologist been able to defuse the situation in Philadelphia? Which time given that police had been called to deal with Walter Wallace multiple times that day already? The situation was volatile from the very start. Quite frankly, BECAUSE Wallace was holding a knife, meant that he was a physical danger to everyone around him. Period.

It doesn’t help that city councils, including Philadelphia have cut funding to police departments and the reason Philly cops didn’t have Tasers or some other type of less lethal weapon available is again, due to lack of funding and the inability to schedule two weeks or more training time.

Law enforcement is looking at all of this and, for the first time ever, supporting a Republican for President. Which has people on the left up in arms. Evidently this support, according to NPR, could affect police and law enforcement’s “legitimacy.”

Kamala Harris is pro-criminal. That’s the only inference one can draw from her calling for people to donate to the bail fund that lets looting rioting thugs all across the U.S. walk away scot free.

Furthermore, look at who her friends are, such as Quinn Delaney and Wayne Jordan with their Akonadi Foundation, which advocates for critical race theory. Delaney and Jordan were huge donors and bundlers for Obama, and are doing the same for the Biden/Harris campaign. Meanwhile, this information regarding their Akonadi Foundation (Lateefah Simon is a close friend of Kamala’s) is a giant red flag.

“Last month, the Akonadi Foundation was touting “occupations” of houses by the activists it backs. The “occupations” were said to “reclaim” the houses from real estate “speculators”.

Proposition 16, the push to legalize racial discrimination using affirmative action in California, was financed by millions of dollars from them.”

The leftist has described the Black Lives Matter riots as “global uprisings”.

But the Akonadi Foundation also dabbles in all sorts of radicalism. It’s militantly opposed to immigration enforcement against illegal aliens, it has fought against cooperation between police and ICE that saves lives by stopping killers, and it champions, what it calls, “freedom cities”.”

Police precincts have been attacked and set on fire in Seattle, Portland, and Minneapolis. Officers have been attacked, ambushed, and hospitalized because of the violent rioters. What have Joe Biden and Kamala Harris said in response? Very little. Have they called upon those Democrat-led cities to bring the law enforcement and national guard resources to bear on shutting the rioters down? No. ‘Violence is bad! Stop it!’ is essentially their response.

When law enforcement associations swing their support to President Trump, pay attention. They are telling us that Joe Biden and Kamala Harris will most certainly defund the police should they win on Tuesday.