Next post
National Guard At The Capitol - What Could Go Wrong? 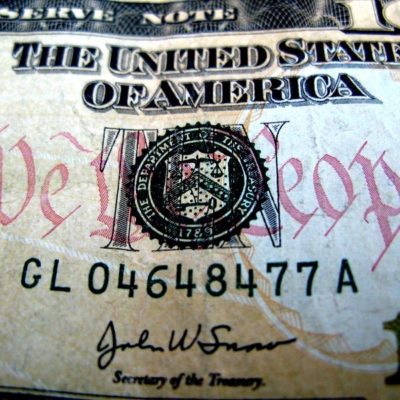 Democrats who voted for Joe Biden are giddy and counting the days to the inauguration. Media outlets are not letting up. Enter Emily Peck from the Huffington Post (HuffPo) and her Trump supporter theories.

HuffPo’s Peck laments in this piece that individuals who supported Trump that his support base was never about the economy. What was it about, then? A racist agenda and making sure white men are first.

The insurrectionists came to Washington by plane. They stayed in Airbnbs and at the Embassy Suites. They wore costumes and carried weapons and iPhones. Some were cops. There were doctors, lawyers, a Chicago real estate broker, teachers -even a school therapist. A CEO.”-Emily Peck, HuffPo

Oh, so they weren’t hillbillies who stayed at Holiday Inn and ate at The Olive Garden? Perhaps Peck should clue in Anderson Cooper. Oh, right. He wasn’t dissing a restaurant. He was dissing “criminality”. Does Cooper do this when Antifa riots? Just curious. They’re the party of science and not the “uneducated boomer rubes” to the talking heads with the Ivy League pedigrees.

Peck says the Capitol riots were supported by white men of high social standing but then uses this to support her claim that Trump voters were never about the economy:

The perception that “pocketbook” issues motivated Trump voters likely comes from the fact that Americans with less education did tend to vote for him in 2016 and 2020. But their motivating factor wasn’t about, say, the rising cost of health insurance. Lower education also correlates with ‘group animosity’ fear of the other.-Diana Mutz, political science professor at the University of Pennsylvania.

So, were those who brought chaos to the Capitol doctors and lawyers or “Americans with less education”, Peck? To which social rung do they belong? Apparently, they’re all white men and racist:

The insurrection was the violent cry of a group of (mostly) white men, afraid of losing power ― not just of having their savior leave office but more broadly seeing their place at the top of the American caste system knocked down a peg.”-Emily Peck, HuffPo

But Peck, (a white woman of privilege of which I am sure she self-acknowledges and repents of short of giving away her own freedoms and possessions to the disadvantaged), wants to talk about the caste system in America? Really?

Overwhelmingly they’ve found that Americans who chose Trump were worried about losing their social status, their place in a country where white folks will soon be in the minority and where many women no longer seem to realize that men should be in charge.”-Emily Peck, HuffPo

Our current political climate has turned around and made everything about race. The “I don’t see color of skin” remark will get you chewed up one side, down the other and spit out by a woke, white liberal. This “everything is racist” mentality has zoned in on differences and polarized them. Embracing diversity in our communities has morphed into zeroing in on differences, self-loathing and atoning for these differences. Instead of celebrating differences, they have been magnified and have caused even more division. We see this dynamic play out as early as elementary school. Little Johnny on the playground couldn’t care less about the color of his friend’s until the teacher, the parents stepped in and decided to have a “woke” discussion about race how Little Johnny is a white boy and his best friend is black. All of a sudden, it does not matter that these two little boys on the playground live in the same upper middle-class neighborhood in similar homes with similar incomes. Celebrating the differences has turned into one-sided repenting of those differences. “Equity” has become something affluent white executives with advanced degrees sit around and discuss ad nauseam. “Programs” are put in place to “protect” the “marginalized”. I never thought I’d see a day where a white man can claim to be a trans-woman (therefore a woman in his eyes) and use this to play a system and take something from a biological woman but here we are.

I am an American woman who voted for Trump in both this election and in 2016. I voted, not because I was worried about losing my social status and not because my husband intimidated me into casting my ballot for the bigot, nazi, homophobe, evil President with the orange tan. I voted for Trump because I have a mind of my own, thank you very much. I chose Trump because I have been tired of rich, white people in Hollywood telling me it’s time to step aside while they do nothing of the sort. I voted for Trump because my family and I have worked hard to build a life. Other families in our community, of all backgrounds have done the same. This past year has been hard on the economy. An economy that was doing well but has largely been driven to the ground by Democrat policies in key states after the Wuhan Flu hit ground zero. After Democrat lawmakers and big media alike stirred up panic and tanked the economy.

It’s not that Trump rioters have actually fallen behind economically; it’s that they’re worried about the prospect of Black folks doing better.”-Emily Peck, HuffPo

“Black folks”, huh, Emily? The woke are so woke they don’t even know how racist they really sound.

As an American, rioting is not the answer on either side of the political spectrum. As an American, I want us ALL to do better. We could have done better. A senile, old white fool who has been part of establishment politics in this country, who took every, single opportunity to elevate his social status was, and still is, to me, not the answer either.