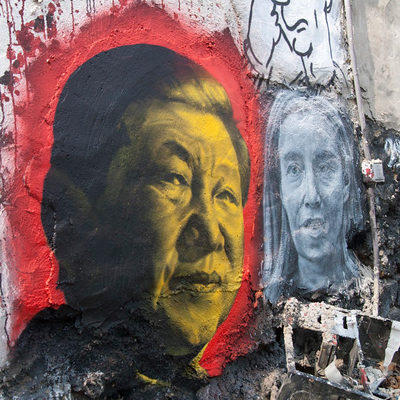 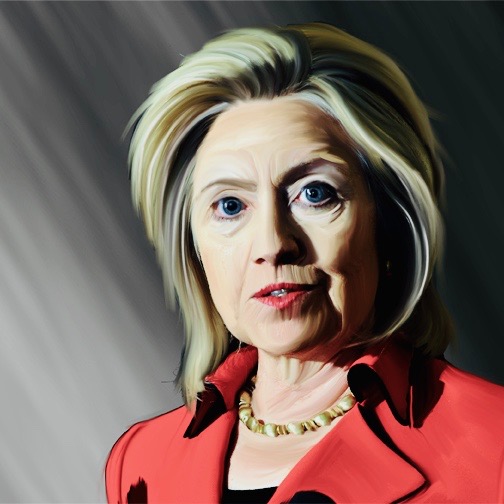 The “Hillary” Hulu documentary debuted at Sundance this weekend. The newest tidbit from this gushing doc is that Obama called President Trump a fascist.

Tim Kaine is quite the little tattle tale.

““President Obama called me last night and said, ‘Tim, this is no time to be a purist,’” Kaine tells his then–running mate. “‘You’ve got to keep a fascist out of the White House.’”

Clinton replies: “I echo that sentiment.””

Reps for Obama nor Kaine responded to requests for comment. Gee, I wonder why? As for Hillary, what did she have to say in response?

“In an interview at Sundance today with Jeffrey Goldberg, The Atlantic’s editor in chief, Clinton elaborated on her exchange with Kaine. “If you look at the definition [of fascist], which I’ve had the occasion to read several times,” Clinton said, “I think we can agree on several things: One, he has authoritarian tendencies and he admires authoritarian leaders, [Vladimir] Putin being his favorite. He uses a form of really virulent nationalism. He identifies targets: immigrants, blacks, browns, gays, women, whoever the target of the day or week is … I think you see a lot of the characteristics of what we think of [as] nationalistic, fascistic kinds of tendencies and behaviors.””

Oh. Well, isn’t that nice. Hillary knows what the definition of a fascist is, and Trump resembles that. This from a woman who is soaking up all the adulation she can at Sundance for her stunningly brave unveiling of herself in a Hulu documentary that captures all that is oh so wonderful about Hillary’s years of public service.

Hillary on what she likes about the "Hillary" docu-series. #HillaryOnHulu #Sundance @PiyaSRoy
"This was the whole arc of my life and she really captured it." pic.twitter.com/qY4QljrPsC

The Hulu trailer, which will probably air on all the networks ad-nauseum until March 6, can be viewed here if you are brave enough to click through.

Hillary makes the excuse that the diss on Bernie took place last year, and therefore it isn’t relevant today.

Yes it is. Hillary holds grudges. We all know that. Hillary is doing everything she can to stay in the spotlight and rewrite history to suit her own favored narratives.

But back to Obama calling President Trump a fascist. This doesn’t surprise me. President Selfie Stick knew that Trump would succeed in upending his pen and phone policies that he put in place. He knew that Trump would drive a bulldozer through his legacy. OF COURSE Obama would say something like that! And, OF COURSE, Hillary will throw him under the bus to gain points.

So Hillary and Kaine needed to do everything they could do beat Trump. Yet the Hillary campaign kept shooting itself in the foot.

First of all, picking Tim Kaine as your running mate? That never ever made sense to me.

Secondly, spiking Bernie’s campaign at the convention and then kicking Debbie Wasserman Shultz to the curb? I’m pretty sure that sent alarm bells ringing through the Democrat establishment.

Third, her calling the majority of Americans ‘deplorables’ landed like a lead balloon.

Fourth, that entire 9/11 Memorial event and the aftermath raised a great number of questions.

Fifth, her fundraisers with movie stars didn’t play well with her base.

I busted out laughing for about ten minutes regarding the worst advice bit!! Watch starting at 2:50 in.

Which one of her good friends and advisors was responsible for her NOT campaigning in Wisconsin, Pennsylvania, and ?

Which of her friends and advisors told her it was a grand idea to blame Benghazi on a Youtube video?

Which of those stellar friends and advisors told her that running your own server and bleaching the crap out of your hard drives and Blackberries was the best thing ever?

Putin is bad, but your super duper advisors told you the Russian reset button would fix things? Hey, at least the Clinton Foundation made money.

I could go on.

I’m sure lots more tidbits will be leaked from the Hulu doc prior to the March 6th debut of this fawning ode to Hillary. I’m sure those leaks will be throwing everyone else BUT Hillary under the bus.

Hillary Clinton caused a firestorm when these comments she made about Bernie Sanders became public.

But in an interview with The Times at #TCA20, Clinton said she “absolutely” stood by the pointed criticisms she makes in the #Sundance docuseries https://t.co/Ai2zCCwe5K

Hillary may not be running, but she sure is running a shadow campaign designed to keep her in the spotlight.