Next post
First Day of Impeachment Trial Is Dumpster Fire 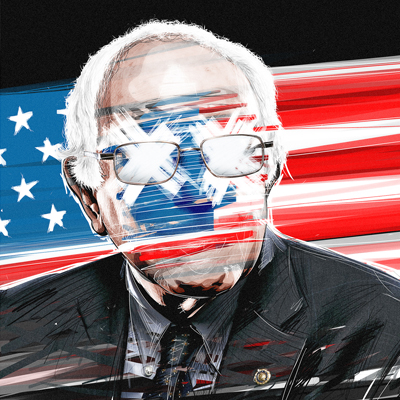 Yes, you read that correctly. In an interview with Hollywood Reporter, Mean Girl Hillary Clinton dissed Bernie Sanders by claiming that “nobody likes Bernie.”

Here’s what she said:

“Nobody likes him, nobody wants to work with him, he got nothing done. He was a career politician. It’s all just baloney and I feel so bad that people got sucked into it.”

Women anchors at Fox Business couldn’t believe what they were reading:

If you have Hulu (and a strong stomach) you can watch how Hillary dissed old Bernie — along with President Trump, of course — in a four-part series beginning on March 6. Because somehow Hillary hasn’t gotten through her thick skull that her expiration date is up and she now smells like moldy cheese.

But not only did she rip on Bernie’s likability, she also doesn’t know if she’d vote for him if he were to win the Democratic nomination:

“I’m not going to go there yet. We’re still in a very vigorous primary season.”

The conceit of this woman is matched only by her lack of self-awareness. She dissed Sanders’s appeal while forgetting that she’s the one who called Trump supporters a “basket of deplorables.” She was the Secretary of State who lied about the Benghazi attack. And after four Americans died in the attack, Hillary uttered the dismissive words, “What difference — at this point, what difference does it make?”

Talk about being unlikable!

And Hillary also bragged that Trump and Fox News help keep her in the spotlight:

“There are some people who just can’t give me up. I live rent-free in his head.”

Snort. Why would Trump have a Hillary obsession? He’s president, and she’s not — thank God.

But while Mean Girl Hillary dissed Bernie Sanders, let’s not go feeling sorry for old Bernie, either. In fact, Project Veritas just dropped a new video which shows yet again how radical his staff is. These are frightening people whom Bernie keeps close. For example, the profiled South Carolina field organizer is a “red diaper baby” who’s been a Communist his entire life.

Bernie Sanders may look like the cranky but harmless old guy who yells at kids to get off his lawn, but keep in mind that at heart he’s a Communist. His possesses bone-deep fondness for the old Soviet Union and for Cuba. And he hires top campaign staff who are Communists, too.

Hillary Clinton and Bernie Sanders. A pox on both their houses.