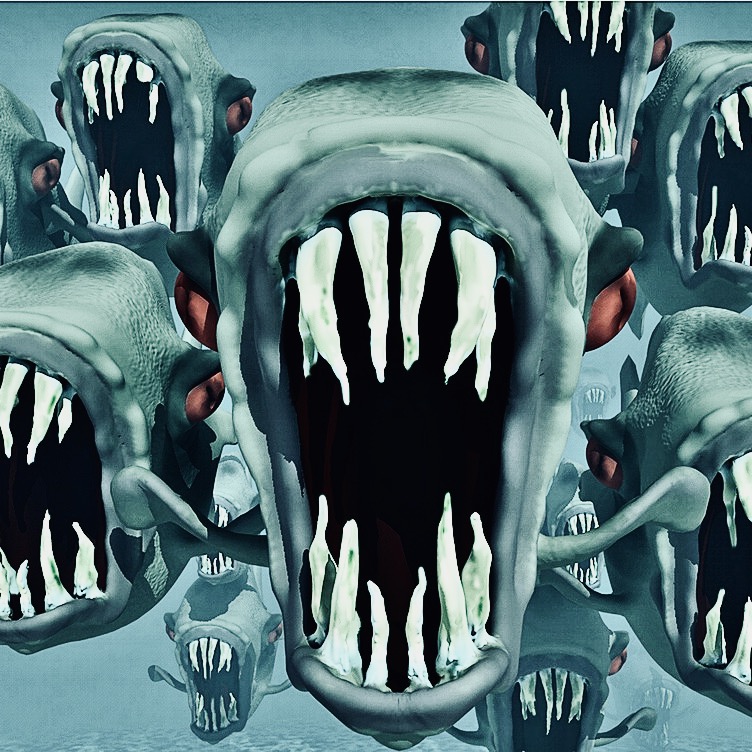 Fear-mongering is the media’s word of the day. If you follow along and buy what they peddle, you will believe that President Trump is doing everything in his power to keep us cowering and living in fear!

“President Donald Trump leaned into fear tactics Saturday as he accused the left of trying to “erase American history, purge American values and destroy the American way of life” in a late reelection pitch to voters in Michigan.

“The Democrat party you once knew doesn’t exist,” Trump told voters in Muskegon, Michigan, ahead of a rally in Wisconsin — two states in the Upper Midwest that were instrumental to his 2016 victory but may now be slipping from his grasp.

As he tried to keep more voters from turning against him, Trump sought to paint Democrats as “anti-American radicals” on a “crusade against American history.” He told moderate voters they had a “a moral duty” to join the Republican Party”

Hoo boy, where to begin?

President Trump is correct. The Democrat Party as we’ve all known it does NOT exist anymore. When my mother-in-law, a staunch life long Democrat and former county Dem chair votes for Trump in 2016 and will be voting for him this year, you know that today’s Democrats have left her. She’s bluntly stated as such.

Democrats ARE anti-American radicals. A prime example? The Squad who wants to burn it all down and reshape this Republic into their favored leftist socialist image. The Green New Deal is socialism. Defunding the police puts us all at risk. Taxing everything that moves, especially the rich is socialism. The Squad wants that and more. They are not the Democrat party we’ve known. They are the progressive leftist Democrats who’ve taken over.

Today’s Democrats are on a crusade against American History. The 1619 Project is Exhibit A. It’s premises and many of the “facts” have been debunked time and again. The most recent is this from a prominent historian refuting one of many of Hannah Nicole Jone’s assertions.

“And Lincoln did not believe that the United States was “a democracy intended only for white people.” On the contrary, in his stern opposition to the Supreme Court’s racist Dred Scott v. Sandford decision in 1857, he made a point of noting that, at the time the Constitution was ratified, five of the 13 states gave free black men the right to vote, a fact that helped explode Chief Justice Roger B. Taney’s contention that black people had “no rights which the white man was bound to respect.””

Secondly, take a look at what is happening on our college campuses. Wrong speak and wrong think is anything conservative or American. Students are being impeached, yes impeached from their student government positions. Why? Because she is against ILLEGAL immigration and had the temerity to create a “Students for Trump Instagram page.” Professors have been driven from campus on the whims of a few, all because of arbitrary determinations that whatever history or literature, or even MATH that is being taught must be white-washed lest someone get triggered. Think I’m wrong? “Recovery from White Conditioning” is a must attend class at the University of Minnesota. If you don’t comply, then the knives come out. But sure! Tell me again that the Republicans and conservatives are to blame for the fear we are living with?

Let’s talk about the REAL fear-mongering. Last week the Senate Judiciary held the confirmation hearings for Amy Coney Barrett. CNN was so disgusted by the fact that President Trump nominated her, that they didn’t air the hearings. As for every single Democrat on that committee, if you’d listened to them and only them, you’d walk away with the following beliefs:

Think I’m wrong? Listen to Kamala who hopes to be Vice President.

Yes indeed, if Amy Coney Barrett is confirmed, the United States is DONE according to the Democrat wisdom from Kamala. But please, whatever you do, do NOT call that fear-mongering!

Meanwhile, anything that President Trump says or does is enough to send people screaming for the hills. But when the Democrats do something similar? Crickets everywhere.

Fear-mongering! The Trump/Pence campaign rallies. Those are stupendously awful because SUPER SPREADER COVID-19!!!

Wisconsin experienced a record number of new coronavirus cases yesterday. The number of people hospitalized here has tripled in the last month. 22% of Covid tests are coming back positive.

And yet the President is holding a rally in Janesville, Wisconsin that looks like this: pic.twitter.com/0ohmuZW2R6

Large crowds of Trump supporters pack the president's rally in Muskegon, MI on Saturday with little to no social distancing. pic.twitter.com/ZlUIitwCao

Meanwhile, the Women’s Marches that took place all over the country today? Absolutely FABULOUS!

Thousands are now marching in DC for the #WomensMarch pic.twitter.com/btdMnFhbYo

People from the Women’s March yell at a pro-life protester for being pro-life but not wearing a mask: pic.twitter.com/AteNezRpnP

Fear the Trump and his campaign rallies. Fear not any protest/riots or Women’s March.

Tell me again, who is the fear-monger?