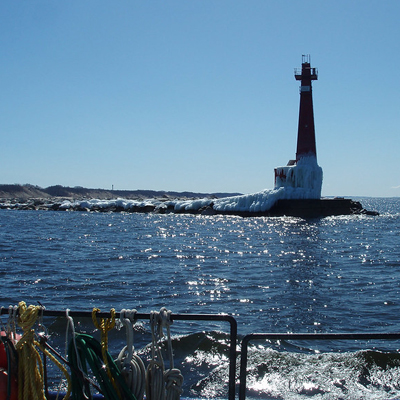 You would’ve never guessed that not too long ago President Trump was a patient at Walter Reed hospital, sick with COVID. That’s because on Saturday he held two raucous rallies in the Great Lake states of Michigan and Wisconsin. Joe Biden was in Detroit, MI, on Friday, but his appearance was. . . oh, let’s say a little less exciting.

But on Saturday, Michigan belonged to Trump. He held an outdoor rally at the airport in Muskegon, throwing red meat to the enthusiastic crowd. They ravenously ate it up.

“Ilhan Omar, she doesn’t love our country too much, I don’t think so.”

He also warned that if Joe Biden wins the election, the nation would be controlled by “radical anarchists.” He even went so far as to call Biden a “criminal” who “works for China.”

,But Trump also blasted the person who may be the most loathed woman in Michigan: Gov. Gretchen Whitmer, who instituted ridiculous lockdown orders.

Whereupon the crowd launched into one of the favorite hits of 2016 Trump rallies: Lock her up! Lock her up!

However, Gov. Whitmer was not exactly happy about being the butt of a Trump rally. So she immediately responded on Twitter:

“This is exactly the rhetoric that has put me, my family, and other government officials’ lives in danger while we try to save the lives of our fellow Americans. It needs to stop.”

The “danger” Whitmer was referring to was the amateur plot to kidnap her, hatched by six disgruntled men who didn’t like her lockdown orders. Naturally Whitmer blamed Trump for allegedly sounding a “call to action” to the Proud Boys, who weren’t even mentioned in the indictment of the six. But this, of course, is what she thinks Trump supporters are: all kooks whom he can easily lead, therefore they should not be talking smack about her. Such criticism could put her “in danger.” Free speech at rallies? It needs to stop!

The President then went on to the state on the west side of Lake Michigan: Wisconsin. Once again, he held an outdoor rally at an airport, this one at the Southern Wisconsin Regional Airport in Janesville. Despite the chilly weather, people waited for hours to hear the President.

But in Wisconsin, what the media were really upset about was the number of people who weren’t wearing masks. That’s because Wisconsin is currently enduring one of the worst coronavirus outbreaks in the nation, with nearly 4000 new cases reported on Friday. 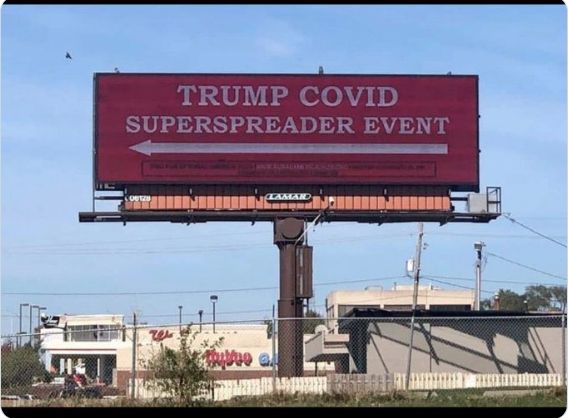 “This entire pandemic is a hoax,” Brandon Rice of Eau Claire said as he waited in line. “I think it was done to make him look bad. It’s fake news.”

“I refuse to wear a mask,” Rice said. When asked why, he said, “Because I’m not a sheep and I’m not scared. It’s their way to get control over us.”

But while media obsessed on coronavirus at the outdoor Wisconsin rally, Trump didn’t. Instead, he talked about recent anti-police violence, once again criticizing Joe Biden.

“The anti police rhetoric of Joe Biden, and the Democrat Party, is really what causes a lot of this, too. It puts police officers in harm’s way.”

Trump also reminded those attending the rally of the importance of the state to his re-election:

“We win Wisconsin, we win the whole ballgame.”

But can Trump win Wisconsin and Michigan? Both are crucial swing states, and currently, polls say Trump is behind Biden in both states.

Biden, however, cannot rally his troops like Trump can. What’s more, Joe Biden’s campaign manager, Jen O’Malley Dillon, warned that the race is “far closer” than people think. She posted at Twitter:

“We think this race is far closer than folks on this website think. Like a lot closer.”

One thing is sure, however: Donald Trump runs circles around Joe Biden in the enthusiasm of his supporters. They want to vote for Trump. How many voters really love Joe Biden, and will gladly turn out to vote for him? On the other hand, how many of them support him simply because they hate Trump, and may not be so motivated?