Next post
MSNBC: Tiffany Cross Says Republicans Are A Threat To Democracy 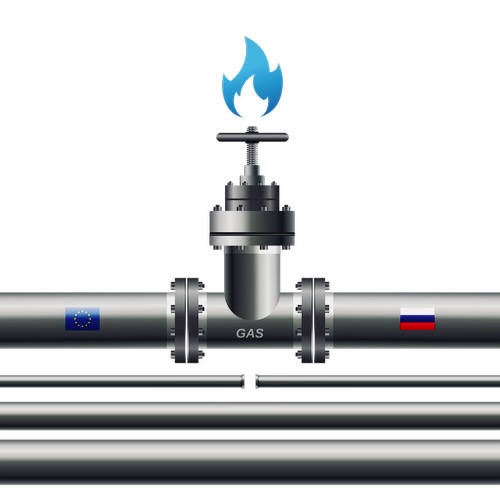 With the Nord Stream pipeline shut down indefinitely, Europe could get very cold this winter on a number of fronts.

The G7 agreed to impose a Russian oil price cap on Friday to slash funding for Putin’s war in Ukraine, while keeping crude flowing to avoid price spikes.

However, there are concerns among some officials that the cap could be scuppered without the participation of major importers such as China and India, which have sharply increased their purchases of Russian crude since Vladimir Putin invaded.

And in a threat to the G7 nations, the Kremlin warned earlier on Friday that it would stop selling oil to countries that impose price caps on Russia’s energy resources, saying such a move would lead to significant destabilisation of the global oil market.

In a surprise to no one, but the politicians in charge, Russia wasn’t going to take this lying down. No sooner had the EU issued their decision, then SUDDENLY, the Nord Stream pipeline comes to a screeching halt.

Vladimir Putin last night sparked a fresh energy war with the West as he kept Europe’s gas pipeline closed after the G7 agreed an oil price cap to choke his war chest.

Moscow blamed ‘oil leaks’ in a turbine after announcing the Nord Stream 1 pipeline, which runs to Germany under the Baltic Sea, would not reopen today as planned after three days of maintenance.

Sparking fears of fuel prices rising yet further, state energy firm Gazprom said the facility would remain closed indefinitely until the leaks were fixed. The announcement came hours after Chancellor Nadhim Zahawi agreed with the world’s richest democracies to try and slash the Kremlin’s main source of revenue.

As many are thinking, these pipeline leaks sure did happen at very convenient times didn’t they? It’s certainly not wrong to be very suspicious of the timing of this shutdown given the EU decision just a day prior.

What does this mean for Europe this winter? Well, unless the EU is able to get other sources of fuel, or get their power plants restarted, life is going to be chilly, VERY chilly this winter.

As I pointed out the other day, Germany has already issued new rules and warnings about temperatures, turning off lights to landmarks and more.

Now, the pipeline is shut down, indefinitely. Russia is weaponizing energy, oil, and gas against those who are standing with Ukraine. In fact, this Nord Stream graph demonstrates the games Putin has been playing since the Russian invasion of Ukraine began. 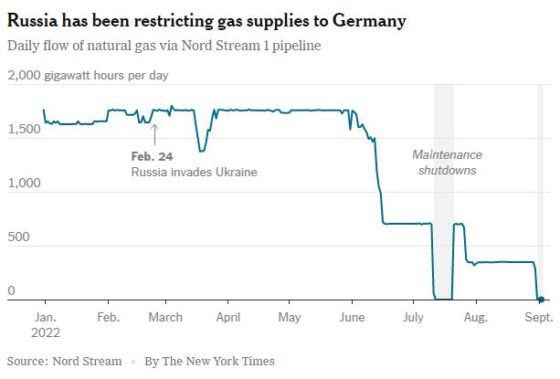 One German minister is standing on principle, but also not caving to the games Russia is playing, even if it leaves Germans shivering in the cold.

Only time will tell if this was a wise move or not. Meanwhile, Russia’s Foreign Minister, Sergey Lavrov played gotcha with her stance.

"The Russophobic obsession manifests itself in everything. Yesterday, as I read, German Foreign Minister Annalena Baerbock said:

'Yes, our citizens are suffering, but they will have to suffer because we will definitely support Ukraine.' pic.twitter.com/jQCxOJuZAL

Meanwhile, there is pushback from the companies involved.

Gazprom claims that there would be no place to carry out repairs, but Siemens announcement suggests that Russia is weaponizing energy supply on a larger scale after the G7 oil price cap

As has happened many times before in many different ways, people’s way of life is being weaponized. Do Europeans want fuel and heat this winter? Then they should cave to Russia’s demands.

What the climate change/green new deal people (Hello GRETA!) fail to realize is that even THEIR political stances are being utilized against them. Putin doesn’t care about saving the planet. He doesn’t care about clean energy and getting rid of fossil fuels. Putin is about power. And he will use any method, any means he can to retain that power. If that means cutting Europe off from fuel this winter, then so be it.