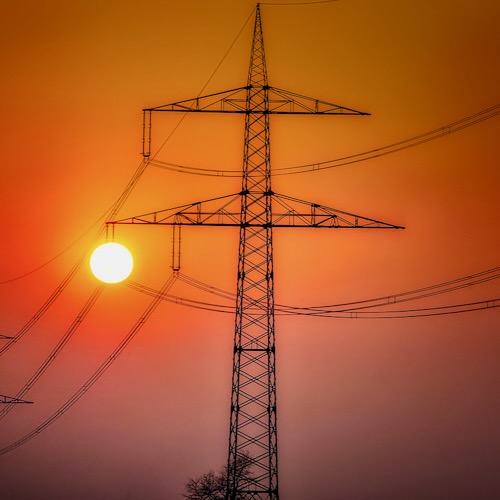 Germany is dealing with a major energy shortage due to Russia’s games and the country’s asinine green energy push. So much so that many cities across the country are putting major restrictions on power use.

Officials in the central German city of Hanover have announced plans to cut energy consumption by 15% ahead of the expected gas shortage this winter.

The city has become the first major European city to switch off hot water in public buildings, with no warm water in washrooms and no hot showers at swimming pools and sports halls.

Hanover joins other German communities in seeking to limit consumption as the threat of a full or partial shutoff of gas from Russia looms over sanctions and the war in Ukraine.

What are the measures?

The city will limit the period in which public buildings are heated between October and March, with the maximum temperature generally set at 20 degrees Celsius (68 degrees Fahrenheit).

In storage areas and on public transport, that maximum will be between 10 and 15 degrees. Heating, more generally, will be switched off or lowered in areas where it is not strictly necessary.

Sports halls and gyms would also be asked to limit heating to 15 degrees, with no more warm water when showering.

There will be no more outdoor lighting of public buildings, museums and sights, with wider efforts to limit permanent lighting inside buildings. Public fountains will also be shut down.

Hanover, Berlin, Nuremberg, Bavaria and more are actively considering making these changes. The news is reporting that it’s because Russia has cut the NordStream pipeline supply by at least another 20%. Therefore, Germany can’t build up fuel reserves in time for the winter months.

This is coming at a time when the rest of the EU countries are ALSO considering fuel rationing due to Russia’s games and the EU’s own climate change blindness.

Energy ministers from the 27 member states, except Hungary, backed a voluntary 15% reduction in gas usage over the winter, a target that could become mandatory if the Kremlin ordered a complete shutdown of gas to Europe.

First, a 15% reduction in use of gas/fuel not only causes issues for heating homes, cooking, and restaurants, it ALSO will cause more problems for the delivery of goods and services across the whole of Europe. But wait! They’ve gone all in on wind and solar, so there shouldn’t be a problem…right? Oh, but there is. So much so, that even as fuel rations are being announced, Germany has backtracked on shutting down the last three nuclear plants and is considering RESTARTING several others!

How’s that climate change wind/solar working out for you now?

Remember, Germany was warned that their climate change agenda was going to cause problems.

Are they laughing now? I bet not. What the EU and Germany are experiencing should be a major warning to the U.S. Except there are far too many who aren’t listening, or are intentionally ignoring reality. Hello John Kerry with his massive carbon footprint!

We have the new Inflation Reduction Act that is chock full of Green New Deal crap that has, as we’ve pointed out many times, ZERO ROI and will hurt the poor and middle class the most.

Secondly, Hawaii just made a boldly stupid move in the name of ‘saving the climate.’ You see, they just received 15,000 pounds of coal. It will be used to keep Oahu’s power plant running for just a little while longer. This power plant is that island’s MAIN source of power.

This week Hawai‘i is receiving its final shipment of coal. This is a huge step forward in Hawaiʻi’s transition to clean energy. In its time, coal was an important resource for Hawaii and I’d like to thank the workers who have run our last remaining coal plant. pic.twitter.com/ZiorDSda17

Just as with California and Texas, want to bet there will be rolling blackouts? Or mandated reduction in use of power because whatever wind and solar Hawaii has won’t be enough to keep even half that state running?? Or, have the power market implode as it did with Australia this last month?

The fact is, while renewable energy sounds all great and wonderful, when the sun isn’t shining and the wind isn’t blowing (or blowing too much), the power grid will suffer.

Again, what is happening in Germany, Australia, and the EU should be a major warning for the U.S. Do we want our power to cost nearly .33 cents per kilowatt hour, which is what the current prices are for German households? Because that is where we are headed if we don’t get our government to get off the Green New Deal bandwagon.

Germany is learning some hard lessons regarding green energy right now, and those lessons should be a major warning to all of us here in the U.S.