Next post
From The VG Bookshelf: The Escape Artist 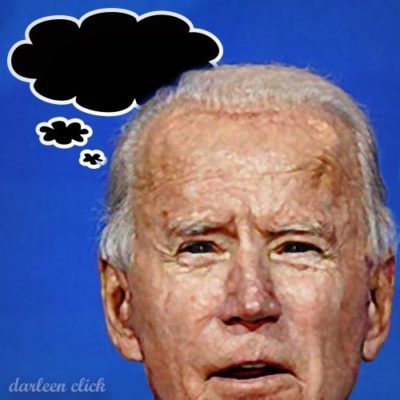 Joe Biden emerged out of his bunker where he was in an emergency meeting with top allies last night after learning a Russian-made missile fell on a village in Poland, killing two people.

According to CNN, Biden was in his final day at G20 in Indonesia when he learned the news.

Our friends at CNN are great at making old Joe sound savvy. We know the opposite of this is true but we’ve got to give them an A for effort, here. The missile fell on the village of Przewodów.Biden spoke earlier with Poland’s president and the NATO secretary general before sitting down to the roundtable.

Here is (most of) the video conference:

Honestly, the whole things was bizarre. This, after Biden called a lid and bowed out of the G20 dinner last night because of “health concerns”. Usher in the press. Biden has decided to appear at the round table-completely unmasked, by the way, to discuss what he knows about the explosion in Poland near the Ukrainian border to give us the answer we’ve all been wanting to hear from the leader of our free Republic.

Mr. President, can you please give us an update?

And while old Joe claimed to not know anything about this incident, he was quick to mention that “preliminary information” contests this missile was actually fired from Russia, even though it was, indeed a Russian-made missile.

I don’t want to say that until we completely investigate. It’s unlikely in the minds of the trajectory that it was fired from Russia. But we’ll see.”-Joe Biden

In the minds of the trajectory? Whatever in the world did he just say? In swoops CNN:

Biden had initially faced fears that his broad efforts in diplomacy faced the possibility of being overshadowed by his predecessor’s third run for the presidency.”-Kevin Liptak and Maegan Vazquez, CNN

Well, heck! Of course, it would. Which is why the guy who who was supposedly “concerned” of a COVID exposure, did not show up at the G20 dinner table yesterday had to get in-front of a situation and strike while the iron is hot last night. Joe Biden wanted to limit his interactions with other leaders at the G20 dinner on Monday night for fear of looking like a the complete and total incompetent boob that he is. Biden has been no stranger to masking his ineptitude. But last night (morning in Indonesia), Biden was wide awake after his hot cup of milk, an early bedtime, a warm blankie and a kick in the pants from Dr. Jill, who booted him out of bed to hold an “emergency roundtable”. After all, he’s gotta do something to keep (what little of) his mind active, right?

We agreed to support Poland’s investigation into the explosion in rural Poland, near the Ukrainian border, and they’re going to make sure we figure out exactly what happened.”-Joe Biden

Let’s break this down. It was a Russian-made missile. But it’s trajectory is uncertain? Imagine if Trump said this. CNN themselves would have jumped on this and the Trump haters would have said Trump was in bed with his buddy, Putin because Russia, Russia, Russia.

At the summit, Biden and most G20 members have been slated to sign onto a statement condemning Russia’s war in Ukraine ‘and the human suffering it has caused both for Ukrainians and for families in the developing world that are facing food and fuel insecurity as a result,’ according to a senior administration official previewing the statement. Such an expression of condemnation has been the work of months of diplomacy between G20 leaders. However, it’s not clear yet exactly which countries will sign onto the declaration.”-Kevin Liptak and Maegan Vazquez, CNN

Condemning to come later in a statement. In the meantime, Joe Biden will issue a statement that he is “not sure” the missile came from Russia. No condemnation of human suffering coming from this mindless coward. For now, a simple “no” will have to do. We’ve gone from meaningless word salads to one-word answers with this guy.

Don’t answer that one.

We wait for more insight from Mr. Biden. Perhaps his own “intelligence” will reveal other information later on. You know, when the teleprompter and the cue cards are ready.