The Bernie Sanders campaign looked at the calendar and realized that Tuesday’s debate is the last time they will face off before the Iowa caucus. So the time for polite disagreements between the front-runners has come to an end.

Elizabeth Warren has serious and legitimate concerns that she doesn’t appear “electable” enough to Iowa voters, and spent all weekend trying to reassure them that she totally could take on Donald Trump mano a mano this fall. However, Bernie Sanders – who currently does hold the lead in Iowa – is taking the gloves off. That means that all the Democrat primary contenders are now fair game in his eyes.

Scoop: Bernie stealthily goes negative on Warren w/ a volunteer script to tell Warren-leaning voters that she only appeals to the "affluent"/"highly-educated" &
"She's bringing no new bases into the Dem Party" (I re-typed script below to protect sourcing) https://t.co/4IxNYNosrO pic.twitter.com/afussXPPlB

should have been in 1st tweet but WITH @HOLLYOTTERBEIN. (follow!)
The script also takes aim at Biden: “he doesn’t really have any volunteers” and that “no one is really excited about him.”
Plus attacks Pete for low African American and youth support
Biden camp responds pic.twitter.com/UAyZiSyEN3

This gave poor Lizzie a sad. After all, she and Bernie have either complimented each other or outright ignored each other on the debate stage – apparently by mutual agreement – up until now.

“I was disappointed to hear that Bernie is sending his volunteers out to trash me,” Warren said. “Bernie knows me, and has known me for a long time. He knows who I am, where I come from, what I have worked on and fought for, and the coalition and grass-roots movement we’re trying to build.”

This has always been a huge blind spot for Warren, who never seemed to understand that she and Bernie were competing for the exact same voting base within the party. Now that Bernie is trying to assert himself as the OG Socialist, that means Warren is going to “feel the Bern,” as it were. And the Bern says that she’s merely a pretender to the socialist mantle, while he has been and always shall be a dyed-in-the-wool honeymooner in Soviet Russia.

Biden won’t win Iowa (he probably thinks he’s campaigning in Ohio, anyway), but if Bernie can pull off wins in Iowa and New Hampshire and possibly pull off an upset in Nevada, it will make the recovering heart attack patient a formidable opponent. Biden is depending on his minority support in South Carolina to keep him in this primary race, but that becomes harder if Bernie manages to sweep up the first three states. Bernie nearly took out Hillary Clinton last time on the strength of his grassroots movement, and it’s debatable that without the DNC shenanigans, he might have been the nominee.

Which leads to a very interesting question just posed by House Minority Leader Kevin McCarthy – was the Pelosi impeachment strategy an intentional boost to the Biden campaign?

Speaking on Fox News’ “Sunday Morning Futures,” McCarthy said he believes that the Democratic establishment doesn’t want Sanders, an independent from Vermont who caucuses with the Democrats, to win the party’s nomination and that Pelosi is holding the articles of impeachment in order to keep Sanders off the campaign trail in the lead-up to the all-important Iowa caucus next month.”

This certainly puts an interesting spin on the Pelosi strategy, right? After all, this entire “hold the articles for leverage” idea was dumber than Nancy’s dentures to begin with, and resulted in making the impeachment look partisan and weak. But what if Pelosi decided she could kill two birds with one stone? What if she knew that she could placate the base with an impeachment that ends up going nowhere, AND cripple Bernie Sanders (and Elizabeth Warren) at the same time, giving Biden an edge in campaigning? Now, I think it’s unlikely – given the level of brain power that we’ve seen out of the House Speaker when it comes to controlling her caucus – that Pelosi actually thought this far ahead and planned for this outcome. But hot damn, the end result is the same. A Senate trial is not something that any of the senators that are currently campaigning will be able to duck out of and avoid. Their butts are going to be in the Senate chambers for as long as it takes.

So of course Bernie is taking the gloves off now, against Biden and especially to win back anyone who might be supporting Warren, in anticipation of being handcuffed by a Senate trial where the exercise is pointless, the outcome inevitable, and the damage to his campaign incalculable. The big question is, will Bernie (or Warren, or Klobuchar) say anything about how the mandatory Senate trial attendance is going to end up hurting them during tomorrow night’s debate? Or will they gamely stick to the “ORANGE MAN BAD” script, even though it gives Biden and Buttigieg plenty of elbow room, potentially for the entire month of February and the first three elections? 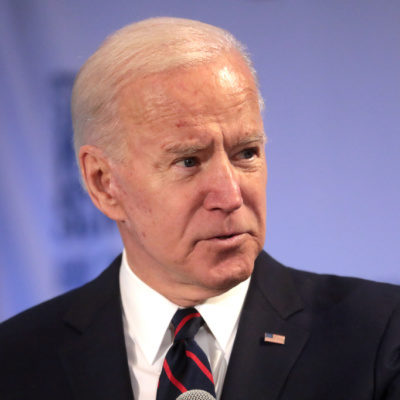