Previous post
Christopher Wray: The FBI Has Regrets About FISA "Errors And Omissions" 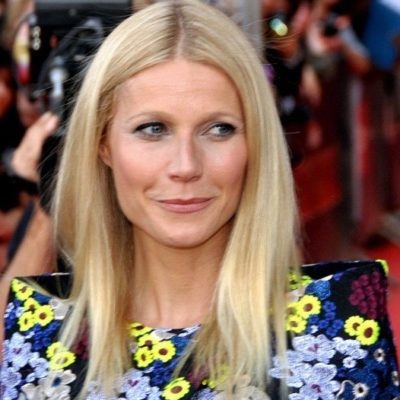 by Lisa Carr in People 16 Comments

Hollywood is keeping it classy once again. This from the files of Gwyneth Paltrow’s ridiculously over-priced lifestyle site, Goop. Wait for it, folks…it’s a candle. The scent? “Smells like My Vagina”.

People are dropping $75 a pop to sniff Gwynnie’s coochie, apparently. This from the website:

With a funny, gorgeous, sexy, and beautifully unexpected scent, this candle is made with geranium, citrusy bergamot, and cedar absolutes juxtaposed with Damask rose and ambrette seed to put us in mind of fantasy, seduction, and a sophisticated warmth.”-Goop

Some people had other ideas of what will waft from this candle when lit (some comments NSFW):

Gwyneth Paltrow came out with a $75 candle called “This Smells Like My Vagina.”

So what do you guys think it smells like? I’m going with kale and turtle water. 👌🏻

Unfortunately Gwenyth Paltrow's "Smells Like My Vagina Candle" was sold out so I settled for this one instead…… pic.twitter.com/2dF6bk1jBd

Paltrow has created an empire for herself with the lifestyle and “wellness” site to include opening a New York boutique in an upscale neighborhood where women with more money than brains spend thousands of dollars on boring clothing ensembles combined with vitamin packs and Hermes purses. Hey, they’ve spent $120 on stickers to rebalance “energy frequencies” in their bodies. They’ve gone to the plastic surgeon and spent thousands on boob lifts because an article in Goop said “underwires cause breast cancer”. They’ve taken unhealthy (and medically dangerous) weight loss advice from Goop’s articles. Why wouldn’t they buy Gwyneth’s candle that smells like her va-jay-jay?

So, the big question is, is this the scent before or after she sticks the $66-dollar jade eggs and crystals up in there? Is this scent pre- or post- vaginal steam?

Or was it before Harvey Weinstein took his liberties? Oh, right. We forgot. Weinstein never had his way with Paltrow. She was part of the elite with plenty of her own trust fund to walk away and refuse his advances. Got it. Must be why she smells so…uh, “pristine”.

The whole “Smells Like My Vagina” bit stemmed from a conversation Paltrow had with her candle guru from Heretic Parfum. It started out as a joke and they both thought it would be a faaaaaaabulous idea to dub the scent as such. Seriously. What’s next? “Smells like my armpits”? “The Stench of My Louboutins After a Self-Aggrandizing Awards Show”? Perhaps Ms. Paltrow will bottle her “delightfully fruity”-flavored urine as a weight-loss serum? Or maybe market some of her “gritty, oaky, earthy with notes of berries and corn” excrement to infuse in a new clarifying facial scrub? Oh, so many options for overpriced crap await you at Goop on Bond Street! Because everyone wants to smell Gwyneth Paltrow’s intimate parts! She smells like Geranium, citrusy bergamot, cedar absolutes with a juxtaposition of Damask rose, after all. And she thinks her “scent” is funny, gorgeous and beautifully unexpected? Full of yourself much there, Gwyneth?

It smells like hubris, opportunism and a total lack of self respect!

Why does some pretentious, elite, vacuous actress think anyone wants to smell her down there? And why, pray tell, are idiots buying this at $75-a-pop? I personally love the smell of Italian Bergamot. But a candle that may have otherwise smelled divine is now tainted with the scent of Gwyneth Paltrow’s vagina! These self-important clods ruin just about everything. Imagine a guy marketing a candle like this to smell his nether-regions? Liberals would be all over it to get this operation shut down because a man is shoving his parts in the faces of would-be consumers. It’s perfectly okay though, for loonies like Paltrow to tie it all up in a pretty, overpriced package and shove their vaginas in the faces of consumers. While doing this, they bitch about how they are viewed as disposable sex symbols by the “patriarchy” and how their rights are violated and they demand respect. Vagina candles at $75 dollars each. This is one of the plethora of reasons why I hate these people.