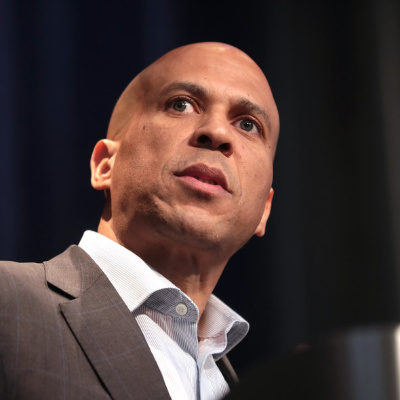 Next post
"Spartacus" Booker Drops Out Of Presidential Race 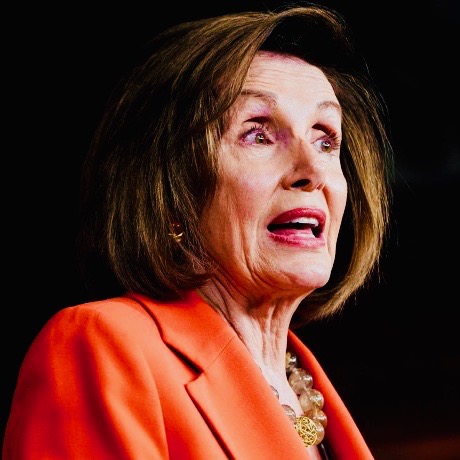 Nancy Pelosi had her own “some people did something” moment yesterday. She made it clear that she could care less about the Iranian protestors while talking with George Stephanopolous on ABC’s This Week.

Pelosi dismisses protests in Iran against regime, "different reasons why people are in the street"https://t.co/weKuQ6fSlO pic.twitter.com/q9YwCUZrQ9

Nancy literally “whatevered” Iranians who are courageously standing up to one of the most evil and oppressive regimes in the world. She completely dissed Iranian citizens who know that they could be killed for what they are doing.

“On Saturday, White House Press Secretary Stephanie Grisham tweeted: “Protests happening in Tehran. Among other things, Iranian protesters reportedly chanting: ‘The regime told us our enemy is the US. But actually, our enemy is right here” (referring the regime itself).”

It’s a pretty fair bet that Nancy knew about the purpose of the protests. Yet she still went with the ‘some people are doing something’ gambit. Heck, she even went on a ramble about the 75th Anniversary of the Battle of the Bulge as if that had anything to do with what is going on with Iran!

During the Green Revolution, Obama kept his mouth shut. Essentially he supported the regime by not saying a word in support of Iranians wanting freedom. Compare that deafening silence with President Trump’s long standing advocacy of Iranian freedom and his support tweet this weekend,  IN FARSI.

““To the brave and suffering Iranian people: I have stood with you since the beginning of my presidency and my government will continue to stand with you. We are following your protests closely. Your courage is inspiring,””

Nancy had a major opportunity to support Iranians who want to climb out from under the yoke of the mullahs, but what does she do instead? Disses them.

Needless to say, Iranians here in the U.S. and abroad were less than thrilled with her statements. Heck, I’d say they were pissed. Hence the terrific hashtag #NancyPelosiFakeNews. And no, they aren’t Russian bots.

I don’t blame them for being angry. Nancy would rather talk about impeachment and crow about her toothless War Powers resolution instead of standing up for Freedom for Iran. She has chosen to kowtow to terrorists and dictators in China (see her non-existent support for Hong Kong) instead.

Compare Nancy’s diss with the statement from the only Iranian woman to win an Olympic medal.

“The sole woman from Iran to win an Olympic medal has defected from the country, announcing her departure in a statement that accused the government of “hypocrisy,” “injustice” and oppressing women while using them as political tools.

Kimia Alizadeh, who won a bronze medal in taekwondo at the 2016 Olympics in Rio de Janeiro, shared the news on her Instagram account Saturday.”

News of Kimia’s defection was known around the world by the time Nancy sat down at the studio. Yet she still dismissed Iranian protestors as no big deal.

Read Kimia’s complete statement. It is quite something.

“I turned my back because I am a human and I want to stay a human. In your male dominated and female oppressing minds you always thought ‘Kimia is a woman and will not speak.’ My tortured soul will no longer serve your filthy political endeavors nor your dirty economic dealings.”

Nancy wants us to ignore Kimia and this.

Students at Beheshti University of Tehran Refuse to Walk Over U.S., Israel Flags, Boo People Who Do pic.twitter.com/hVPMONwwve

And she’d really like us to ignore the women.

Amazing. These women are warriors. https://t.co/HKGUyuu5ig

Will Nancy have anything to say about the reports that live ammunition was fired at Iranian citizens?

Banners with photos of the Ayatollah and Soleimani were getting wrecked by Iranians, yet Nancy could care less about that.

Then again, she’s been doing her damndest to try and protect the Iran Deal because Obama, so it’s understandable that she’s be so incredibly insensitive and dismissive of Iranian citizen’s desire for freedom.

Rep. Brian Mast, who lost his legs to an IED that was likely funded by one of Soleimani’s proxy terrorists, had more than a few things to say regarding Democrats and the media coddling the Iranian government.

“”His life’s work was to kill and maim our U.S. service members,” Mast told the “Friends” hosts. Soleimani “ended up in a number of pieces on the side of a road next to the Baghdad airport. And, that’s exactly the way it should have ended for him.””

Watch Mast’s floor speech here. Nancy really should have a discussion with Rep. Mast about this, but she won’t.

According to Nancy Pelosi, Iranian citizens doing stuff must be ignored because Trump. She’s such a lovely person isn’t she?