Next post
Katie Hill, Will You Please Go Now! 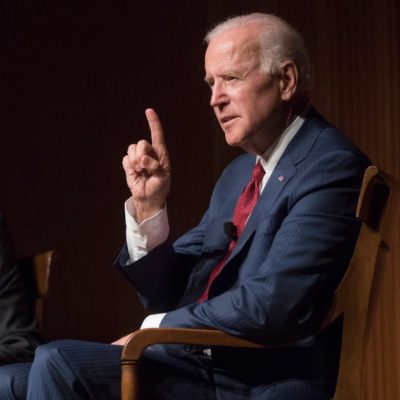 Joe Biden did not have a good weekend in Iowa. At all.

The former vice-president had nearly everything a candidate would want to start off his campaign with (except the endorsement of his former boss, which Biden still totally swears that he’s fine, FINE, with not having) – the name recognition, the White House experience, the long career in politics with no surprises left to be had. However, nothing has turned out the way that ol’ Joe thought it would.

But the picture looks different in the state with the first contest, which at times has been an outlier but where the results can serve as a burst of momentum for a candidate at the start of voting. During a four-day swing across Iowa, Mr. Biden said he was the candidate best-positioned to challenge President Trump next November. He made his appeal before crowds numbering in the hundreds and meeting in intimate venues, a contrast to the larger rallies held by Ms. Warren, Mr. Sanders and Mr. Buttigieg.

During Friday night’s Liberty and Justice Celebration, a section of seats near the top of the arena that had been assigned to Mr. Biden’s campaign was largely vacant.

Well, it’s not like Joe could tell where the audience was anyway at this event. Fair warning – you are going to have a hard time believing your eyes on this one.
https://twitter.com/michaelbeatty3/status/1190461101470650368
It’s clear that Grandpa Joe is refusing to be saved from himself, or any one of these gaffes would have done him in a long time ago.

At the fish fry in Cedar Rapids, Biden says he’s in Ohio instead of Iowa. Quickly corrects himself but I spotted some in the crowd shaking their heads.

But while Biden is continuing to fumble and bumble his way across Iowa, Elizabeth Warren is getting help from comedy “professionals.” As in, she’s getting some pretty overall kind treatment from “Saturday Night Live.”

The skit could have really roasted her about her Medicare For All tax structure or math (which it only lightly jokes about), but nope, Warren is the media’s current darling. And her supporters are determined to make her funny or collapse while trying.
https://twitter.com/WarrensMemeTeam/status/1190884401061781504
Warren’s campaign is guilty of trying too hard to make her “funny” in order to make her appear human and relatable. Anyone else remember her “I’m gonna get me a beer” livestream?

The Biden campaign, on the other hand, is desperately trying to make ol’ Joe look serious and statesman-like (and not seriously swampy), but it’s really hard to do that when your candidate can’t find the audience on the stage, or continues to flub which state he’s in. If no one close to Grandpa Joe has the guts to tell him to quit, then we all may as well enjoy the show while it lasts. It might make us cringe every time, but at least it’s free entertainment.