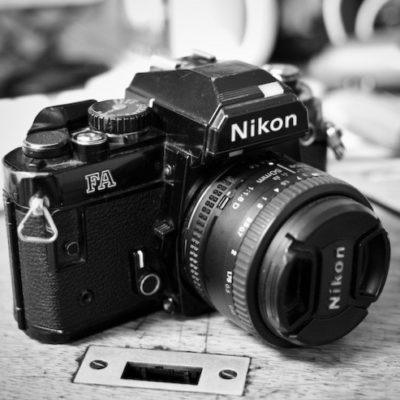 Associated Press (AP) photographers were awarded the coveted Pulitizer Prize yesterday for photos which captured pain in a the COVID-19 pandemic and, as AP likes to word it, “protests against racial injustice”.

AP’s chief photographer in Spain, Emilio Morenatti, won the feature photography prize. Now, no offense to Morenatti because we don’t know the guy, but get a load of what J. David Ake, AP assistant managing editor and director of photography had to say:

The outstanding work of the AP photography staff in covering racial justice protests and Emilio Morenatti’s compassionate, yearlong look at the impact of COVID-19 on the elderly in Spain are two shining examples of what photojournalists strive to do everywhere: use light and shadow to bring knowledge and understanding to all corners of the globe.”-J. David Ake

Use light and shadow? Morenatti may be a shining example of an AP photo journalist as he rode through the streets of his native Spain, on his scooter capturing despair and sadness. He’s experienced life in a few war zones and even got half of his leg amputated below the knee after being hit by a roadside bomb, but light and shadow means nothing to the individuals who call themselves “journalists” and put words to paper. While a picture tells a story, the words tell us something different. A picture, after all, is open to interpretation. But the choice of words in AP News stories, on the pages of The Washington Post, and out of the lips of those on CNN and our other news outlets? I’d be hard-pressed to say that those individuals are, (ahem), “striving to bring knowledge and understanding to all corners of the globe”.

Morenatti of AP won the Pulitzer for his haunting depiction of the toll of COVID-19 on Spain’s elderly population. One photo depicts healthcare workers walking away from a dead, elderly man. The other depicts a masked, elderly couple kissing through a plastic sheet, embracing one another while wearing plastic gloves.

And while our elderly parents, grandparents, family, friends and neighbors locked themselves up and isolated themselves in fear, and in some extreme cases, paralyzing fear for almost a year and a half, AP was also busy telling us that the Coronavirus, according to WHO, did not leak from a Wuhan lab. AP also neglected to dive into stories such as Andrew Cuomo’s nursing home atrocities. But AP jumped at the chance to call former President Trump the “alternative facts” President? They’ve also jumped at the chance to declare Joe Biden our new President on November 7, 2020 before all votes were properly counted.

The Associated Press declares Joe Biden the winner of a grueling campaign for the American presidency. He will lead a polarized nation through a historic collision of health, economic and social crises. #APracecall pic.twitter.com/lInwqjX3PB

Light and shadow. Knowledge and understanding.

Um, AP? Are you there? Who published an article promoting known racist President’s known racist son‘s book back in February, with a quote from the mentally unstable author known as Stephen King?

Biden remembers it all and tells it all with a bravery that is both heartbreaking and quite gorgeous.”-Stephen King

(Gag.) No, Mr. King. Nothing is gorgeous about the crack-abusing womanizing, f–k-up son of our current President but let’s roll this train back to the station, shall we? AP chose to publish this article promoting the President’s son and his new book. But AP also chose to remain largely silent on Hunter Biden and his racist remarks as of late. Light, meet shadow. No need to “bring knowledge and understanding” here. Guess that story did not make the cut, AP?

And while we are on the subject of racism, AP took another Pulitzer in the category of breaking news photography and the photo journalists who captured, what they call, “U.S. unrest”.

AP photographers captured close-up images of demonstrators with fists in the air and sometimes violent conflicts with police. One widely published photograph by Julio Cortez on the night of May 28 in riot-torn Minneapolis shows a lone, silhouetted protester running with an upside-down American flag past a burning liquor store.”-Michael Hill, AP News

Again, no offense to Julio Cortez for his award-winning depiction of a “protestor” running past a burning liquor store (that some other “demonstrator/protestor” set on fire, no doubt). This was just a symbol of the unrest in America. Demonstrators with fists in the air were also the ones who threw rocks at windows, who torched buildings, who looted businesses and trashed hard-working, innocent people’s vehicles and homes in these cities while parading through the streets with upside-down American flags.

Damn, should've gotten one for being the spokespeople for Hamas in Gaza

These Pulitzer-winning AP photographers may have raw talent in capturing a story and conjuring up many emotions with the lens but, sadly, whatever story they are trying to tell, whatever creativity and emotions they are trying to strike, is lost on some. Why? Because our popular journalists showcasing their writing prowess choose to use biased language. Our talking heads providing our “news” are largely of one political persuasion. Our editors and producers want to provide a slant and push a narrative. They cannot help themselves. Objectivity in print and in broadcast has become a notion of the past, fading into the shadow. We can only hope for more light.